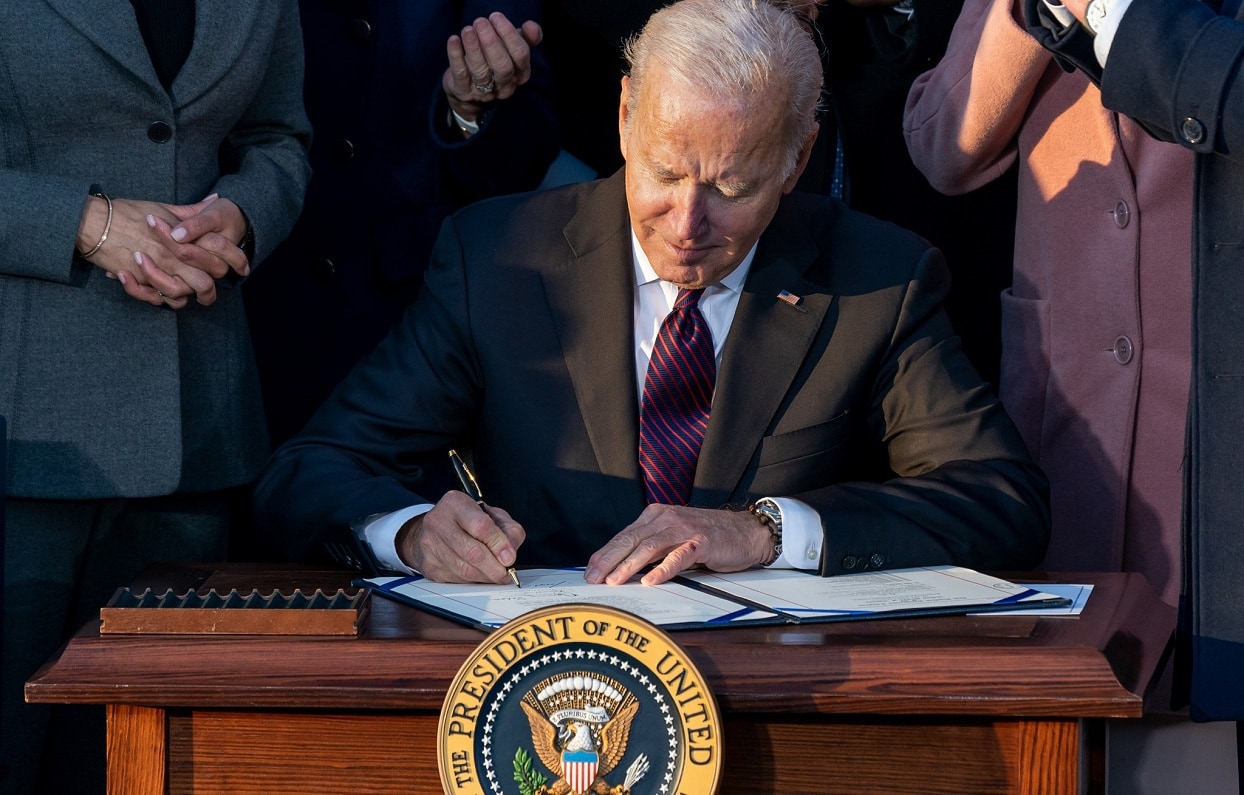 President Joe Biden’s “Summit for Democracy” is approaching. In early December, announced the State Department, “President Biden will host the first of two Summits for Democracy, which will bring together leaders from government, civil society, and the private sector to set forth an affirmative agenda for democratic renewal and to tackle the greatest threats faced by democracies today through collective action.”

No doubt, democracy is important, though Winston Churchill’s joking description of the system as the worst one, except for all the others, certainly seems to apply these days. And one can argue that Washington is showing a bit more chutzpah than usual hosting such an event, given America’s own difficulties in this regard. Most serious is a Republican Party that has turned into a conspiracy-mongering personality cult, highlighted by a faithless congressional leadership whose only principle is to do anything to get reelected, even protect those who sought to destroy democracy by preventing the peaceful transfer of power.

Moreover, democracy is only indirectly related to liberty. It is hard to imagine a free society that does not have a democratic government. However, common are democracies that are not particularly free. Yet there is nothing in the Biden administration’s approach to indicate any interest in the substance of liberty, in contrast to the process of democracy.

Biden’s invitation list reflects this tension. He sent 110 invitations, including more than half of the members of the United Nations. That statistic alone suggests the administration might have been a bit too generous in assessing fitness to join a gathering of states presumed to do more than occasionally hold elections in which the votes are usually more or less accurately counted.

The best news is that the administration avoided any truly ostentatious kowtows. For instance, the Saudis were left off the list even though the administration has been sucking up to Crown Prince Mohammed “Slice ‘n Dice” bin Salman—responsible for the murder and dismemberment of journalist Jamal Khashoggi—in hopes of lowering oil prices. Apparently labeling an absolute monarchy, which holds some local votes, as a democracy was too great a reach. Turkish President Recep Tayyip Erdogan’s promiscuous imprisonment of opponents, critics, and independents apparently overshadowed his willingness to continue holding elections, after rigging everything else. Also absent were Central Asia’s “Stans,” a truly odious oppressive lot among which Washington has been hoping to plant a military base.

A couple of apparently calculated omissions stand out. Most notably Hungary, which Freedom House rates as “partly free” but which is set to hold what appears to be a competitive election next year and which is notably more democratic than other attendees, such as Angola, Democratic Republic of Congo, and Iraq, which all fall into FH’s “not free” category. Also not coming is Singapore, perhaps because it is an authoritarian system that bankrupts rather than jails its opposition, or possibly because it was afraid that attending might offend China. Moreover, Lebanon doesn’t appear on the list, presumably because of Hezbollah’s outsize role, yet Israel is going, despite ruling over millions of Palestinians with minimal political rights.

The bigger challenge will be winning any agreement from such a motley lot. The administration expressed its objectives: “Leaders will be encouraged to announce specific actions and commitments to meaningful internal reforms and international initiatives that advance the Summit’s goals. These pledges will include domestic and international initiatives that counter authoritarianism, combat corruption, and promote respect for human rights.”

The president apparently believes that these 110 very different nations share the general objective to serve their peoples well, both honestly and competently. Does anyone else reviewing the list believe that? Once one moves beyond Europe, North America, and select Asian states, the quality of democracy falls rapidly. And the degree of freedom varies dramatically.

Start out with the ostentatiously unfree invitees. FH accords Angola a score of just 31 out of 100, explaining that: “Angola has been ruled by the same party since independence, and authorities have systematically repressed political dissent. Corruption, due process violations, and abuses by security forces remain common. Since President João Lourenço’s election in 2017, the government eased some restrictions on the press and civil society, but challenges persist.”

The Democratic Republic of Congo comes in at only 20. FH is correspondingly harsher: “The political system in the Democratic Republic of Congo (DRC) has been paralyzed in recent years by the manipulation of the electoral process by political elites. Citizens are unable to freely exercise basic civil liberties, and corruption is endemic. Physical security is tenuous due to violence and human rights abuses committed by government forces, as well as armed rebel groups and militias that are active in many areas of the country.”

Then there is Iraq. It has elections and Joe Biden is the fourth US president to wish for a political renaissance to help redeem the worst foreign policy disaster at least since Vietnam. However, putting Iraq with a score of 29 in the same category as Finland and Sweden, which earned perfect 100s, is a stretch.

Explained FH: “Iraq holds regular, competitive elections, and the country’s various partisan, religious, and ethnic groups generally enjoy representation in the political system. However, democratic governance is impeded in practice by corruption and security threats. In the Kurdistan region, democratic institutions lack the strength to contain the influence of long-standing power brokers. Increasingly, Iran has been able to influence politics in Baghdad. Civil liberties are generally respected in Iraqi law, but the state has limited capacity to prevent and punish violations.”

One of my favorite “democracies” on this list is Pakistan: “Pakistan holds regular elections under a competitive multiparty political system. However, the military exerts enormous influence over security and other policy issues, intimidates the media, and enjoys impunity for indiscriminate or extralegal use of force. The authorities impose selective restrictions on civil liberties, and Islamist militants carry out attacks on religious minorities and other perceived opponents.”

Fiji also is no political paradise: “The repressive climate that followed a 2006 coup has eased since democratic elections were held in 2014 and 2018. However, the ruling party frequently interferes with opposition activities, the judiciary is subject to political influence, and military and police brutality is a significant problem.” And India has been moving backward, the conscious decision of an increasingly authoritarian government: “India’s status declined from Free to Partly Free due to a multiyear pattern in which the Hindu nationalist government and its allies have presided over rising violence and discriminatory policies affecting the Muslim population and pursued a crackdown on expressions of dissent by the media, academics, civil society groups, and protesters.”

So much for “democracy.”

The Biden administration might imagine that its chief objective is helping attendees develop a plan to restrain authoritarianism, corruption, and human rights violations. Yet many of the rulers, especially in the “not free” and “partly free” categories, would prefer more authoritarianism, corruption, and human rights violations. And a commitment to a free society that includes democracy is not likely to be something that transfers by human osmosis, simply being in the same room as the prime minister of, say, New Zealand, which rated a 99 from Freedom House.

If the president wants more than a few PR photos, going forward he should hold small consultations, not large conclaves. Meet with representatives of confirmed democracies on how to meet common challenges. Meet with leaders of wavering democracies to make the case for rule-of-law societies that limit government dictates. Meet with representatives of emergent democracies on how to better manage the transition from authoritarianism to freedom. Meet with civil society organizations and activists on how to encourage democratization. Deal with systems where they are, focusing on moving them, steadily if not surely, toward better results.

Proposals for both a summit and organization of democracies always had a gimmickry feel. The administration’s coming conference is no different. There are better ways to promote a free society, which should be the ultimate objective.

Doug Bandow is a Senior Fellow at the Cato Institute. A former Special Assistant to President Ronald Reagan, he is author of several books, including Foreign Follies: America’s New Global Empire. Bandow is a 1945 Contributing Editor.