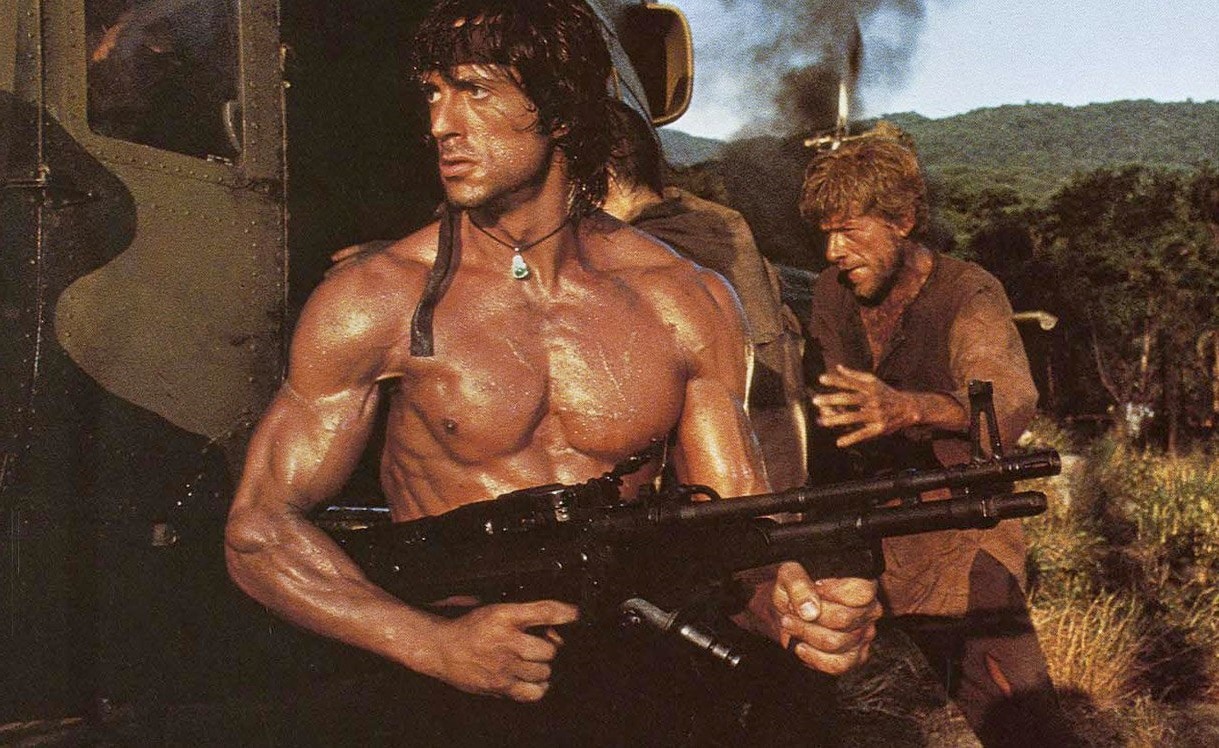 One of the most iconic scenes in the over-the-top Rambo: First Blood Part II involves the shirtless Sylvester Stallone wielding the M60E3 while firing from the hip. Even those who don’t know guns would recognize it as “Rambo’s gun.”

While Stallone’s handling was cinematic, to say the least, it was still a very real weapon that saw use with the U.S. military around the world.

The M60E3 is the scaled-down version of the M60 Heavy Machine Gun that was introduced in the late 1950s and used throughout the Vietnam War. It still fired the same 7.62x51mm NATO round and was fed from a disintegrating metallic belt, and even retained many of the overall design and internal mechanisms of the original M60, but the “improved” M60E3 was about five pounds lighter and five inches shorter. It was fielded with the intention to reduce the load carried by the soldier.

The weapon’s weight was reduced through the use of lighter parts as well as a thinner barrel, and that came with some notable tradeoffs. The gas-operated machine gun featured a short-stroke pistol and fired from an open bolt – and had a rate of fire of 550 rpm with a muzzle velocity of 2,800 feet per second. It was designed with fixed headspace, which allowed for rapid changing of barrels – something that was necessary as it was not safe for a sustained rapid rate of fire without the danger of catastrophic failure of the barrel. When firing 100 rounds per minute, it was necessary to change the barrel every five minutes, but at 200 rounds per minute, it was necessary to change out the barrel in just about two minutes.

The M60E3 machine gun also offered greatly improved ergonomics and included the addition of a forearm grip – something Rambo failed to use when he fired from the hip. In the course of the movie, Rambo is seen firing beyond the recommended limits and is never shown to have to change out the barrel of course, but soldiers in the field found that failure to do so would result in the noted barrel failure.

For those reasons, the M60E3 ended up being largely disliked by the soldiers who used it. Some of the design flaws were subsequently addressed in the M60E4 version, which entered production in the year 2000. This upgrade also added rails for 21st-century accessory requirements, the shortcomings couldn’t be overlooked. Despite these facts, the lightened M60’s days were coming to an end.

Even before the development of the E4 variant, the M60 was being phased out in favor of the heavier but far more reliable M240 – which itself will be replaced in the coming decade. But despite those facts, it is hard to overlook the fact that the M60E3 will remain iconic for its use in one of the most popular action franchises in cinematic history. It will forever be the gun of Rambo.