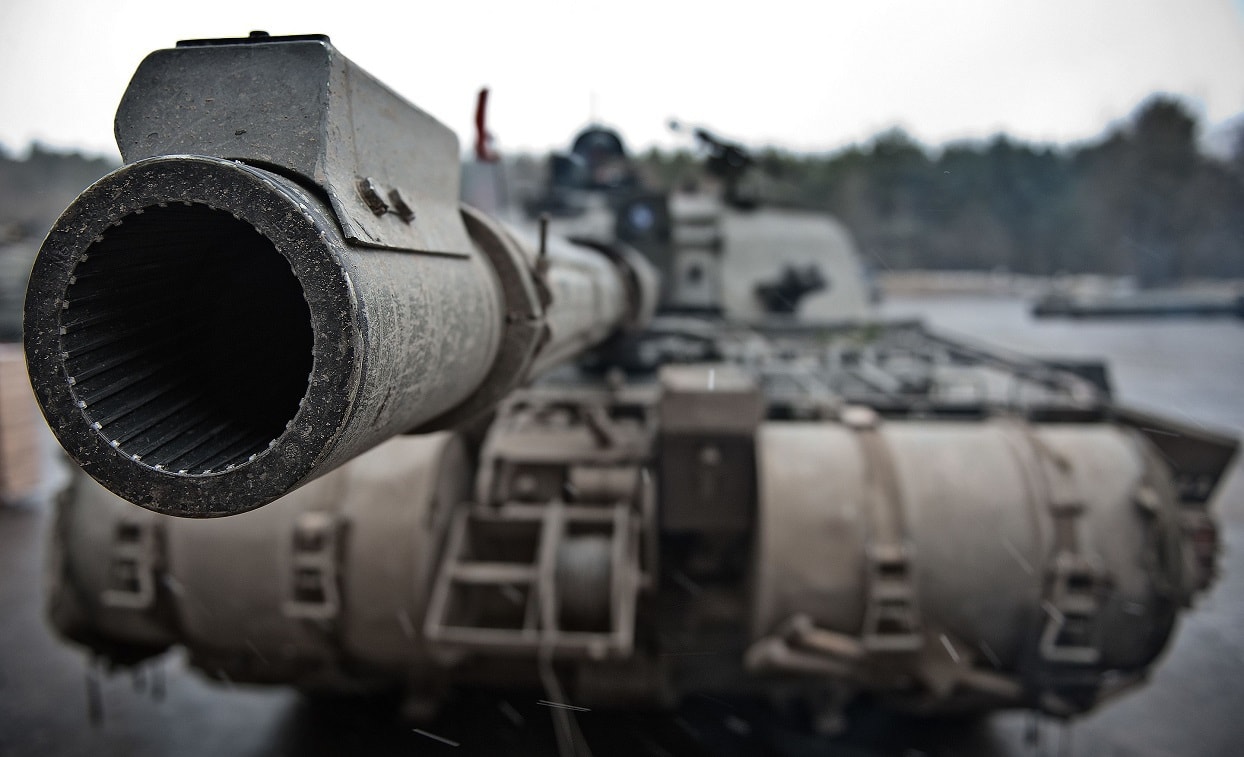 Britain will station an armored brigade in Germany, in a signal to Russia not to invade Ukraine.

It’s also a signal that the Cold War is back. Just a year ago, Britain withdrew most of its troops from Germany amid budget cuts.

Now, British forces are returning – but they will be strong enough to deter Russia?

“Under the new plans, extra tanks will be based at Sennelager, Germany, in the NATO Forward Holding Facility, meaning an entire armored brigade will be based on the continent for the first time since the drawdown after the 2010 Strategic Defense and Security Review,” according to the Daily Telegraph. “No additional troops will be posted back to Germany. Instead, units will rotate through Sennelager using the tanks on exercise or preparing them for deployment to Estonia.”

Lieutenant General Ralph Wooddisse, who is Commander Field Army, told the Financial Times that “we are putting a substantial number of our armored vehicles forward in order to be able to move more quickly should they be required anywhere on the continental land mass.”

“One government official would not be drawn on exact numbers but said the plans envisaged basing ‘hundreds’ of tanks and armored vehicles at Sennelager,” the Times noted.

It was 1945 when British and other Allied forces occupied Germany to eradicate Nazism. Those troops stayed through the Cold War – this time to protect Germany from the Soviets – as part of a British Army of the Rhine (BAOR) that comprised four divisions and 80,000 soldiers at its peak in the 1950s. By comparison, the entire British Army today numbers just 77,000 soldiers – and that number is slated to be cut to 72,500 by 2025.

By 2019, the British military presence in Germany had declined to 2,850, so shutting down the British military headquarters in February 2020 seemed logical. However, as Russian forces mass for what some fear could be an invasion of Ukraine, Britain faces a problem. Even if the UK does decide to militarily support Ukraine – whether by force or just beefing up forces in Europe – then transportation is a problem. As the U.S. has discovered since World War II, shipping heavy equipment overseas – especially tanks and armored vehicles – is a time-consuming process.

British armored units stationed in Germany could use road or rail transport to deploy to Ukraine, Poland or the Baltic States. Indeed, the British Army is reorganizing its overseas garrisons into three “land hubs” in Germany, Oman and Kenya, where they could both train and be available for operations in potential conflict zones. Oman will be the place where heavy units such as tanks will train.

But positioning tanks closer to Ukraine still leaves a deeper problem: Britain doesn’t have a lot of tanks to deploy anymore. With just 227 operational Challenger 2 main battle tanks – enough to equip four British armored regiments (actually closer in size to U.S. tank battalions) – there isn’t much depth to absorb losses. With Russia already deploying an estimated 100,000 troops and 1,100 tanks on Ukraine’s border, even 100 British tanks in Germany would be a less than an impressive deterrent.

On the other hand, any clash between Russian and British tanks could very well trigger a wider war between Russia and NATO – including the United States. British forces returning to Germany may be a hollow signal that Moscow may ignore, but it’s a signal nonetheless.