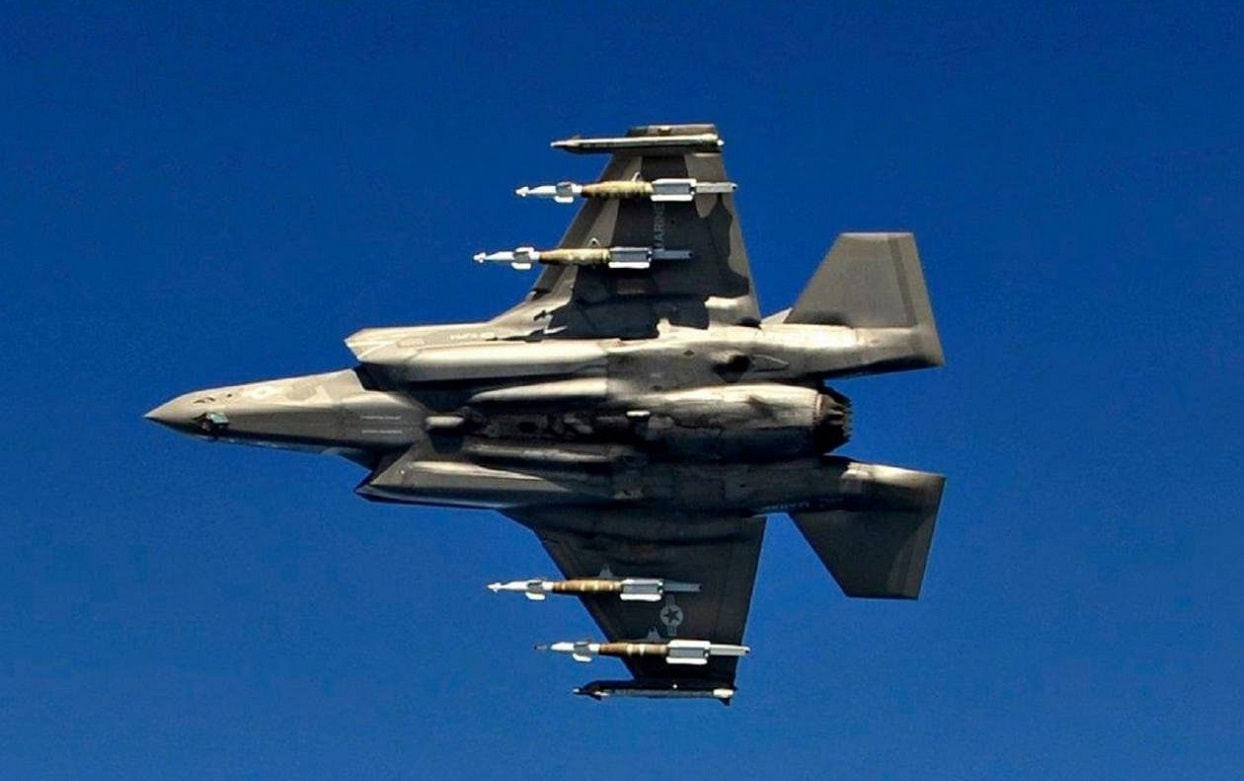 F-35 Beast Mode, Explained: One interesting aspect of the F-35 is its potential weapons load-out, not only munitions in its internal bays for better stealth, but extra bombs and missiles held externally on its wings. Normally the F-35 has 5,700 pounds of internal weapons. In so-called “beast mode,” it can carry an estimated 22,000 pounds of munitions – internally and externally. That’s nearly four times as much ordnance. But that does create a larger radar cross-section and limits its radar evasion capability.

First and foremost, the F-35s job is to establish air superiority and air dominance. During the early days of conflict, when air superiority hangs in the balance, defense planners may picture a role for the F-35 that includes clearing the major threats in contested airspace and then gathering intelligence, surveillance, and reconnaissance data to learn more about the enemy. This mode is called “Day One” of potential conflict.

Once air superiority is achieved, the F-35 can also carry a full complement of missiles and bombs to attack enemy installations and other ground targets – to serve as what many call a “bomb truck.” This is what Lockheed Martin was talking about when touting the Joint Strike Fighter’s ability to engage in multi-role air combat.

U.S. Allies Are Rolling with the Bomb Trucks

This summer the Royal Australian Air Force practiced such a beast mode role for the F-35A. There were assumed to be a full weapons load internally with various air-to-air and air-to-ground missiles, but the airplanes also carried four wing-mounted inert GBU-12 bombs. This was  what many refer to as beast mode. The Australian fighters ended up dropping their external bombs at a range during the Arnhem Thunder 21 exercise.

In the spring of this year, the Italian Navy’s F-35B short take-off and vertical landing STOVL variant conducted tests in beast mode with the aircraft carrier ITS Cavour, also utilizing inert GBU-12 bombs.

What Weapons Are We Talking About in Addition to the External Bombs?

For air-to-air missions, beast mode means 14 AMRAAMs and two Sidewinders. This would likely be on “Second Day” missions when air superiority has not totally been determined.

Again, air superiority should be established before beast mode is engaged. That means enemy aircraft and surface-to-air missile systems – along with radar installations – are neutralized. Stealth in this scenario is not as important. Beast mode creates a larger radar cross-section and thus the airplane will be more detectable by enemy sensors. Obviously, this is riskier than carrying a lighter weapons load internally. But air combat planners would assume a “Third Day” conflict with an enemy that has been substantially degraded, in which stealth is less of a deciding factor in the outcome.

This all assumes that Day One, Day Two, and Day Three go according to plan and we know that combat does not always follow such a simple formula. But F-35 beast mode is a reality, and it shows the overall strength of the Joint Strike Fighter.