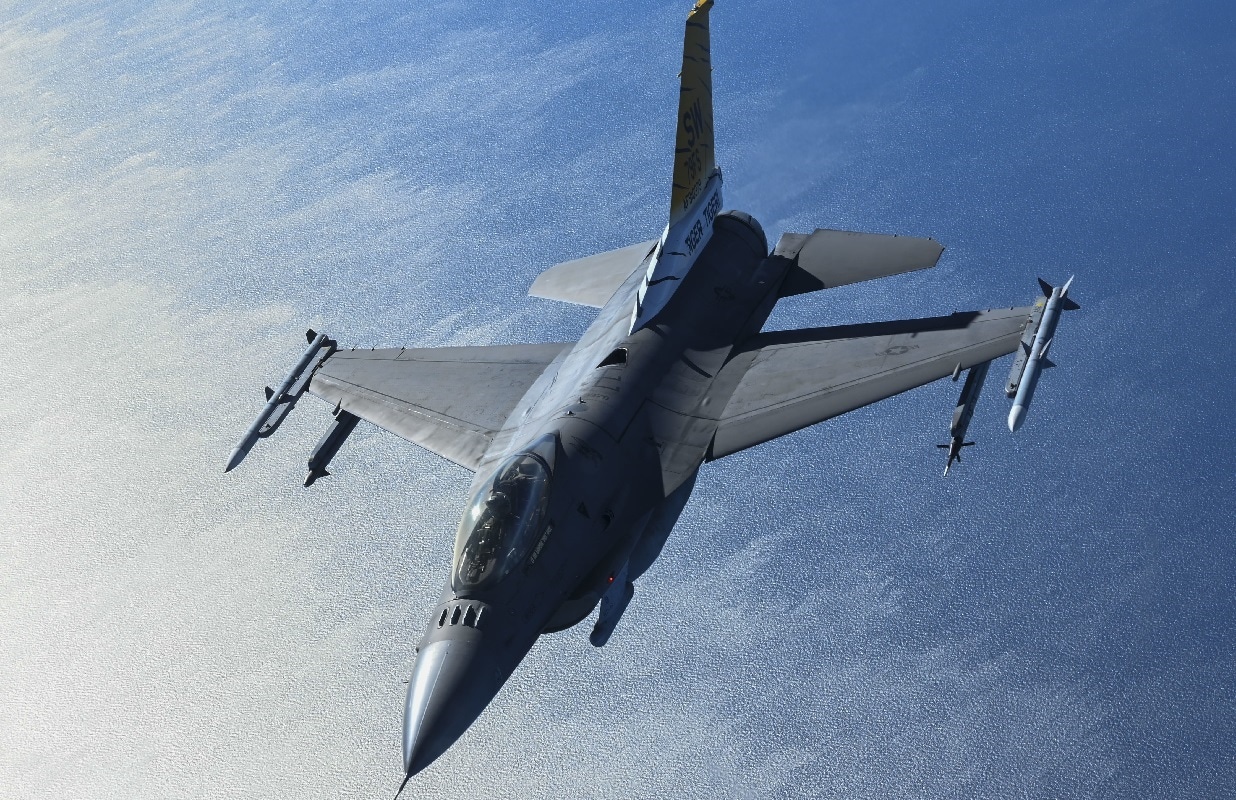 In auto racing, the “chequered flag” first made its debut at the Glidden Tours, an American road rally, in 1906. The modern “checkered flag” continues to mark the end of such events – but for the U.S. military, it means something very different. A Checker Flag is now one of the Department of Defense’s (DoD’s) largest air-to-air exercises. The large-scale aerial drills were designed to integrate fourth- and fifth-generation airframes to enhance mobility, deployment, and employment capabilities of Air Force aviators and maintainers.

The recently concluded two-week-long event focused on the integration of the Lockheed Martin F-22 Raptor and F-35A Lightning II with fourth-generation aircraft, including the General Dynamics F-16 Fighting Falcon and McDonnell Douglas F-15E Strike Eagle, in a large-force exercise to train and test enhancement mobility, pre-deployment qualifications and rapid response employment capabilities of pilots and aircrew.

Checkered Flag 21-1 was hosted by the 325th Fighter Wing at Tyndall Air Force Base (AFB), Florida, and in addition to the aircraft, Airmen, Sailors and DoD contracts and civilians participated.

“This iteration of Checkered Flag is different because the 325th Fighter Wing actually owns the exercise,” said Lt. Col. Sean Fazande, Checkered Flag 22-1 exercise director. “We actually have every agency on base involved to execute this mission; that’s upwards of 15 agencies coming together, coordinating and making the exercise happen.”

The 325th FW was responsible for maintaining and executing predetermined mission goals and learning objectives identified by the Air Combat Command commander’s intent to train a dedicated, highly-effective force ready worldwide for rapid response, the Air Force announced. This is known as an Immediate Response Force defense posture.

“We hone down exactly what we are going to execute,” Fazande added. “We also have players from Jacksonville and Eglin (AFB) and other locations that [participated], giving us a very robust exercise.”

While Checkered Flag has been largely seen as an Air Force exercise, this year’s integration operations focused on building relationships and strengthening partnerships with the U.S. Navy, as well as North American Aerospace Defense Command partners stationed at Tinker AFB, Oklahoma.

Additional units that participated this month included the 90th Fighter Squadron, which is assigned to Joint Base Elmendorf-Richardson, Alaska and the 79th FS stationed at Shaw AFB, South Carolina. In total, more than 93 aircraft and 12 squadrons from across the country brought their respective fighters, tankers, electronic and communication warfare skills, and command and control aircraft teams to the playing field.

“[We] allow our pilots to get out there and work together and build unit cohesion,” Fazande noted. “That unit cohesion is very key to what Checkered Flag is all about; bringing them down here, working together, mission planning together, getting out into the airspace and knowing how and when [to] execute certain tactics.”

“We get to do this in concert with them because we utilize the same jets,” Fazande said. “You get the entire gamut of getting into the airspace in the morning, executing certain fighter tactics; how to employ the jet and then take [that back] to debrief and decide how we could improve on those skills. In the afternoon [pilots] get to go from the fighter intercept point to the target, releasing weapons and [learning] what it feels like to shoot a missile off the wing and employ the tactics appropriately.”