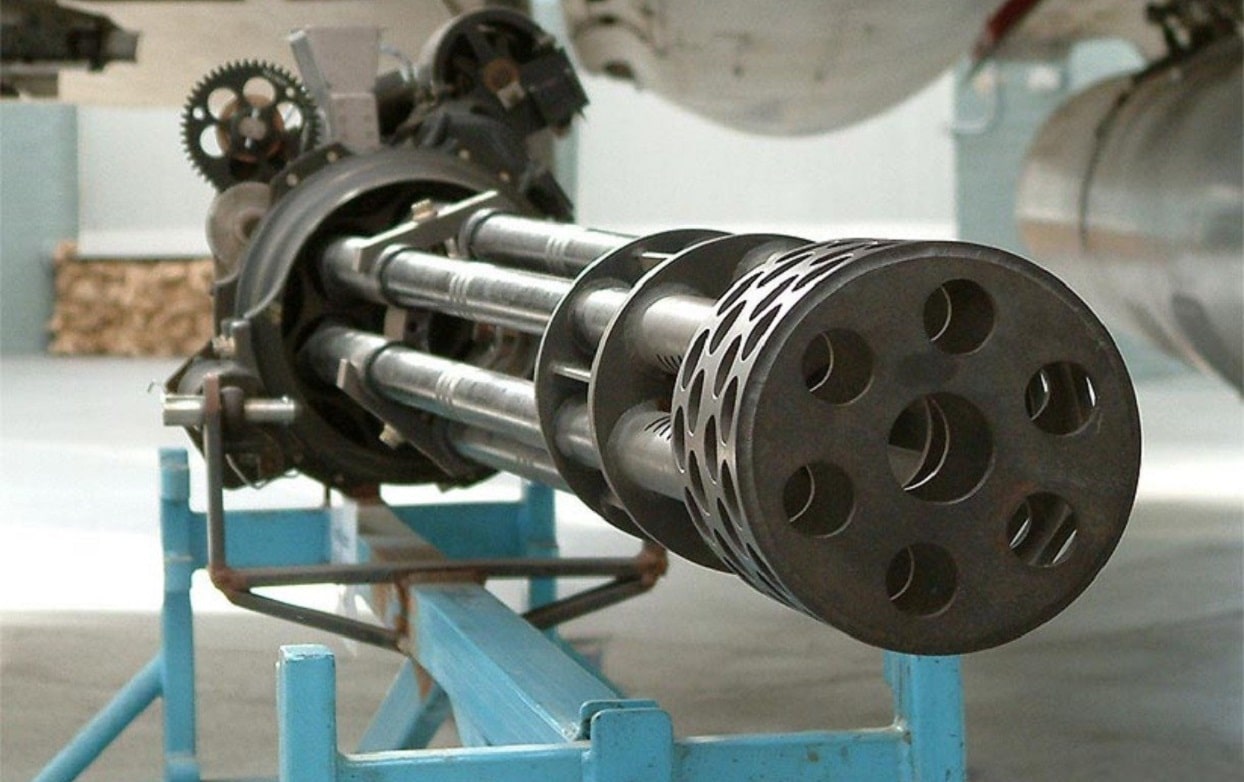 Gatling Gun Can Do Some Damage Aboard Army Future Helicopter Program: A new US Army Gatling gun is getting ready to rock your world full-time. The 20mm Gatling-style gun can shoot a shocking 1,500 rounds per minute. It was tested successfully last month at Yuma Proving Ground, Arizona from a UH-60 Blackhawk helicopter. The Army has big plans for the gun as it aims to deploy it on next-generation helicopters.

XM 915: A Rotating Cannon Is a Doomsayer

The new Gatling gun, called the XM915, weighs only 115 pounds with three barrels. Most Gatling-type guns use steel-belted ammunition, but the XM915 has a lighter and more reliable electrically-primed linkless carrier drive system. The weapon is not dependent on the helicopter’s flight route – it can be aimed in different directions. The Army thinks it has sufficient range and it is definitely lethal.

Army Futures Command took a peek at the test-fire during a recent exercise called Project Convergence. The Army has big plans for the XM915 Gatling gun if things keep progressing. It may get deployed on some advanced helicopters the Army is developing.

Why the Army Is Excited About the New Scout-Attack Helicopter

The Army has an acquisition program called the Future Attack Reconnaissance Aircraft. The branch needs a new attack-reconnaissance aircraft that can fill the shoes of the retired OH-58 Kiowa scout helicopter. Two defense firms – Bell and Lockheed Martin – have some ambitious plans to win the competition with their demonstrator aircraft.

Bell 360 Invictus looks like a mini-version of the Apache attack helicopter family. It has a fly-by-wire control system. The mission range is 400 nautical miles with a 1,400-pound payload. A “modular effects launcher” is stored internally and is armed with various air-to-ground missiles.

Lockheed Martin-Sikorsky’s Raider X is the other futuristic platform. It has a large internal weapons bay that will increase the amount of ordnance. It also sports two co-axial rotors with counter-rotating blades that can push out a speed of 290 miles per hour and a ceiling of at least 9,000 feet.

Which Contractor Has the Edge?

The Army will have a tough decision as it will select one winner in 2024. It appears at this point that the Raider X has the better speed, but the Bell 360 Invictus has the edge in weapons payload. They both should be able to perform gallantly in scout mode with attack capabilities.

XM915: The Future of the New Gatling Gun

Based on artist renderings and animations, it looks like the XM915 Gatling gun will be installed on the nose of both helicopters. The low weight of the XM915 is a plus for this construct. Both models should be good for a starring role in an armored cavalry regiment, in which the Invictus or Raider X flies out ahead of the main force of Abrams tanks and Bradley or Stryker infantry fighting vehicles and feeds integral data back to the command and control elements.

The Army should be pleased with the development of the XM915 Gatling gun as it readies for its mission with the Future Attack Reconnaissance Aircraft. Army aviation will be stronger and able to support the warfighter on the ground on battlefields in Europe that require a maneuver ground force of armor and infantry.