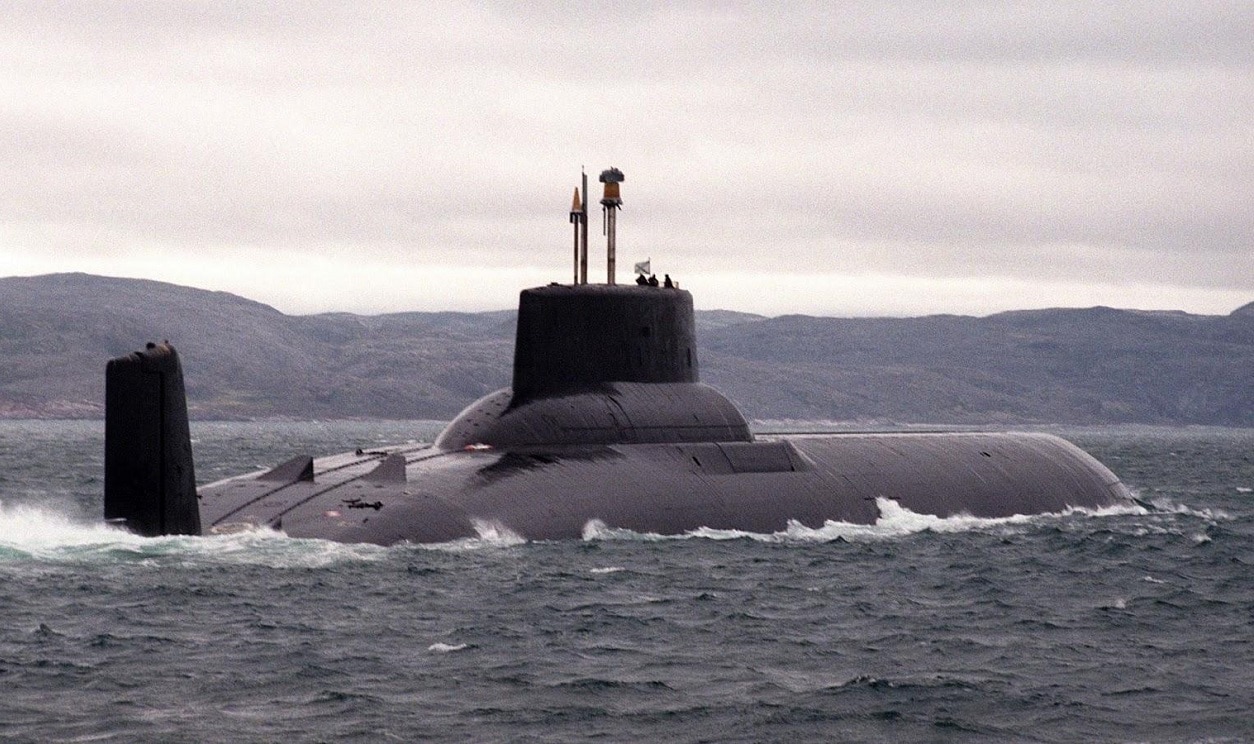 Russia’s Typhoon-class: The Sub That Dwarfed All Others: This Russian sub is so big it was originally designed to have a swimming pool and a sauna. That’s right, I’m talking about the gargantuan Typhoon-class – the largest submarine ever made. There is only one of these boats left and it is mainly now just a test platform for new missiles. The Typhoon subs were developed during the Cold War to run silent and deep under thick ice in the Arctic and carry a full load of conventional ballistic and nuclear missiles.

Just How Big Are We Talking?

Power and Armaments Are Impressive

It’s powered by two nuclear reactors and two 50,000 horsepower steam turbines with a speed of 27 knots underwater and 22 knots on the surface.

It has 20 launchers for the RSM-56 intercontinental-range Bulava nuclear-capable ballistic missiles, plus six torpedo tubes.

The Typhoon-class Is Dwindling in Numbers

Watch Out for the New Borei-Class

Now the Russians are entering the Borei-class to replace the Dmitri Donskoi and the Typhoon-class will ultimately be retired.

Some reports have the Donskoi joining the Borei-class after a substantial refit and living to fight another day. There was also some chatter in the Russian military propaganda organs in 2019 that two other Typhoon-class subs would get a new lease on life as carriers of two hundred Kalibr cruise missiles. The idea was to keep up with American Ohio-class submarines that can carry 154 Tomahawk cruise missiles. This proved optimistic because of cost concerns and technical challenges of the refit.

It’s a Matter of Economics

Due to its size and age, the Dmitri Donskoi is expensive to maintain. The Russians can build new Borei-class subs for the price of keeping the Donskoi going. It is probably better for the Donskoi to be used just to test new missiles rather than get an uncertain refit to join the new Borei-class.

You have to hand it to the Russians for creating such a massive submarine and putting comforts on board such as a pool and a sauna. When you are submerged for 120 days, it’s nice for the crew to be able to blow off steam.