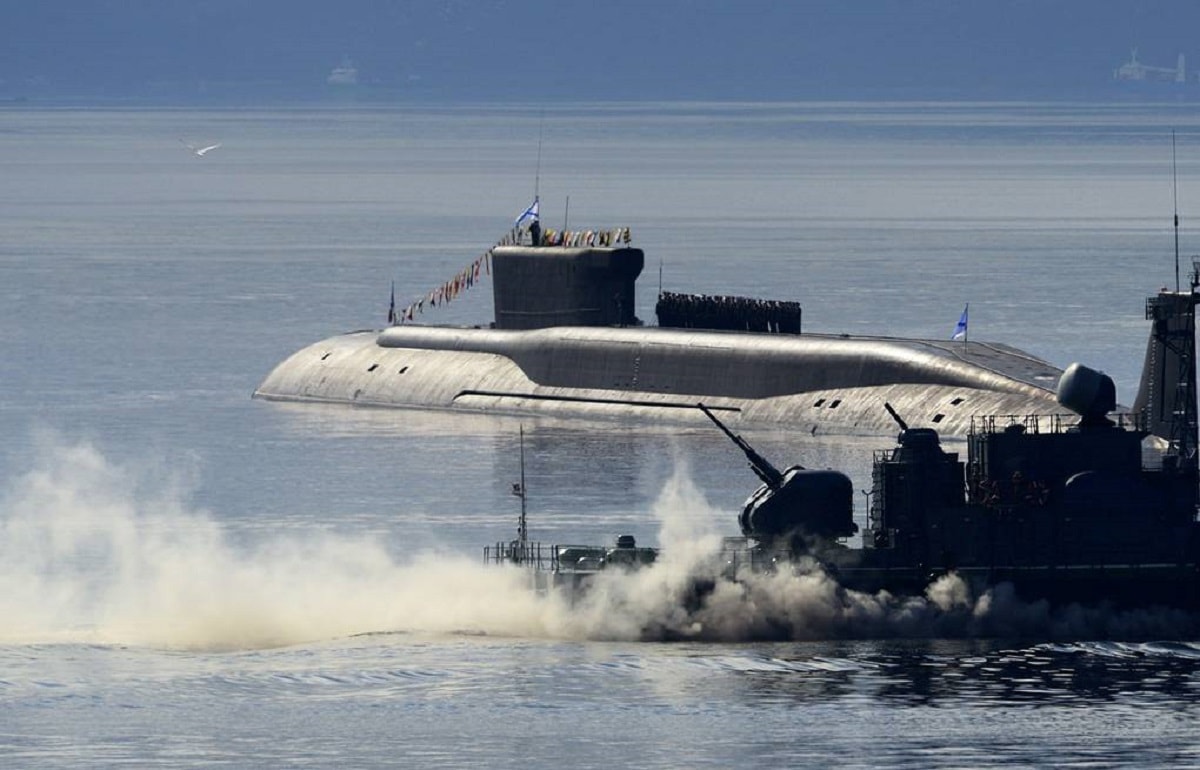 The upcoming Army-2021 military and technical forum in Kamchatka in Russia’s Far East will feature a static demonstration of Russian military hardware, and in addition to the S-400 Triumf anti-aircraft missile launchers and T-80BV tanks, there will be a Borei­-class nuclear-powered ballistic missile submarine on display.

“For the first time in the forum’s history, the Borei-class nuclear-powered strategic underwater cruiser is set to be presented to spectators in the Avacha Bay in the course of the materiel’s static show,” the Russian Navy’s Pacific Fleet’s press office reported to Tass.

The Borei-class was the first class of submarines developed by Russia after the Soviet era.

“The military and technical forum’s sites in the regional center will showcase 17 models of the coastal defense troops’ armaments, military and special hardware,” the press office added. “Visitors will be able to view a T-80BV tank, a BTR-82A armored personnel carrier, Bastion, and Bal coastal defense missile launchers, an S-400 surface-to-air missile system, and a Pantsyr-S anti-aircraft missile/gun complex, as well as motor vehicles and equipment of the [1941-1945] Great Patriotic War.”

During the forum, there will be excursions to the Pacific Fleet’s warships and vessels, including the latest mine countermeasures ship Yakov Balyayev, a Grachyonok-class anti-saboteur boat, and advanced diving and hydrographic survey craft.

However, the Russian military did not identify which submarine would be presented at the military and technical forum. There are currently three of the baseline, or original variant, Project 955 nuclear-powered missile-carrying submarines operating with the Russian Northern and Pacific Fleets. The first of the class, Yury Dolgoruky, was laid down in November 1996 but was delayed due to budget constraints and only launched in February 2008. The boat officially entered service with the Russian Navy in January 2013.

Additionally, the class of submarines has been significantly improved as the Project 995A strategic missile-carrying submarines, which are reported to be quieter and also feature improved maneuvering, depth, and armament control systems. The boats are also less detectable to sonar than their predecessors, while other advancements include a pump jet propulsion – and Project 995AS is the first Russian submarine with such a propulsion system.

More Than Military Hardware at Army-2021

Unlike other Russian Army military and technical forums, this one will reportedly also include displays from local academia. The press office said that as part of the contest Kulibin-2021 — Breakthrough Technology (named after the renowned Russian mechanic and inventor Kulibin), schoolchildren and students of the Kamchatka State Technical University and the personnel of the Red Banner forces in Russia’s northeast will set up an exposition of achievements in robotics.

The international trade even will also feature scientific and business programs that will include a roundtable discussion on artificial intelligence (AI) involving researchers of the Institute of Volcanology and Seismology within the Far Eastern branch of the Russian Academy of Sciences and the staff of the North-Eastern Repair Center.

“The forum’s events in the responsibility area of the Red Banner forces in Russia’s northeast will be the most dimensional over the entire period of holding the international military and technical show,” the press office announced. “The expositions of armaments and military hardware are set to be held on August 22-28 on nine exhibition sites that will be opened in four localities of the Far Eastern Federal District.”