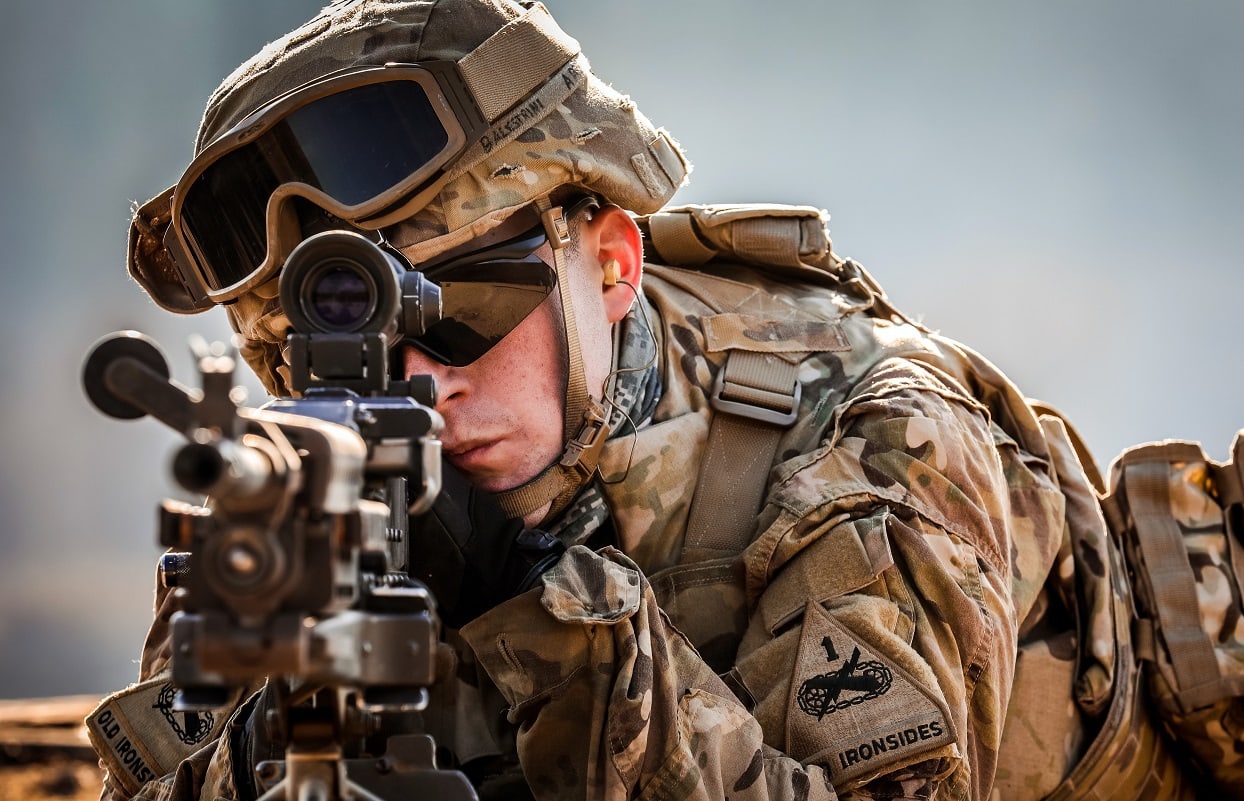 US special operators have played an instrumental role in the fight against terrorists and insurgent groups over the past 20 years.

Now, as the Pentagon focuses on preparing for a conflict a near-peer or peer military, like China and Russia, the special-operations community is looking for ways to remain relevant in a completely different type of war.

Army special-operations units are particularly concerned, as they make up most of the US Special Operations Command’s (SOCOM) numbers.

The Army special-operations community is composed of several units with distinct capabilities.

Special Forces groups specialize in unconventional warfare and foreign internal defense — training and advising partner militaries or guerrilla forces. But Green Berets can also do strategic reconnaissance, counterterrorism, and direct-action operations, such as raids, if called upon.

The 75th Ranger Regiment is the world’s premier light infantry special-operations unit. It specializes in large-scale direct-action missions, such as airfield seizures, and counterterrorism operations.

Civil Affairs special operators bridge the civil and military domains and use “soft power” techniques to understand and win over local populations and gather feedback to inform a realistic US military strategy. As a result, civil affairs are more useful before and after a conflict.

Psychological Operations units shape and influence the information domain and are equally important before, during, and after a conflict.

Finally, the Night Stalkers are the best helicopter pilots in the world and pride themselves on their ability to deliver their cargo anywhere in the world within a 30-second window.

They’re masters of their mission sets, but these units will need to work closely with conventional forces in a war against the Chinese or Russian military.

During exercise Lighting Forge 21, Green Berets from the 1st Special Forces Group — which focuses on the Indo-Pacific area of operations — worked with the 3rd Brigade Combat Team of the 25th Infantry Division out of Hawaii on the very basics of infantry operations: small-unit tactics.

The Green Berets worked with their conventional counterparts on patrolling, conducting ambushes and raids, and reconnaissance and intelligence collection.

According to the Army, the Special Forces operators focused their training on assisting their conventional brethren in a large-scale combat scenario.

Small-unit tactics is a basic module in Special Forces training that all prospective Green Berets must pass. It is considered one of the hardest phases in the Special Forces Qualification Course (SFQC).

But it’s difficult for a good reason. Green Berets use their small-unit tactics training to teach guerrillas or foreign militaries how to fight, so they need to have mastered the techniques themselves.

Joint exercises with special-operations and conventional forces will become more common as ARSOF reshapes its capabilities to meet future demands.

In a conventional war with China or Russia, ARSOF units can bring a lot to the table.

Army special operators work with and through guerrillas and other local forces, and their approach allows them to develop an understanding of the area of operations in order to wield influence and provide information to other US forces.

In a recent report on its strategic value in an era of great-power competition, US Army Special Operations Command (USASOC) identified six ways Army special operators could contribute in a war with Russia and China. Their mission sets would include:

These six mission sets are versions of current ARSOF capabilities tailored to the threats China or Russia would pose a war.

Their ability to target A2/AD systems is particularly important. These systems integrate long-range fires, such as anti-aircraft systems and anti-ship missiles, and powerful radar systems with the goal of negating the US military’s advantages, especially its potent aircraft-carrier fleet, by preventing it from operating near sensitive areas.

Those A2/AD systems are protected by strong air-defense systems and ground forces, and overcoming or neutralizing them would be one of the US military’s most important missions in a conflict, as it would enable conventional forces to operate at full capacity.

A former Green Beret who served in the Indo-Pacific, speaking anonymously for professional reasons, said there is “definitely room” for Army special-operations forces in that kind of conflict.

“People got accustomed to us being the tip of the spear for the last 20 years or so of war, but they forget we have a storied history of supporting the conventional military in ‘regular’ conflicts,” the former Green Beret told Insider.

Army special operators “performed very well” as supporting elements during World War II and in the Korean, Vietnam, and Gulf wars, but the focus should be forward-looking, the former Special Forces soldier said.

“I don’t believe we need to reinvent the wheel here. We just need to apply the lessons learned from [global war on terror] to our old practices to meet new threats.” the former operator added. “We spilled a lot of sweat and blood in Afghanistan, Iraq, and Syria to let those lessons go unused, but we also need to be cautious not to fight the last war.”