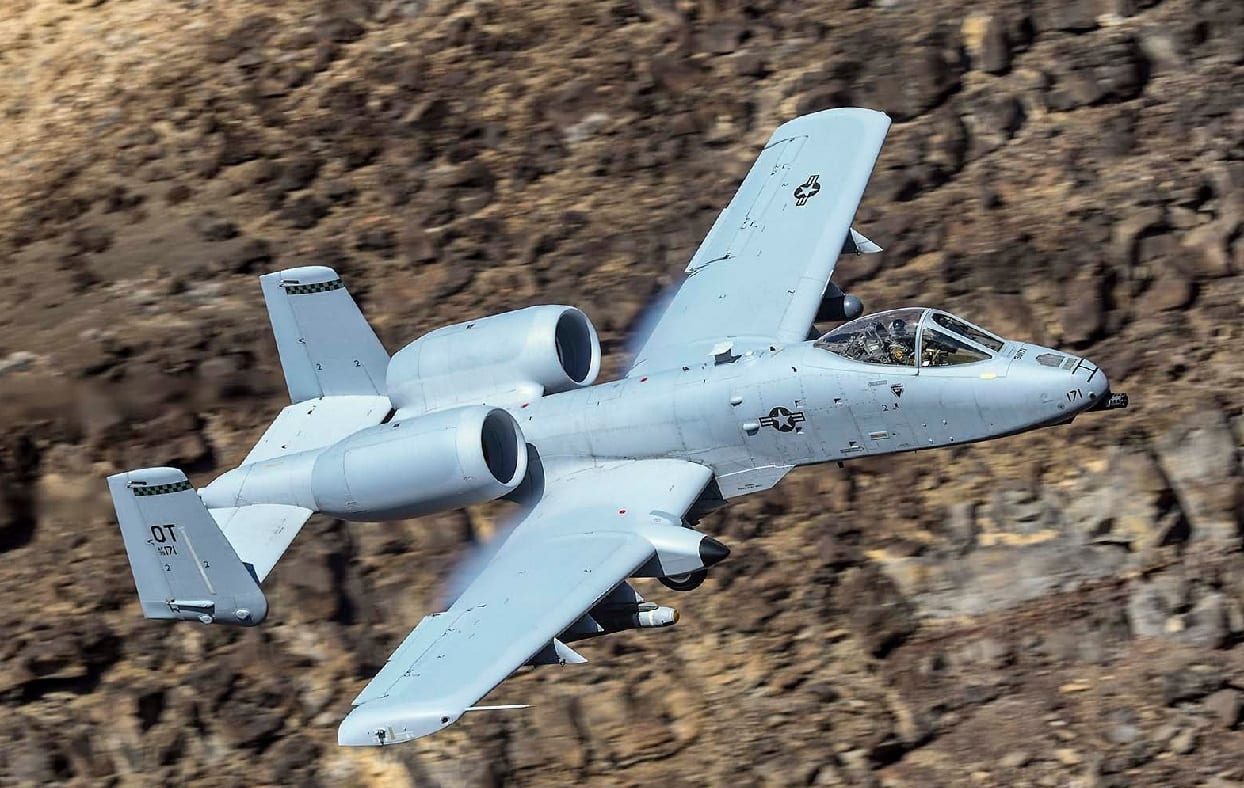 The A-10 Warthog, a 2 Minutes Explainer: You’re probably familiar with the A-10 warplane’s signature sound: a loud, buzzing burst of machine-gun fire from the skies. It’s as American as apple pie and has been a sight for sore eyes in countless military operations. The A-10 Thunderbolt, also known as the Warthog, has made quite a name for itself since it was put into use by the United States Airforce. Like a slew of other kinds of military tech, the A-10 has become somewhat of a staple in movies and videogames.

The Fairchild Republic A-10 Thunderbolt II began development during the Vietnam War when U.S. Air Force losses called for a new warplane to help attack enemy ground forces. The problem was that after World War Two, the military began to focus on nuclear devices and aircraft capable of delivering those weapons. As a result, planes with conventional weaponry fell to the wayside until after the Vietnam War. Air Force requests for an aircraft with low-speed maneuverability, vicious firepower, and ruggedness began in 1966.

After modified requests specified that a 30mm cannon should be attached as well as other specifications like speed and takeoff distance, the A-10 finally took its first flight in 1972. Five years later the A-10 was officially picked for use by the United States Airforce.

The A-10 fit the bill for the mission boasting superior maneuvering at low speeds and a short takeoff. This was possible because of its expansive wing area and ailerons (a hinged flight control surface). A-10s aren’t just for daytime operations either, each craft is outfitted with night vision for strafes in the dark. Continuous upgrades since its inception, like modern navigational systems, have kept this warplane a favorite of the military and citizens alike.

It’s also pretty easy to repair because parts are trivial to swap out. These mechanisms and abilities made the Warthog ideal for close air support whether the targets were personnel or vehicles.

In addition, the A-10 came with a satisfying and brutally effective weapons system. The most famous armament would be the 30mm GAU-8 cannon. The iconic sound many think of when talking about this plane is the result of this weapon. The GAU-8 has a range of over 12,000 feet and fires at an astounding 3,900 rounds per minute. This cannon has such a high velocity that targets never even hear the gunfire even though the gun can put basketball-sized holes in vehicles after a strafe.

The A-10 also comes equipped with MK-82 bombs that are dropped right on top of targets. Finally, the Warthog can also be equipped with incendiary devices, mine-dropping capabilities, and a myriad of other conventional munitions.

Despite its cult following, many defense leaders are looking to replace the aging A-10 with the highly-advanced F-35 Lightning II stealth fighter jet. This appears to be the plan, even though each F-35 quite a bit more expensive than the A-10. For now, the Airforce expects the powerful, but old A-10 Thunderbolt II to be in service until 2028. Other aircraft, such as drones, were proposed to replace the A-10, but neither the F-35 nor the Reaper drone can match the Warthog’s firepower. As it stands, the A-10 will remain the close-air-support aircraft of choice for the United States at least for now in the short-run.