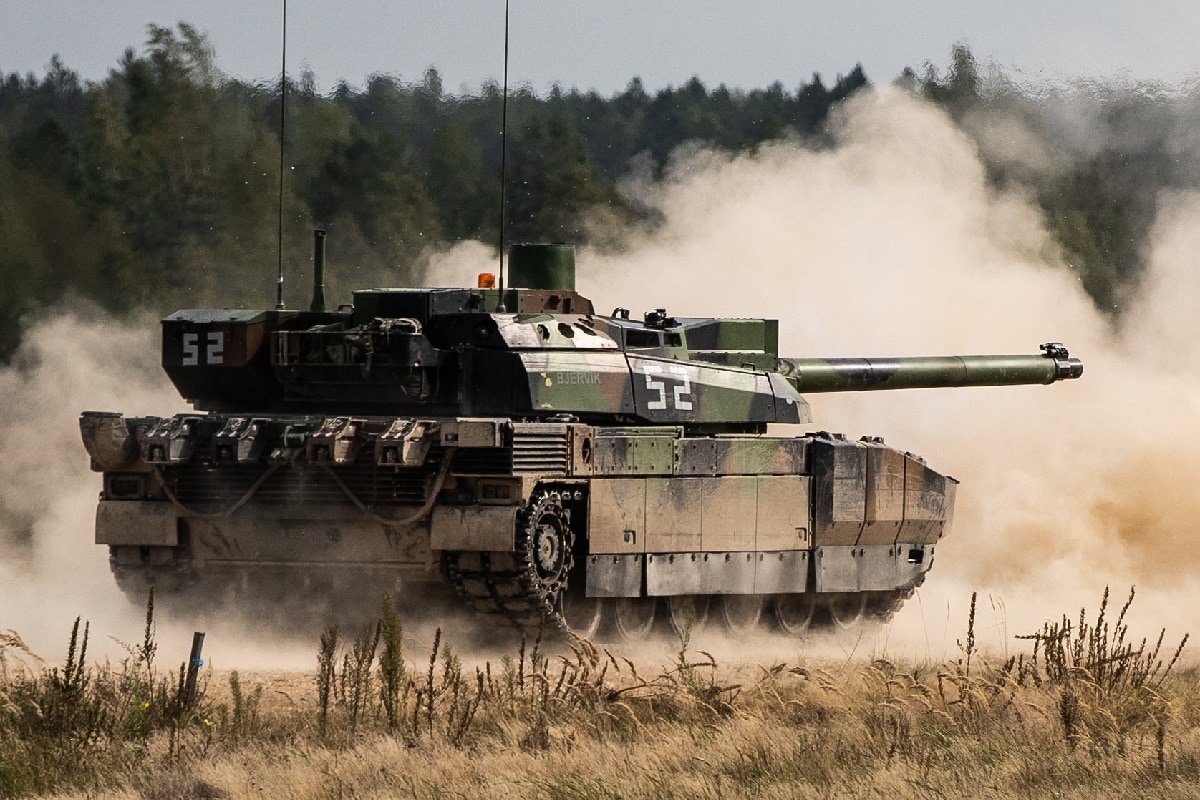 In his recent visit to Ukraine in late October, U.S. Secretary of Defense Lloyd Austin said that “no third country has a veto over NATO’s membership decisions.” His comment came as a response to a journalist’s question about Russia’s opposition to Ukraine joining NATO.

“Ukraine has a right to decide its own future foreign policy, and we expect that they will be able to do that without any outside interference,” Secretary Austin continued.

This is not only the opinion of the United States. At the June 2021 NATO summit, the allies reiterated their decision that “Ukraine will become a member of the Alliance with the Membership Action Plan (MAP) as an integral part of the process.” MAP is the guiding document for any country’s NATO accession.

The Ukrainian people also seem to be in favor of such a move, with 64% expressing their approval in a recent survey conducted by the Ukrainian Institute for the Future (UIF).

Yet, if Ukraine joins NATO, Europe will become more insecure, the Alliance will be weakened, and the Ukrainian people will suffer.

Russia objected. “This is the first sign of what could happen when NATO comes right up to the Russian Federation’s border. The flame of war could burst out across the whole of Europe,” Russian President Boris Yeltsin said during the NATO bombings of Bosnia.

Warnings also came from America. In an interview in 1998, in response to the U.S. Senate approving a further round of NATO expansion, the brilliant George Kennan expressed his belief that “the Russians will gradually react quite adversely and it will affect their policies.”

“I think it is a tragic mistake. There was no reason for this whatsoever. No one was threatening anyone else,” Kennan added.

However, Russia was too weakened to do anything but object. That changed in 2008.

Since coming to power following 2003’s Rose Revolution, Georgian President Mikhail Saakashvili aspired for Georgia to join NATO as part of its effort to veer towards the West and away from Russia.

Russia strongly expressed its opposition to its former partner being allowed to join the Alliance.

NATO’s expansion to Russia’s borders “would be taken in Russia as a direct threat to the security of our country” Russian President Vladimir Putin warned at the time. He simultaneously offered an olive branch and appealed to the West to consider Russia’s security concerns.

Putin’s comments came immediately after April 2008’s NATO summit in which President George W. Bush pushed for Ukraine and Georgia to be allowed to begin the accession process. They went unheeded.

In August the Russo-Georgian war broke out resulting in Georgia losing control of Abkhazia and South Ossetia. A few years later, a very similar scenario would unfold.

In 2014, the Maidan protests in Ukraine led to the overthrow of Ukraine’s pro-Russian President Viktor Yanukovych.

Fearing that Ukraine would shift westward after Yanukovych, Russia did not risk losing the strategically important Crimean Peninsula with its port of Sevastopol, home to Russia’s Black Sea fleet. With the dust of the Maidan still in the air, Russia engineered the annexation of Crimea.

Further, with the backing of Russia, anti-government protests in Ukraine’s southeastern region of the Donbass soon escalated to open conflict. Eight years later, the region is controlled by the Russian-backed separatists and Russia has frequently amassed large troop formations on its border with the Donbass.

The situation in Ukraine looks similar to that in Georgia, as does Russia’s reaction.

Given past experience, Russian pronouncements should be taken at face value — but they are not.

American foreign policy tends to disregard or belittle the interests of its adversaries — even if they are made explicit — as manifestations of an era of international relations in which realpolitik reigned supreme.

Instead, through the liberal international order, the U.S. champions free trade, democratic institutions, open societies, and condemns force between nations.

Russia is a clientelistic plutocracy centered around the president. Its elections are dubious and its institutions aim at sustaining Putin’s rule. That is not to say that the Russian president is unpopular: His approval ratings, even as reported by independent sources, would be the envy of any Western leader. Nevertheless, the liberal order is still perceived by the Russian government as a mortal threat to the country’s political and economic status quo.

The path to NATO membership requires a candidate country to undertake political, legal. and economic reforms bringing it closer to Western systems. Russia fears that if its neighbors adopt the liberal order, its own political system will be undermined. Through that prism, it considers Color Revolutions, such as the ones in Georgia in 2013 and Ukraine in 2004, as Western hybrid attempts at social and political engineering. The 2014 Maidan protests were likewise seen by Russia as orchestrated by the West. This notion was given credence by the vocal support of the U.S. government to the protesters.

A Need for Space

Ukraine, like Georgia, borders Russia and was a constituent republic of the Soviet Union.

It is mostly a flat open space. Coupled with Belarus, it used to provide Russia with a wide buffer zone to its west. Ukraine joining NATO could mean U.S. troops and missile installations right on Russia’s border. Preventing that is a vital Russian interest.

On the flip side, Ukrainian accession to NATO will not offer any added security benefits to the U.S. and its European allies. Should Ukraine join NATO, a Russian attack against it would trigger the Alliance’s Article 5. Failure to invoke Article 5 in such an event, would be NATO’s end. But even if NATO were to invoke Article 5, the Alliance’s record is mixed and never tested against a superpower.

However, Putin will not wait for Ukraine to join NATO and cross his “red line.” If accession processes progress he will attack preemptively. At that point, Ukraine will not be covered by NATO’s defense umbrella. It is doubtful that Western nations will rush to the defense of a non-allied country that is not linked to their vital interests. This will leave Ukraine exposed.

Secretary Austin is correct: Ukraine does have a right to decide its own future foreign policy. But to pretend that it can do so in a geostrategic vacuum is foolish and will only lead to suffering.

For the sake of everyone involved and especially the Ukrainian people, Ukraine should not be allowed to proceed with its NATO aspirations.