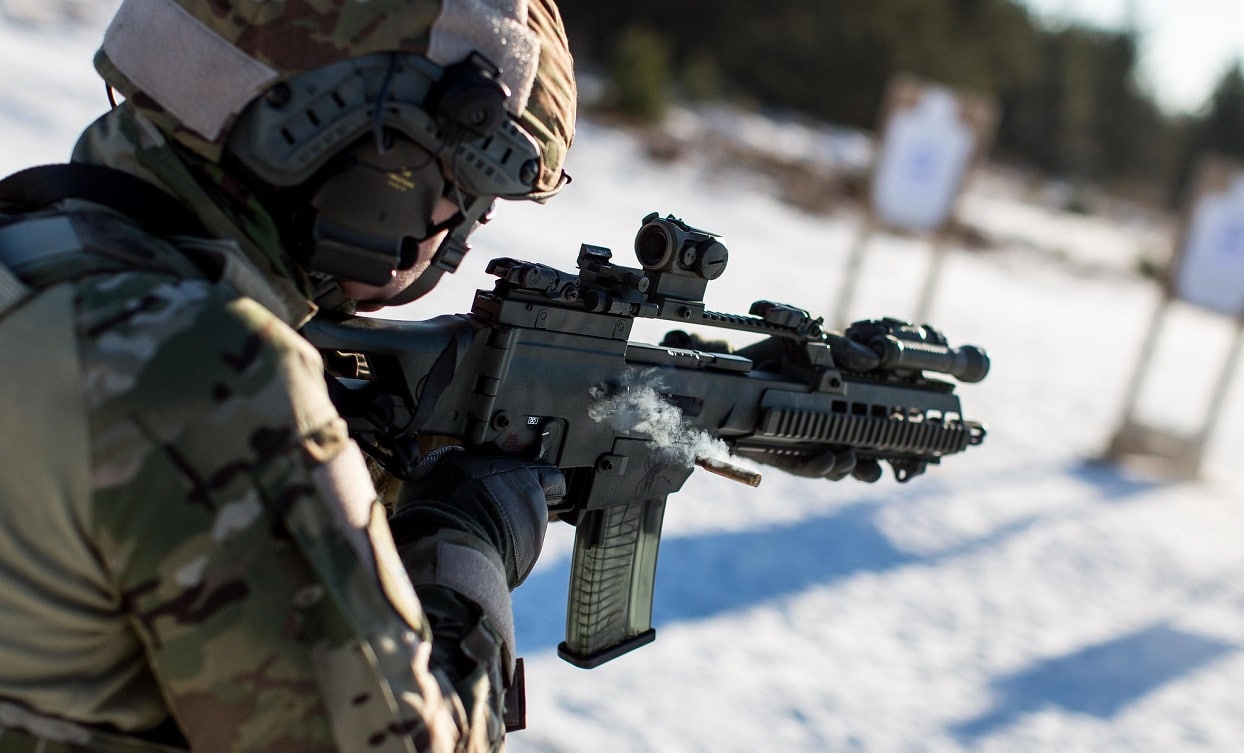 While Russia continues to threaten Europe with the challenge of hybrid warfare, the U.S. is trying to bring Ukraine closer to the West and ensure the security of the countries that stand on the frontlines with Moscow.

In October, U.S. Secretary of Defense Lloyd Austin visited Georgia, Ukraine, and Romania, expressing his appreciation for the efforts of their militaries in dealing with regional Russian aggression.

“The United States calls on Russia to end its occupation of Crimea, to stop perpetuating the war in eastern Ukraine, to end its destabilizing activities in the Black Sea and along Ukraine’s border, and to halt its persistent cyberattacks and other malign activities against the United States and our allies and partners,” Austin said in a news conference.

Parts of Ukraine’s eastern border are an active combat zone as separatist forces backed by the Kremlin are waging a modern version of World War One. The conflict has cost the lives of more than 14,000 Ukrainians, while Crimea is still under Russian occupation after its surprise illegal annexation in 2014. Similarly, Georgia lost 20 percent of its territory during the war with Russia in 2008.

Although neither Ukraine nor Georgia are NATO members, they are close to the North Atlantic alliance. For example, Georgia sent troops to Afghanistan to support the NATO mission there and suffered several casualties.

Ukraine is also edging closer to NATO through joint military exercises and training events. For example, in 2019, one of Ukraine’s top special operations units, the 140th Special Operations Forces Center, passed NATO’s necessary certification process and is now eligible to deploy and operate under the North Atlantic alliance’s Very High Readiness Joint Task Force, a rapid deployment unit designed to deal with emergencies, such as an invasion of NATO member a hostile state.

During his visit, the American secretary of defense highlighted that the path to NATO is open for Georgia and Ukraine if they comply with the necessary institutional changes within their borders to qualify for membership. NATO consists of 30 member states.

“We encourage the government of Ukraine to remain committed to the deep and comprehensive reforms needed to advance its Euro-Atlantic aspirations,” Austin added, before highlighting that Ukrainian civilian leaders must exercise more control over the military, improve its human management resources, and upgrade the country’s defense industry by implementing global best practices.

Part of Austin’s visit to Ukraine was to move forward with the Strategic Defense Framework that was signed between the two countries in August. The framework was a sign of the increasingly closer relationship between Washington and Kyiv.

Such a visit on the frontlines is intended to reassure the local leaders and populations of U.S. support and a warning to Russia of America’s commitment to its allies and partners. But as the proverb goes, the enemy gets a vote. And Moscow demands through its actions respect from the international community and its own sphere of influence, which is made mostly by former Soviet Union nations.