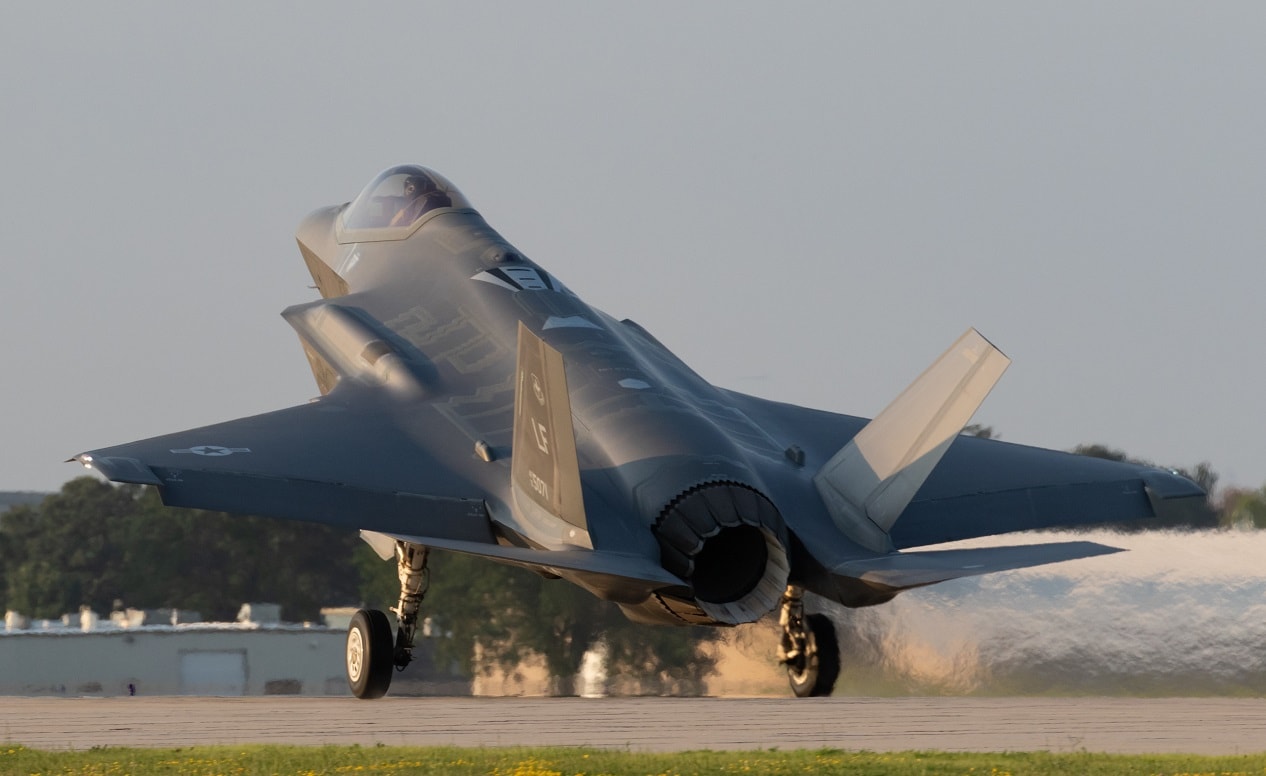 As Russia and especially China are arming up and advancing their military capabilities, the U.S. military’s newest nuclear warhead has entered production.

The B61-12, an upgrade to an existing nuclear munition used by aircraft, entered production last month. This and the older versions of the nuclear weapon are intended to be dropped by fighter jets, such as the F-35 Joint Strike Fighter, and bombers, such as the B-2 Spirit.

The B61-12 builds upon a legacy weapon. The B61 is a nuclear gravity bomb and has been in service with the U.S. Air Force for more than 50 years. Since then, the nuclear munition has undergone numerous updates in order to improve its safety, security, and reliability. Today, there are four variants of the bomb in service (B61-3, B61-4, B61-7, and B61-11).

The updated version of the nuke is intended to replace all the 3, 4, and 7 versions of the bomb. Although the first bomb rolled out of production, the NNSA doesn’t expect to start full-scale production until mid-2022. The life extension program has a price tag of about $8.4 billion and is expected to be completed by the fiscal year 2026. During updates, the NSSA “refurbishes, reuses, or replaces” the nuclear and non-nuclear material of the bomb in order to extend its life for 20 years.

“With this program, we’re delivering a system to the Department of Defense that improves accuracy and reduces yield with no change in military characteristics, while also improving safety, security and reliability. The work on the B61-12 will also ensure the warhead can be air-delivered on both current and future platforms to meet Department of Defense requirements,” Jill Hruby, Department of Energy Under Secretary for Nuclear Security and NNSA Administrator, said in a press release.

At about 850 pounds and 12 feet, the B61 is relatively small and light, at least compared to the humongous intercontinental ballistic missiles designed to deliver death and destruction from three continents away. A smart, precision-guided munition, the B61 has a yield that can be adjusted before release to reflect operational conditions on the ground.

B61s bombs can be found both in the U.S. and abroad in forward-deployed NATO bases across Europe and Turkey.

“It is extremely satisfying to see the B61-12 achieve FPU. This successful effort results from years of seamless execution between our NNSA and U.S. Air Force teams. The integration of the NNSA Bomb Assembly and the Boeing Tailkit Assembly, as well as the joint certification on multiple aircraft platforms, stands as a testament to our continued commitment to national security and that of our allies and partners,” Deputy NNSA Administrator for Defense Programs Charles Verdon added.

The National Nuclear Security Administration (NNSA) is part of the Department of Energy and is responsible for producing America’s nuclear weapons. The NNSA works closely with the Pentagon, which is responsible for developing the methods that deliver the nuclear warhead to the target, for example, the F-15E Strike Eagle or the Ohio-class ballistic submarines carrying the Trident II nuclear missiles.

The U.S. Air Force has two options to deliver the B61: Strategic bombers and dual-capable aircraft.

Strategic bombers, namely the B-52 Stratofortress, B-2 Spirit, and B-1 Lancer, can fly at great altitudes for thousands of miles and deliver lots of bombs. They can also stay on target for a considerable length of time, giving decision-makers a certain degree of flexibility in the event of a crisis. During the Cold War, the Air Force’s strategic bombers participated in a 24/7 deterrence mission where bombers loaded with live nukes kept an unblinking presence close to the Soviet Union, ready to drop a nuclear bomb in case war started out.

Dual-capable aircraft are usually fighter jets that can also double in nuclear missions. For instance, fighter jets such as the F-16 Fighting Falcon, F-15E Strike Eagle, F-22 Raptor, and F-35 Joint Strike Fighter can all pack a B61 nuclear bomb if need be and drop in against a tactical target.