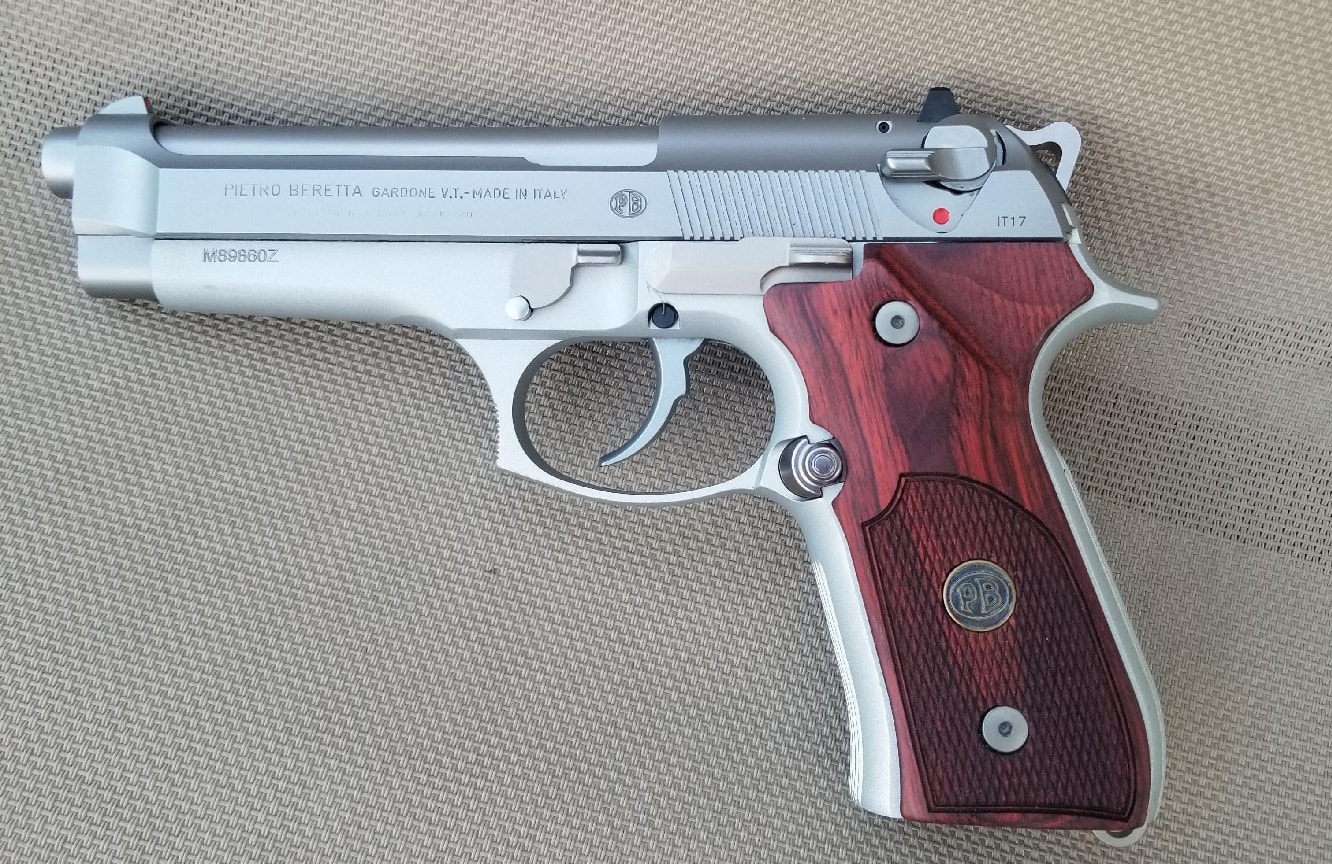 The Beretta 92FS Had its Close-up: This time of year the Die Hard films – notably the first two – can be found in heavy rotation on TV and are typically streamed far more than usual. That’s because the original and its first sequel have become “holiday classics,” at least to those who are looking for some Yuletide action. The debate whether Die Hard and/or Die Hard 2 are Christmas (Action) movies remains a seasonal one, but even those who have seen the films countless times may not be able to answer a key question: namely what gun does John McClane (Bruce Willis) carry?

Many might answer a Glock – and we all know the infamous and yet fictional “Glock 7” shows up in the hands of the bad guys in Die Hard 2 – but that’s not the correct answer. In fact, Mr. McClane doesn’t actually use a Glock in either of those films, and there aren’t even any Glock handguns in the original. While he does quickly obtain an H&K MP5 (“Now I have a machine gun. Ho Ho Ho”), McClane is armed with a Beretta 92FS, despite the fact that the handgun was never authorized for carry by NYPD officers.

Additionally, even as the LAPD went on to adopt the Glock 19, McClane keeps the Beretta in Die Hard 2, and when he’s back with the NYPD in Die Hard With a Vengeance, he’s still carrying his trusty Beretta.

Bruce Willis wasn’t actually the first actor to carry the Beretta 92FS however. The gun made its cinematic debut in the Hong Kong action film A Better Tomorrow and was carried by a number of characters including those played by Chow Yun-Fat and Leslie Cheung. The handgun would go on to be seen in numerous other Hong Kong films, and was carried again by Chow Yun-Fat in both The Killer and Hard Boiled.

The Beretta 92FS next was seen RoboCop and The Hidden, but the first American A-lister to carry the gun on the big screen was actually Madonna in 1987’s Who’s That Girl, which came out a full year before Die Hard. In the meantime, Mel Gibson’s character Detective Martin Riggs in the original Lethal Weapon was also armed with the Beretta handgun. It would go on to be seen carried by countless actors including Denzel Washington, Robert Patrick, Tom Cruise, Matt Damon, Will Smith, Mark Walberg, Steve Carrel, Liam Neeson, Daniel Craig, George Clooney and Nicholas Cage among countless others.

As the Beretta 92FS was adopted by the U.S. military in the 1980s, it is common to see the M9 version also appear in various films – notably Black Hawk Down (2001). Yet, few of those handguns are actual “M9s” as prop masters and armorers instead use the civilian 92FS, while the similar-looking Brazilian Taurus PT92 and PT99 are also used as a stand-in for the Beretta in a few films.