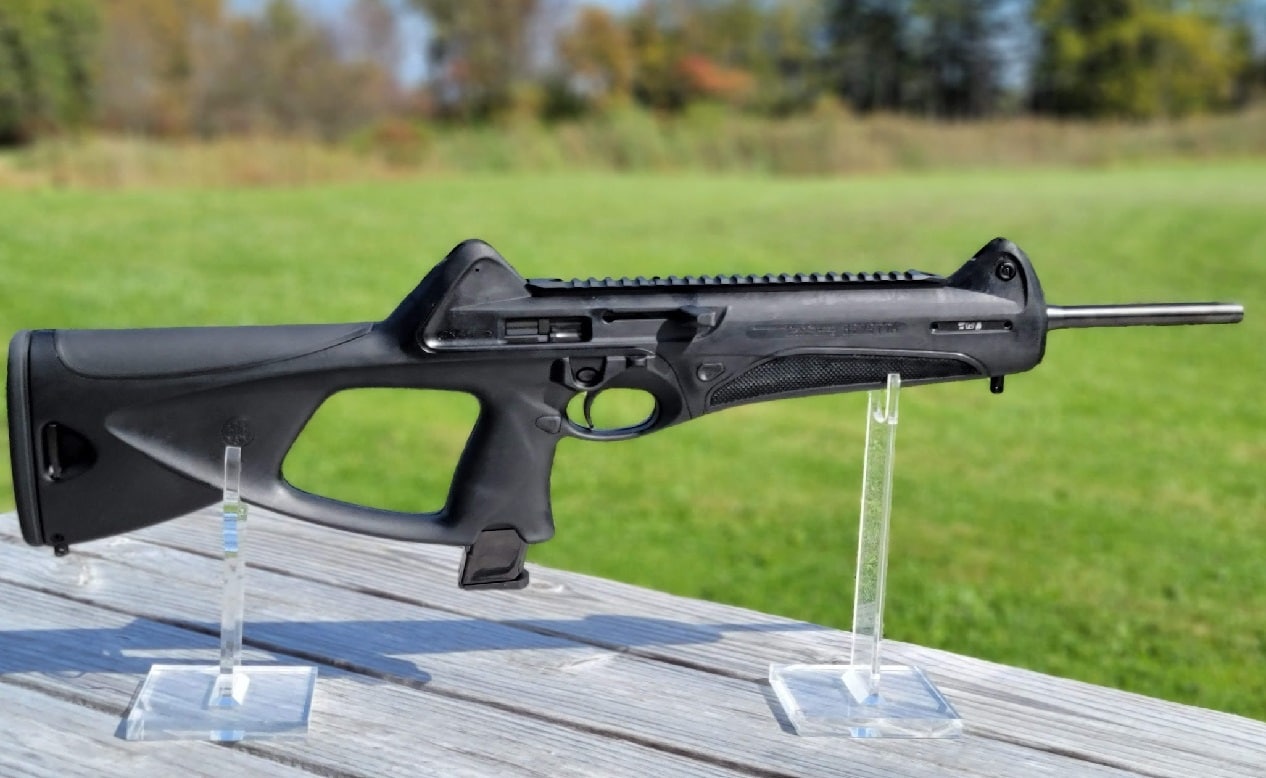 I get it, I’ve seen the light.

The CX4 Storm is a worthy addition to your gun safe, but what sets it apart from other carbines? Let’s take a look at my review of the Beretta CX4 Storm below.

I stand by my opinion of the CX4 being an ugly gun, but there aren’t any apparent design flaws when it comes to functionality, which is way more important than my superficial gripes about its appearance. The CX4 is almost entirely polymer besides internal parts like the bolt, barrel, etc and a couple of removable picatinny rails on either side of the handguard. I’ve dropped it a few times (unloaded) to see how bad it would get damaged and it did fine. There were a few scrapes from the concrete, but nothing that would cause problems. All of it’s features work fine and they’re ambidextrous. The reciprocating bolt and charging handle can be changed to either side if you’re so inclined. I have to say the design is solid (technically anyway).

I’d also like to note that my model is compatible with 92FS magazines. Now my Beretta 92 has a range buddy to go with it when I go shooting. Not all models are like this though. Some are compatible with the PX4 magazines instead.

The accuracy is pretty decent too. I mean you’re not going to win any target shooting competitions with it probably, but you can expect to hit 2-inch to 2 ½-inch groups without much issue. The included iron sights help with this. They’re pretty dang solid. You can flip between two sight picture settings as well. The short range option is a little wider and the long range is, you guessed it, a little bit narrower for enhanced accuracy.

I was kind of surprised by the recoil though. It’s a little bit beefier than what you’d expect. 9mm isn’t even a heavy round either which made it a little surprising. But even then, it wasn’t really too bad. It’s more like “hey, that’s heavy for 9mm.”

You can expect fantastic reliability out of this thing too. I had zero malfunctions even as I went through some of the cheapest ammunition I could find. 1000+ rounds without a malfunction definitely gets my stamp of approval.

All told, I don’t really have a practical use for the CX4, but who cares? It’s a fun gun. It shoots great and you can rely on it to eat up whatever ammo you throw at it. The Beretta CX4 might be a butterface, but it’s a fantastic carbine worth your money. Plus it’s pretty mild when it comes to carbine prices at only $899. So if you like Berettas, go for it.