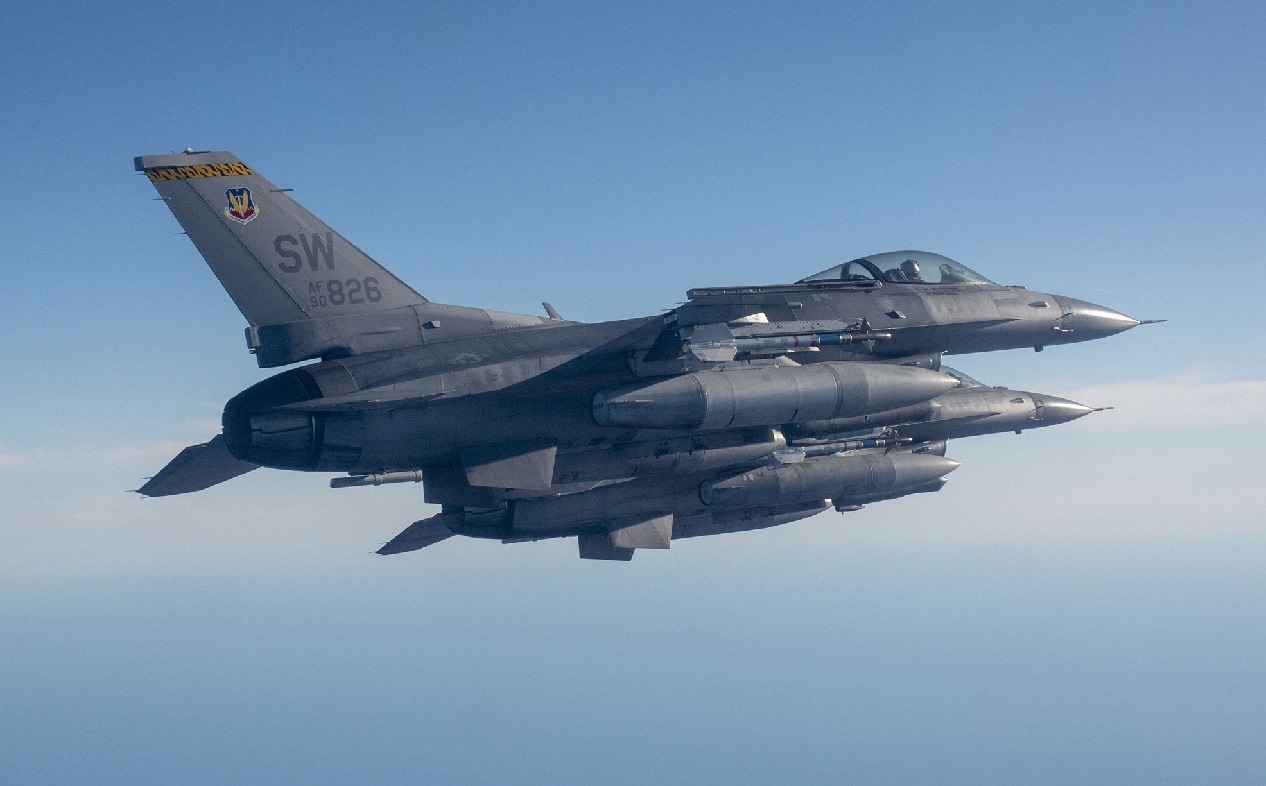 In a rare mass appearance, more than a dozen F-22 Raptors joined F-16s and F/A-18s in a weapons evaluation event in Florida.

In total, 44 fighter jets participated in the training event and got to fire some of the most advanced air-to-air missiles in the U.S. military’s arsenal.

This Is A Hot Range

The Weapons System Evaluation Program-East formally certifies squadrons in live-fire operations, usually before they deploy. The event took place at Tyndall Air Force Base, Florida, and brought together a large number of 4th and 5th generation fighter jets.

“WSEP East allowed the Tigers to show off our air dominance as we expertly employed 12 live missiles, 9180 bullets and flew 166 sorties in support of operational and tactical training. We set the standard with 100% valid shots, proving we remain ready for any real-world combat tasking,” Lieutenant Colonel Lawson Cass, the commander of the 79th Fighter Squadron, said in a press release.

In addition to giving crews the ability to fire live missiles, the training event sought to increase the interoperability between U.S. Navy and U.S. Air Force aircraft. The two services will have to work together during a conflict, especially in the Indo-Pacific area of operations, as it is an environment that encourages both ground- and naval-launched sorties.

“Carrier Air Wings regularly deploy to Areas of Responsibility with a significant Air Force presence. Performing joint missions ahead of time gives these aircrew a sense of familiarity and enhances the joint team mentality so when we go down range we have a common understanding of service terminology, tactics, techniques, procedures, and capabilities,” Lieutenant Commander Tom Kellner, the F/A-18 Program Manager for the 83rd Fighter Weapons Squadron, said.

The fighter jets got to fire AIM-9 Sidewinder and AIM-120 AMRAAM air-to-air missiles. These two missiles are the U.S. military’s staple air-to-air weapons. The AIM-9 is a heat-seeking munition, meaning that it homes on an enemy aircraft’s heat signature—the engine; the AIM-120 is a radar-guided missile and the go-to choice for engagements beyond a visual range, meaning that an aircraft can fire an AIM-120 at an enemy plane from great distances.

“It’s all about the synergy when it comes to executing a combined WSEP/Checkered Flag event. Visiting units get the opportunity to participate in two large force training events in a joint venue that fosters interoperability and optimizes air-to-air capabilities. The data we receive from events like this help refine the tactical application of our weapons systems and benefit our emerging joint platforms,” Lieutenant Colonel Orion Vail, the commanding officer of the 83rd FWS, added.

But behind the aircraft and pilots that participated are the maintainers and crews that make everything move. On the Navy side of the house, 320 maintainers supported the mission and ensured that the F/A-18 Super Hornets were ready to perform.