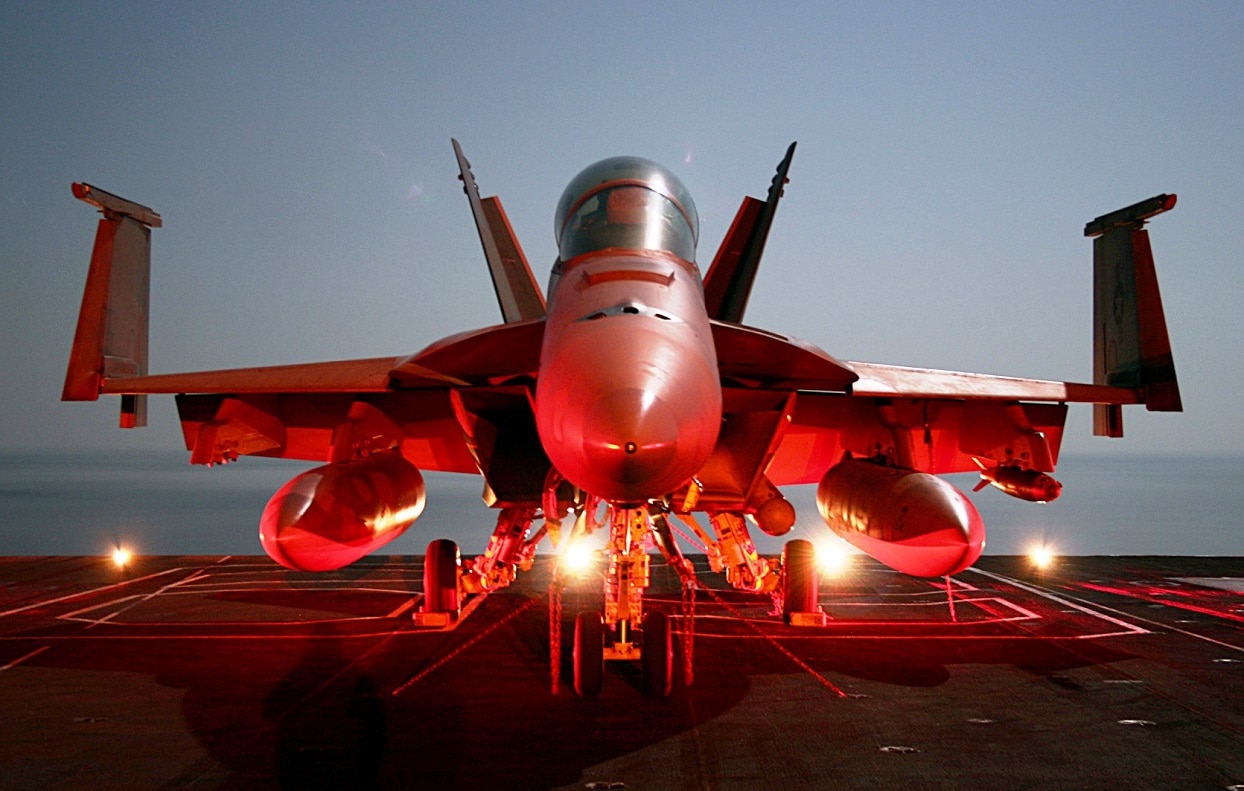 While Super “Duper” is not the most original catchphrase to describe the new Block III F/A-18 Super Hornet fighter upgrade, it does make sense. There are a bevy of improvements compared to the older Super Hornet in four main areas.

First, Block III will first have improved range due to new optional fuel tanks. Second, the cockpit controls are quite a departure from the aging Super Hornet Block I’s and II’s.  Third, taking its cue from civilian vehicles, the cockpit now has an iPad-like touch screen.  Fourth, the Block III Super Hornets also have an advanced combat computer. The U.S. Navy says the Block III is lethal and survivable and can be easily upgraded with new technology as it becomes available.

Digging a little deeper and expanding on the above, here is a quick rundown of some of the key concepts that guide Boeing’s upgraded F/A-18 Super Hornett and why the fighter matters so much to the US Navy now and far into the future.

Boeing was awarded the $4 billion U.S. Navy contract in March 2020 for the purchase of 78 F/A-18 Block III Super Hornet fighters including 61 single-seat E and 17 two-seat F. This delivery will go through 2024. Block III conducted its maiden flight in 2020.

Can It Survive Without Stealth?

One drawback of Block III is that it is not a stealth fighter, even though Block II to Block III conversion will continue until the mid-2030s. It is designed with a reduced radar cross-section to make it more difficult to spot by enemy radar. The Block III will be an advanced fourth-generation fighter, unlike the stealth fifth-generation F-35C.

Block III Will Have Better Range

The next biggest upgrade is improved range. Optional fuselage-hugging conformal fuel tanks will add 3,500 pounds of extra fuel. This will result in an extended distance capability and an improvement over the Block I and II Super Hornet. Block IIIs will be able to fly longer missions to engage targets.

Touchscreen Will Optimize the Flying Experience

The Navy describes the cockpit technology in terms of “app” software development “ahead of future threats.” This starts with new hardware such as the 10-inch by 19-inch touchscreen. No more “buttons and nobs.” This is where the pilot will track threats.

The new mission computer has an advanced data link. This Block III upgrade is 17 times more powerful than the mission computer aboard the Block I and II Super Hornets. The data link will allow it to communicate better with the F-35C and enable it to exploit the command and control data that the F-35C collects.

The Infrared Search Track System will help the Block III Super Hornets pick up enemy airplanes at a 100-mile range.

Block III F/A-18 Super Hornets the Cost Worth It?

The Block III upgrade is expensive. While estimates vary, the FY2020 National Defense Authorization Act projected a cost of about $66 million per aircraft, and estimates in the past two years have indicated a price of $70 million.

Despite the price tag, the navy should be happy with their Block IIIs. The service will have to continue to test-taking off and landing on aircraft carriers. Pilots should be able to make in-air decisions quickly and accurately. This is called the OODA-loop, which means observe, orient, decide, and attack. This mode of aerial combat decision-making should be optimized with the Super Hornet Block III.