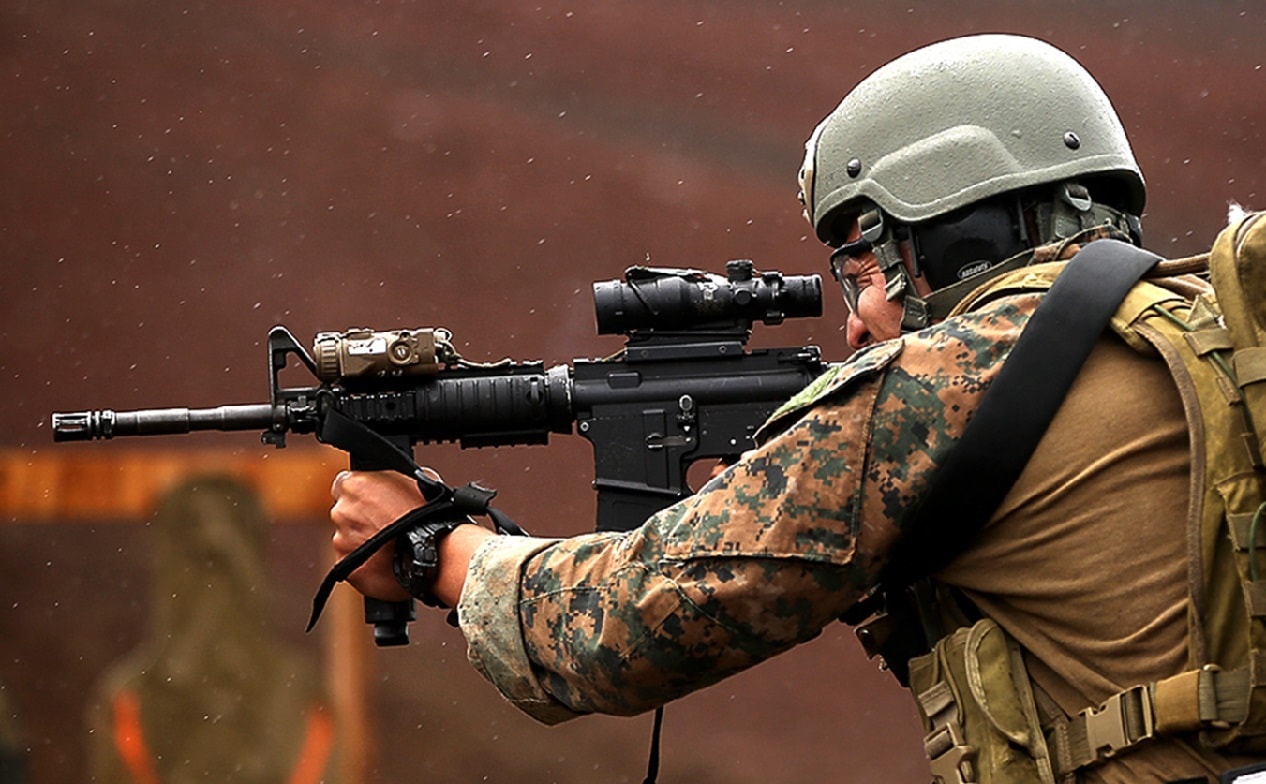 Taiwan Has Its Very Own Navy SEALS – The Chinese military ramped up its shows of force around Taiwan in October. In just a few days, more than 150 fighter jets and bombers flew into the air-defense identification zone that Taiwan has declared around its territory in what was seen as an attempt to intimidate Taipei and the Western countries supporting the island, which Beijing considers a breakaway province.

If China did invade Taiwan, Taipei would be facing a technologically and numerically superior military. But as the defending force, Taiwan’s military would still have an advantage over the invaders.

Taiwan’s special-operations units, especially the 101st Amphibious Reconnaissance Battalion — the country’s version of the US Navy SEALs — would be on the frontlines of that fight.

Nicknamed the “Sea Dragons” and established in 1949 after Nationalists forces were kicked out of mainland China, the 101st Amphibious Reconnaissance Battalion is Taiwan’s oldest special-operations unit.

Although a maritime unit with an intense focus on littoral and maritime special operations, the 101st Amphibious Reconnaissance Battalion is part of the Taiwanese army.

The course has a reported 80% attrition rate.

Like many of the world’s special-operations units, the 101st Amphibious Reconnaissance Battalion was stood up with help from US commandos. The US special-operations contingent was most likely a combination of frogmen from the Underwater Demolition Teams, the predecessors of the Navy SEALs, and intelligence officers from the nascent CIA, which had replaced the World War II-era Office of Strategic Services.

The initial mission set of the Sea Dragons was very much offensive. The amphibious commando unit was tasked with strategic reconnaissance, direct action, and unconventional warfare. Their purpose was to collect intelligence on their Communist neighbors and strike coastal installations when necessary.

The relationship between the Taiwanese SEALs and the US special-operations community has only grown. Although the US military keeps its presence in Taiwan quiet, American commandos have been working with and training their Taiwanese counterparts for years.

In 2020, the US Army’s 1st Special Forces Group, which is responsible for the Indo-Pacific area of operations, released a short video on social media showing Green Berets training with the Sea Dragons. The two units conducted direct-action operations against an urban target and practiced medical-evacuation procedures in the video.

It is also safe to say that the 101st Amphibious Reconnaissance Battalion has worked with US Navy SEALs at some point as they are both maritime special-operations units.

The first line of defense

Their amphibious capabilities make the Sea Dragons the prime choice for operations in the Strait of Taiwan and the small islands there. If tensions escalate into conflict, those small islands might very well be the first battlefield.

Taipei seems to be thinking about such a scenario, as it has authorized almost $13 million for the 101st Amphibious Reconnaissance Battalion to establish two forward operating bases on the Penghu and Kinmen islands.

In the event of an invasion, Sea Dragons based on those two small island chains would likely fight a delaying action against the vastly larger Chinese invasion force.

Taipei’s goal would most likely be to frustrate the Chinese and delay the capture of the islands for as long as possible in order to give the international community, and especially the US, time to react.

In the face of overwhelming enemy numbers, the Taiwanese SEALs wouldn’t be able to do much more than try to impose a cost on the Chinese in the initial hours of the invasion before disappearing in the countryside to wage a guerrilla war.

But that is where they would be the deadliest and pose the biggest threat to an invading and occupying force. Their small numbers, rich skill set, and inherent flexibility and unconventional mindset make special-operations units the perfect guerrillas.

Although the Taiwanese SEALs probably won’t stop an invasion, they could exact a very heavy price from the Chinese military.