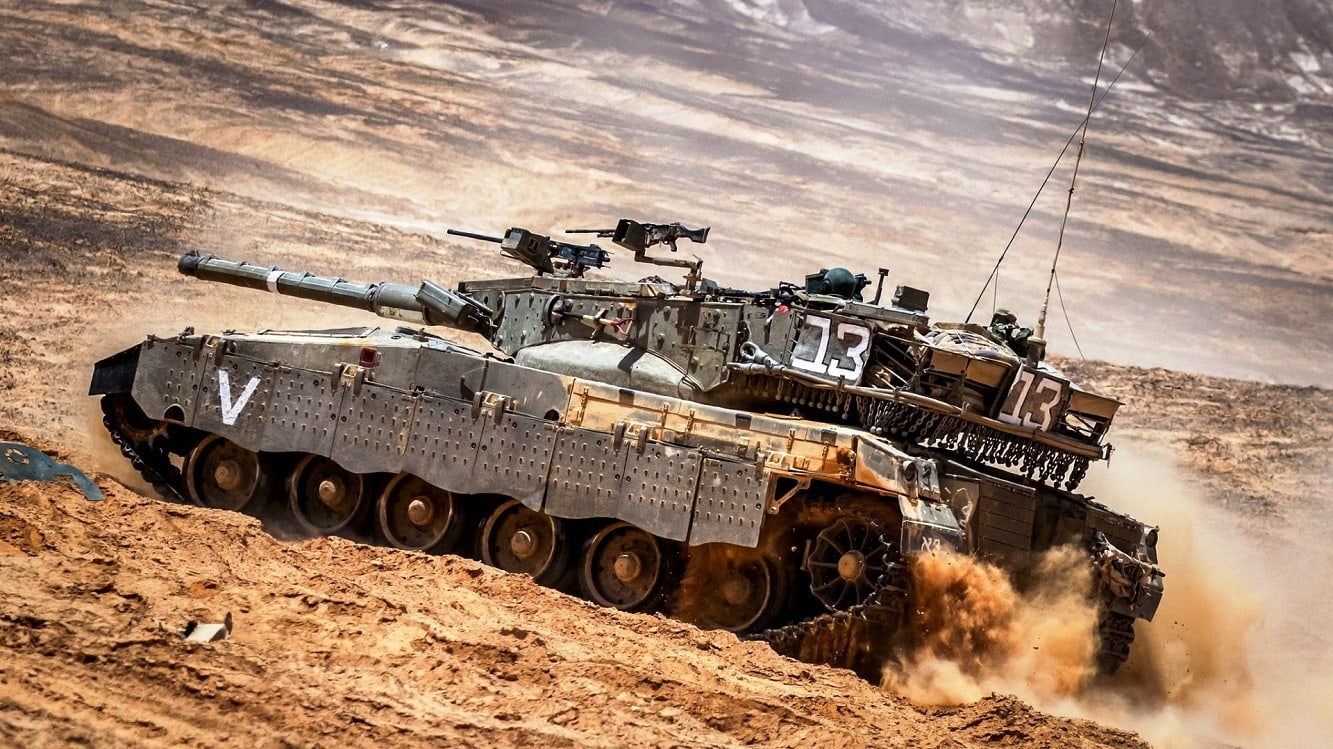 Merkava: Israel’s Super Tank – If there is another Gaza ground conflict, can Israel’s Merkava (Chariot) Mark IV tanks be effective again? The latest versions of the Merkava Mark IV are called “Barak” and “Windbreaker” and they are designed for the insurgent fight if one flares up. Israelis have improved the Merkava Mark IV tanks after fighting terrorists during Operation Protective Edge in 2014. They learned lessons about Hamas tactics, particularly the way the terrorists jumped out of tunnels and fired anti-tank missiles at the Merkava IV. Israel did not lose a single tank during the seven-week Gaza War.

Merkava Does Well in Operation Protective Edge Against Hamas

In July 2014, Hamas fired at least 2,900 rockets at Israeli civilians. The Israelis decided to sweep into Gaza and eliminate tunnels and rocket launchers. The Merkava Mark IV performed well against Hamas antitank guided missile attacks. The RAND Corporation conducted an after-action review on Operation Protective Edge and it revealed that the tanks could even have attacked in greater depth, “When you take into account the total number of kilometers traversed by our forces in Gaza, we could have taken it over twice,” according to an armored division commander quoted in the RAND report.

Tunnel Systems Are A Challenge

The tanks provided protection for engineers to find and destroy Hamas tunnel systems. Hamas’ tunnel network is a large underground complex that snakes around under Gaza. Hamas uses these tunnels for weapons storage, space for rocket launchers, bunkers, and control centers for terrorists. Some of these tunnels lead immediately from Gaza to Israeli villages near the border, letting terrorists abduct and assault Israeli villagers. Even though militants sprung out of tunnels to fire anti-tank missiles, these arms did not penetrate the Merkava’s armor and no tank was lost.

The Merkava Has Many Advantages

The Merkava Mark IV has a 120mm smoothbore gun. Ten rounds are stored in a revolving storage apparatus and can be fired immediately.

There is some disagreement about the Mark IV’s front mounted engine on whether it sufficiently protects the crew.

The Mark IV has strong hybrid modular armor. The Trophy Active Defense System is ingenious. It has four radars, two in the front and two in the rear, that can track incoming anti-tank missiles and rocket-propelled grenades. When it homes in on the target, a shotgun blast destroys the incoming projectile. The U.S. Army liked the system so much that it invested $193 million in 2018 to supply the Trophy system on its Abrams tanks.

The Israelis worked hard to make the Merkava even more survivable with two variants: the Barak and the Windbreaker.

The Barak has an artificial intelligence system to undergird the “smart mission computer” to allow the crew to focus more on operating the tank and engaging targets. Israeli tankers will be better prepared for battle because the Barak has a helmet-mounted virtual reality system that trains the crew. This configuration allows personnel to “see” different types of combat simulations. The Windbreaker also has the Trophy system, and this variant features a laser warning system for the commander and allows the tank to send out decoys to fool and spoof anti-tank guided missiles.

When conducting an initial analysis, it is at first difficult to see how a tank will help a battle that is mostly for counter-terrorism and rocket launches in tunnel networks. This would seem to be more for armored personnel carriers that carry counter-insurgency dismounted infantry and engineers. But the Merkava and its variants can speed into enemy territory, hold ground, and set up a defensive perimeter. They can minimize the impact of anti-tank guided missiles and provide cover for advancing troops. They can also protect Israeli soldiers who are investigating tunnels. This makes the Merkava Mark IV and its variants an indispensable asset on the battlefield.