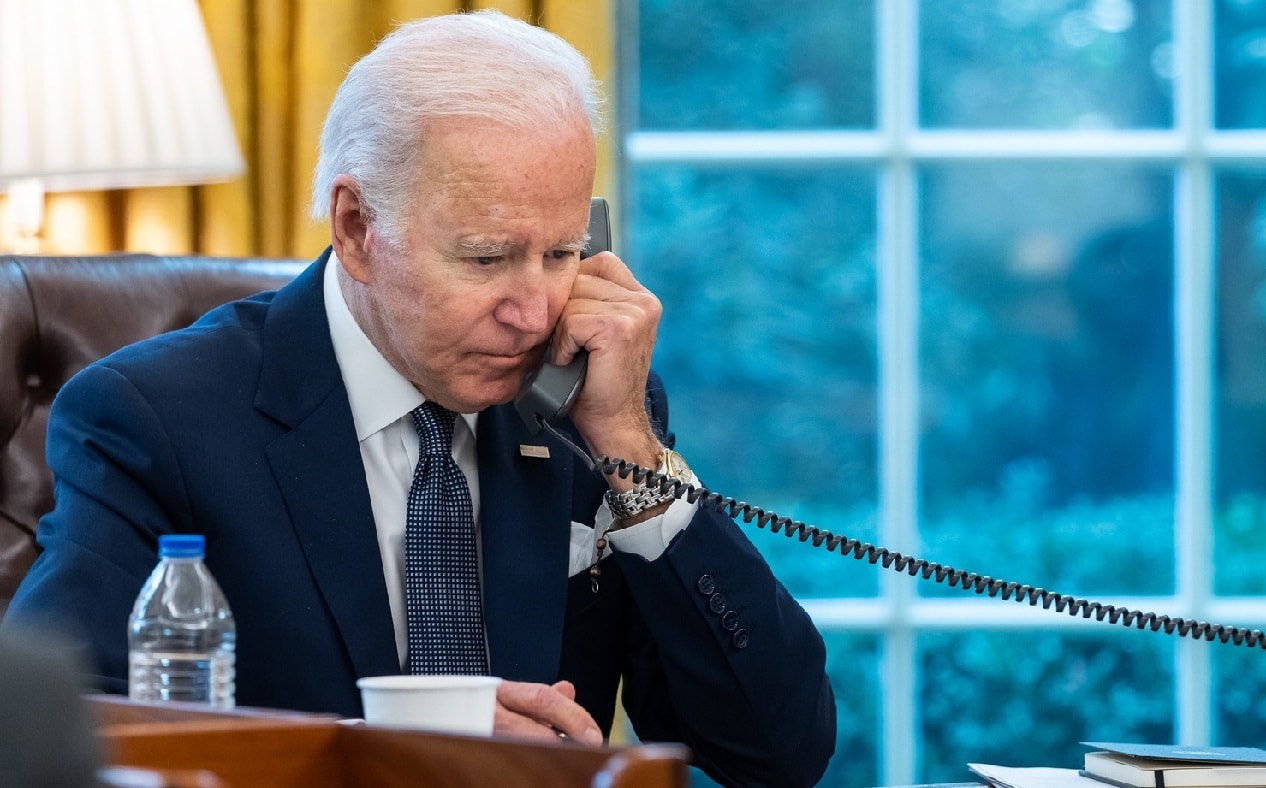 For President Biden, it must have stung a bit. He was elected in large part because he wasn’t former President Donald Trump, especially regarding the pandemic. Now Biden had to invoke him in a speech exhorting Americans to vaccinate and boost, precisely because the pandemic is very much still with us.

“Let me be clear: Thanks to the prior administration and our scientific community, America is one of the first countries to get the vaccine,” Biden said, before taking credit for the initial rollout of the shots.

Then he mentioned Trump by name. “I got my booster shot as soon as they were available,” he said. “And just the other day, former President Trump announced he had gotten his booster shot. It may be one of the few things he and I agree on.”

Sometime after the withdrawal from Afghanistan, the American public stopped grading Biden on the “not Trump” curve. As the omicron variant spreads rapidly at the same time families are traveling and gathering for the holiday season, the media is starting to follow suit.

Biden faced tough questions after his speech. “Is it a failure that you don’t have an adequate amount of tests for everyone to be able to get one if they need one right now?” one reporter asked. “Mr. President, what’s your message to Americans who are trying to get tested now and who are not able to get tested and who are wondering what took so long to ramp up testing?”

The president did not appreciate these queries. “Come on,” Biden shot back. “What took so long?” He said no one could have predicted the speed with which omicron would transmit, even though his own government seemed pretty alarmed about it when it banned travel from South Africa a few weeks ago.

This has become a pattern with Biden. When things go badly, whether it is along the border in Texas or at an airport in Kabul, he insists that no one could have anticipated or avoided the problems being associated with his policies. This is despite ample evidence of such predictions of dire consequences in real-time.

But COVID-19 is different. He won voters whose top issue was the pandemic by 66 points. He won those who said controlling the virus was a higher priority than reopening the economy by 60. It has remained an area of relative strength even as his poll numbers have declined on most other issues.

Even on the coronavirus, however, Joe Biden’s numbers have come down from the stratospheric level he achieved during the early months of the vaccines. A May Associated Press/NORC poll showed him with a 71 percent approval rating on the issue, including 47 percent of Republicans. As those numbers have come down, his overall job approval rating has been consistently underwater — and that was before omicron.

Asked about the fact that a greater number of Americans have now died of COVID under Biden than Trump, White House press secretary Jen Psaki retreated to the “not Trump” defense. “The former President was suggesting people inject bleach,” she said. “He apparently, reportedly, didn’t even share with people he was going to interact with that he had tested positive for COVID himself.”

Throughout the pandemic, saying the right (preferably nice, liberal) things have always gotten a politician better media coverage than anything they may have actually done. Contrast the press’ lionization of disgraced former New York Gov. Andrew Cuomo with its demonization of Florida Gov. Ron DeSantis, no matter what the numbers showed at any given time.

Biden, like Cuomo before him, is finding that there is a limit to what refraining from public quarrels with Anthony Fauci can accomplish. And he is increasingly being judged by the wider electorate as someone who bumbles from crisis to crisis in spite, or perhaps because, of his extensive Washington experience.

W. James Antle III is the Washington Examiner’s politics editor. He was previously managing editor of the Daily Caller, associate editor of the American Spectator, and senior writer for the American Conservative. He is the author of Devouring Freedom: Can Big Government Ever Be Stopped?