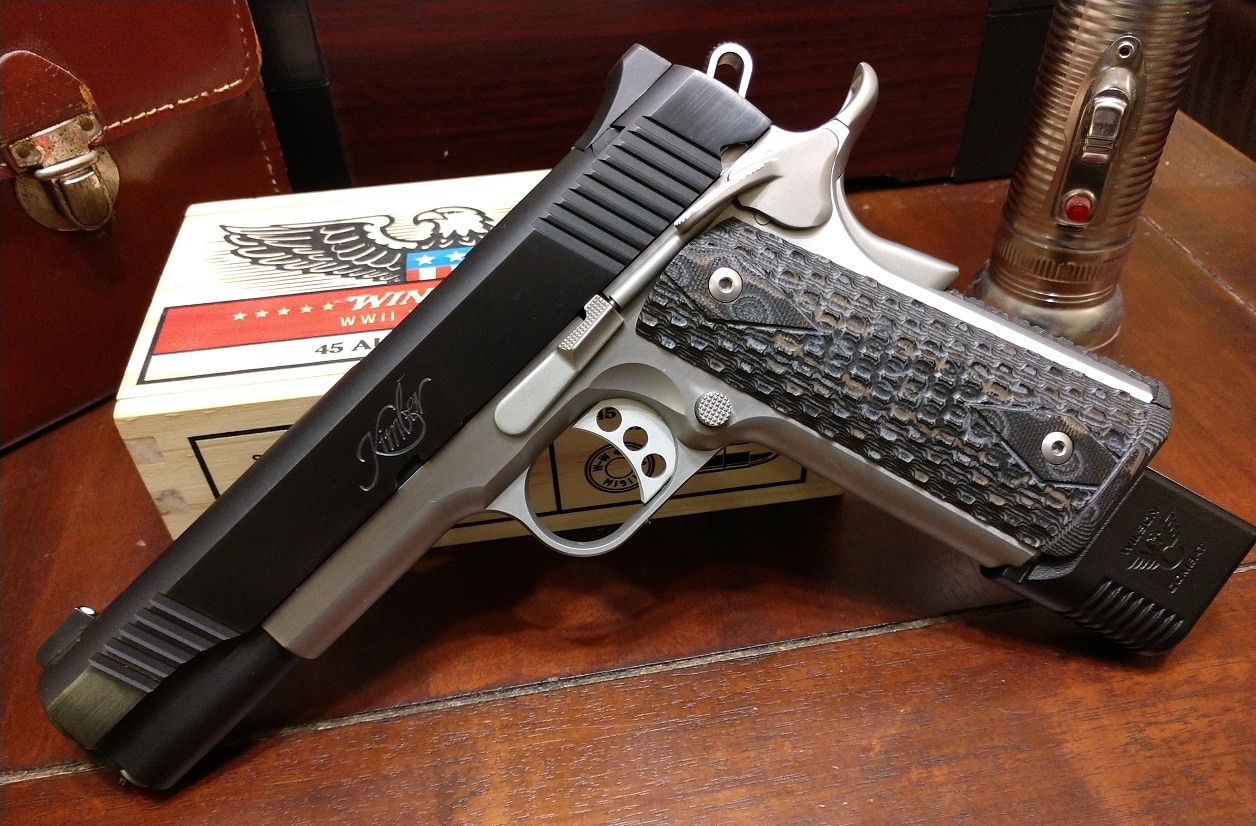 Just How Good are Kimber’s Guns? While it was Colt Firearms that produced the first of the John Moses Browning-designed M1911 .45 pistols, today the market leader in the category is Kimber. And it isn’t hard to see why, as the company has become known for building fine sporting firearms that are better than even the classics from the golden age of American firearms.

Its firearms have been used by the USA Shooting Team, the LAPD SWAT and the United States Marines assigned to Central Command. This has allowed Kimber to become the world’s largest producer of 1911 pistols, while hunters have used the company’s rifles around the globe.

While Kimber today dominates the 1911 market like no other, the company wasn’t an immediate success after its founding in 1979 by Australian Jack Warne after he moved to Clackamas, Oregon. Warne had previously owned and operated the Australian firearms manufacturing company Sporting Arms of Adelaide, South Australia. After selling that firm and moving to America he opened Kimber of Oregon, where the company produced .22 long rifle caliber rifles.

An attempt to attract investors in a private stock offering fell short, Kimber of Oregon was sold, and by the 1990s its assets were sold off. Jack Warne founded a new company that produced rifle scope mounts, while son Greg Warne worked with Les Edelman and founded the new Kimber of America, which soon grew in size while offering quality products such as its line of 1911 pistols. Greg Warne left the company within a decade and passed away in 2006, but today the privately-owned firm has now been relocated to Troy, Alabama.

Despite being based in a state that isn’t exactly known for its support of the Second Amendment, the company has been a long time friend of the industry as well as pro-gun politicians. A 2012 story from CBSNews.com reported that Kimber of America was the first firearms manufacturer to donate to a political super PAC when it donated $100,000 to the “Red White and Blue Fund” in support of then presidential-candidate Rick Santorum.

2020 Products From Kimber of America

Focusing in for a moment on some of the more recent Kimber models last year, For 2020 Kimber introduced its 1911 RAPIDE Black Ice, which featured a stepped cocking serrations, slide lightening cuts that increase lock time, a match-grade trigger and Tru-Glo TFX Pro Day/Night Sights.

The company added two new models to its Micro 9 lineup including the Amethyst, which features a Purple PVD slide with laser engraved border, KimPro II Silver Frame, purple and black G-10 grips with three vertical serrations and standard night sights; and the Micro 9 Triari, which offers a deep relief laser engraved, stacked cube, front and rear cocking patterns on the slide and grips with stacked cube pattern for positive grip.

In its K6s Revolver line, Kimber added three new models for 2020 including the DASA 4-inch Combat and Target, and the K6s DASA Texas Edition. The Target model featured extended three-finger grips for added comfort as well as target adjustable rear sights to improve accuracy; while the four-inch Combat model featured an extended combat grip with finger grooves for better control along with white dot sights. The K6s Texas was released as the collector edition piece with a two-inch barrel, G10 ivory grips and the Texas state motto and flag engraved on the frame.

The rifles offered high-level performance features including the all-weather KimPro finish, extremely strong, light, and well-balanced AG Composites carbon fiber stocks, and were offered in either soft-touch GORE Optifade Open Country or textured granite. The rifles featured a market-leading, 24-inch PROOF Research, carbon fiber, barrels in either 6.5 Creedmoor or .308 Winchester, and weighed less than six and a half pounds with muzzle brakes.

“We are very excited to add these rifles to the Kimber lineup for 2020,” said Chris Faust, product manager for Kimber. “We were looking for cutting edge performance to enhance our popular line of lightweight, accurate mountain rifles. Partnering with PROOF Research is a great fit as they are the market leader in high tech, carbon fiber, barrels.”

Editor’s Note: This piece has been updated since publication.