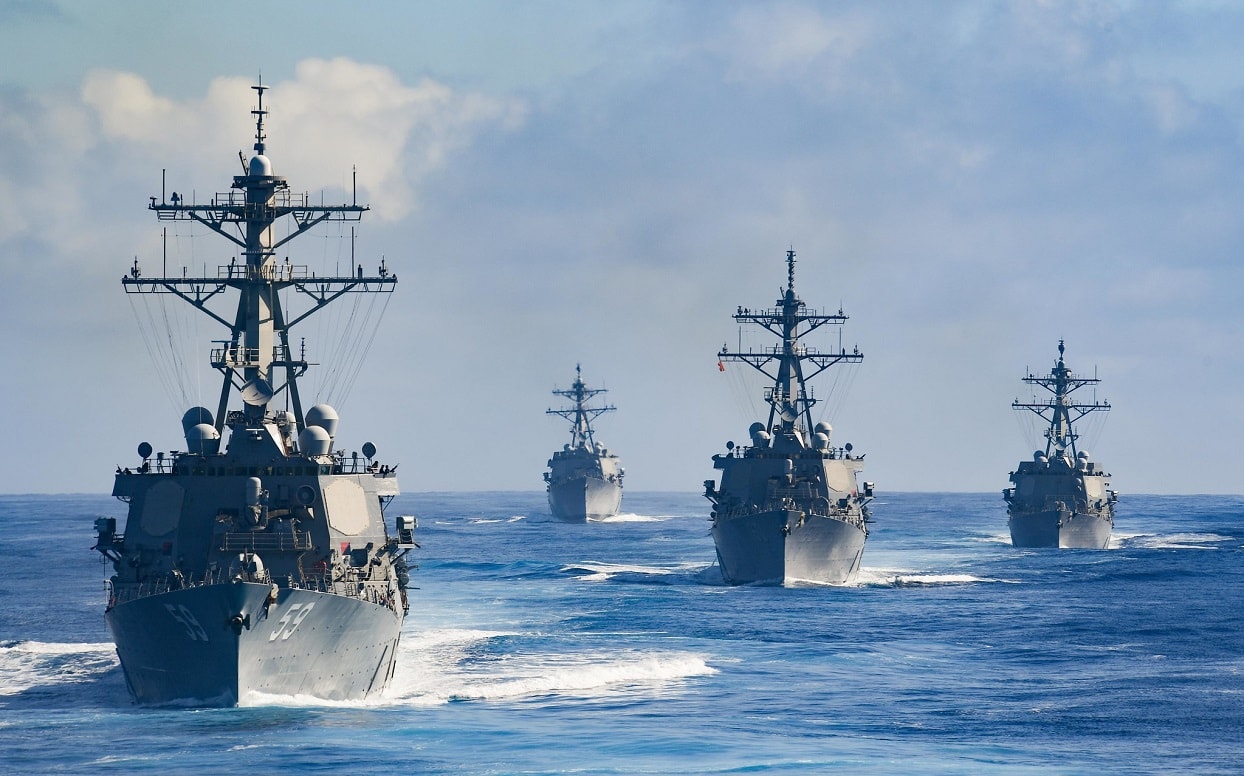 Zircon, What We Know About Russia’s New Hypersonic Missile: The Russian military announced the successful test of an anti-ship hypersonic missile that could prove to be a major headache to U.S. and NATO warships in the event of a conflict.

According to the Russian Defense Ministry, the frigate Admiral Gorshkov launched Zircon hypersonic cruise missile and struck a training target located almost 250 miles away during trials in the White Sea.

How Fast is the Russian Missile?

Aircraft, missiles, and even some bullets that can reach supersonic speeds travel faster than the speed of sound, meaning that the object first passes and then is heard. When an aircraft breaks the barrier of sound and goes supersonic, there is a very loud noise akin to an explosion and even a visual effect. Supersonic missiles or aircraft have a speed of Mach 1 or approximately 770 miles per hour depending on the air density and some other environmental factors.

On the other hand, hypersonic aircraft and missiles can travel five times faster than the speed of sound, thus making them harder, if not impossible, to intercept. Hypersonic missiles or aircraft have a speed of Mach 5 or approximately 3,000 miles per hour. Indeed, these are such

tremendous speeds that only spacecraft can reach them when it comes to manned aircraft.

When it comes to the Zircon, Russian President Vladimir Putin claimed that the weapon is capable of reaching speeds Mach 9 or an almost astounding 7,000 miles per hour, meaning that the cruise missile would be unstoppable.

Putin also said that the weapon has a range of about 620 miles, or 1,000 kilometers. If that range is accurate, and coupled with the fact that it is a ship-launched munition, it would mean that the Zircon can be both a theater- and strategic-level weapon that could be deployed from the land against ground targets but also from warships or submarines against naval or even ground targets in the U.S. or other NATO countries.

Despite its technological advantage elsewhere, the U.S. military is struggling to compete with Russia and China in hypersonic weapon technology.

The Zircon is scheduled to enter service with the Russian Navy sometime in 2022.

How Could Russia Use the Zircon?

President Putin justified the new missile as a self-defense measure necessary to ensure the protection of Russia and its interests.

“If some kind of strike systems appear on the territory of Ukraine, the flight time to Moscow will be seven to 10 minutes, and five minutes in the case of a hypersonic weapon being deployed. Just imagine. What are we to do in such a scenario? We will have to then create something similar in relation to those who threaten us in that way. And we can do that now,” Putin said on Tuesday.

Zircon shore batteries together with S-300 and S-400 ground-to-air missiles placed in places such as Crimea or the Baltics could create a potent Anti-Access/Area Denial (A2/AD) umbrella that would prevent U.S. and NATO warships and aircraft to enter—at least without high risk—and provide Russian ground troops with cover to conduct operations relatively unopposed.

If proven as effective as it is touted to be by Moscow—which has a history of inflating its military and technological claims—the Zircon hypersonic cruise missile could turn into a significant obstacle for the U.S. Navy and NATO warships.

1945’s New Defense and National Security Columnist, Stavros Atlamazoglou is a seasoned defense journalist specializing in special operations, a Hellenic Army veteran (national service with the 575th Marine Battalion and Army HQ), and a Johns Hopkins University graduate. His work has appeared at Business Insider and many other defense publications.