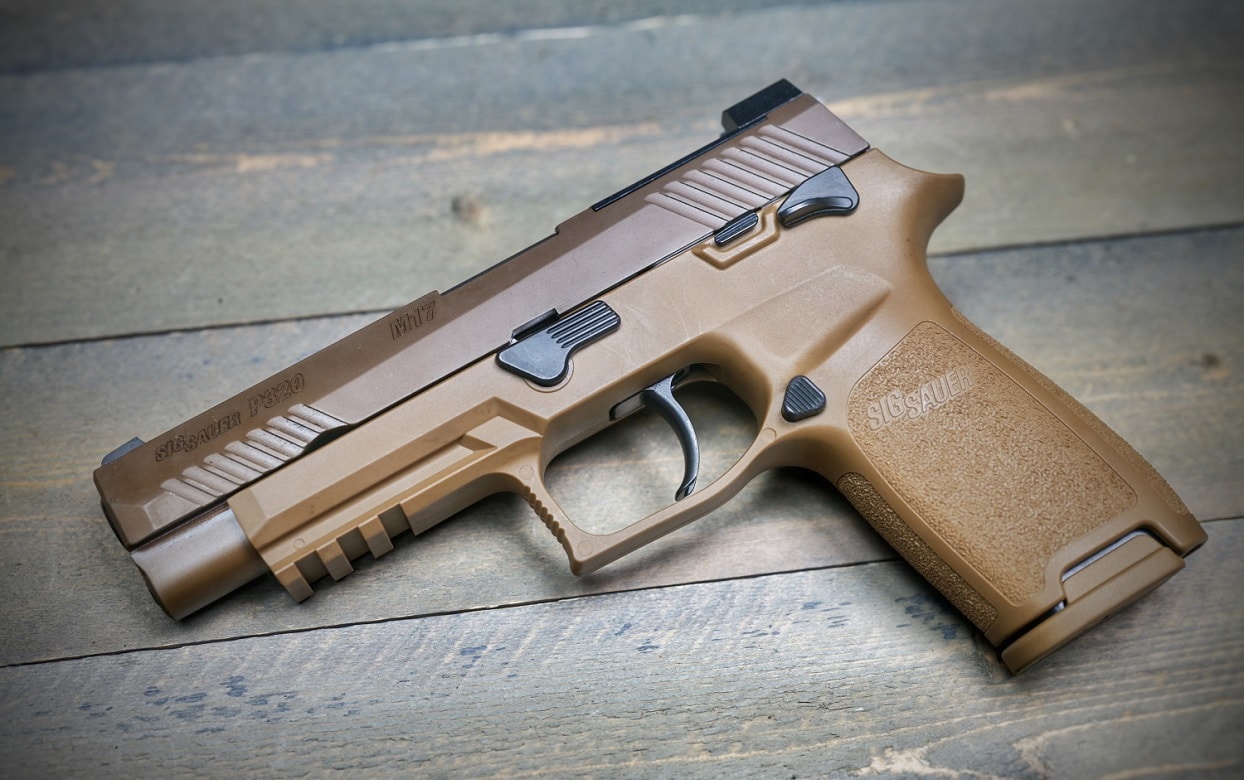 Sig Sauer M17 and M18, the wrong choice for the US military? There were numerous players, but Sig Sauer was the last man standing. The military versions of the Sig Sauer P320, the M17/18, won the US Military’s XM17 Modular Handgun System competition to replace the Beretta M9 and Sig Sauer M11 a few years back. The Sig was truly modular, filed a cheaper bid, and had devised a better ammunition manufacturing plan than the Glock 19X. But was the Sig Sauer the right choice?

After Glock filed a protest with the government after losing the competition, the U.S. Government Accountability Office released a report that ran down the ratings on the various criteria for the trials.

The Trial Grades Were Close

At first, based on performance, GAO had the Glock 19X and Sig Sauer M17/18 almost neck and neck in comparison trials. They scored identical ratings on general accuracy, characteristics of the projectile, and accuracy on user isolation. The Sig was rated moderately better on ergonomics. Finally, the Sig was rated “good” on the entire performance test, while Glock was rated “acceptable.”

Early warfighter acceptance was going to be “good” for the Glock and only “acceptable” for Sig Sauer. But for license rights and manufacturing of the gun and ammunition, the Sig really shined. It scored “outstanding” on six categories with two “good ratings.” Glock had only two “outstanding” ratings in these criteria. Then there was the price, as Glock had the more expensive bid at $272 million compared to $169 million for the Sig.

Did the Army Pick the Right Winner?

Like any large government competition for defense products, people play a parlor game and argue the merits of both winners and losers. This is often about brand loyalty. Not everyone agreed that Sig Sauer should have won. One reason is that the baseline model of the Sig Sauer model, the P320, has some safety issues according to many firearms experts. The manufacturer of the base P320 is facing three lawsuits for unexplained discharges that have seriously injured users. Two of the unintended discharges happened with law enforcement members. They allege that they never pulled the trigger, and the gun went off anyway.

From here things get a little more challenging for Sig. The Pentagon released a 2018 report criticizing the Sig Sauer M17/M18. The Pentagon testing of the M17 and M18 handguns showed some problems, including accidental discharges if the pistol was dropped on to the dovetail of the gun, ejecting live bullets, and unfavorable performance with 9mm “ball” cartridges. The Army and representatives from Sig Sauer told Task and Purpose in 2018, that the gun was “safe to operate,” and that the issues outlined by DoD had since been mitigated. 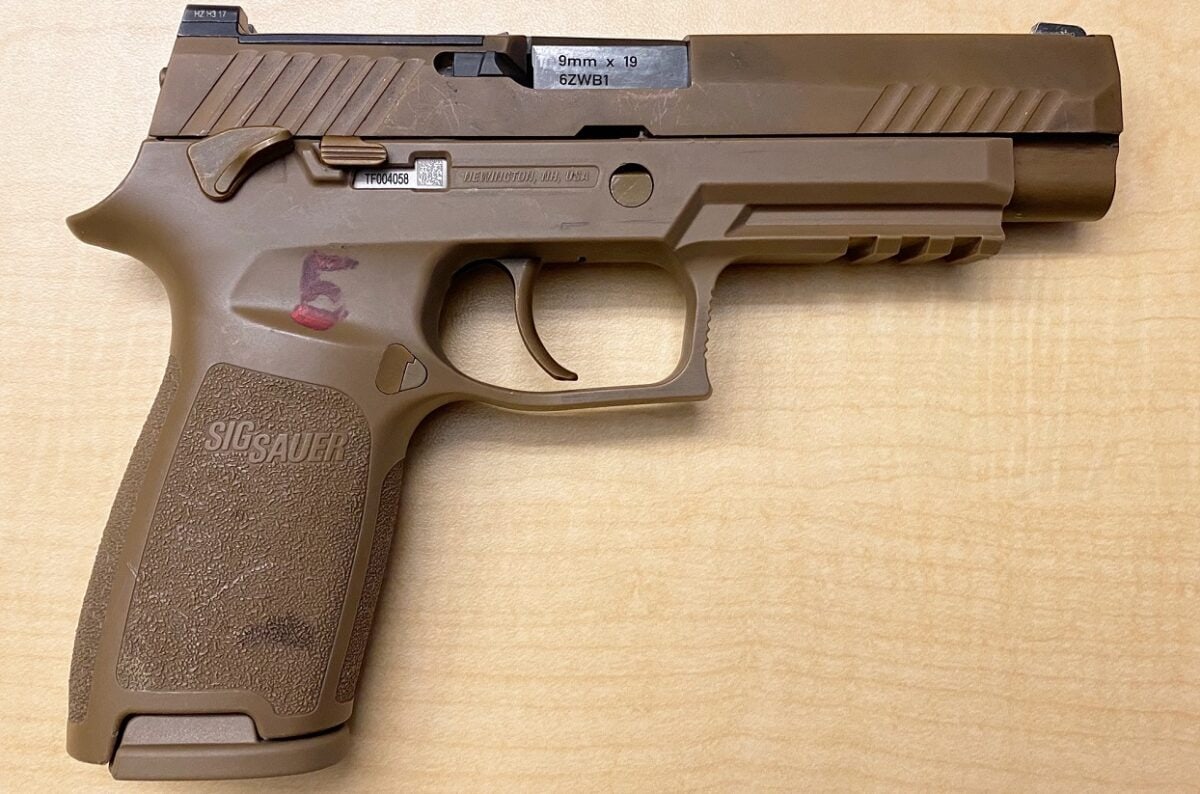 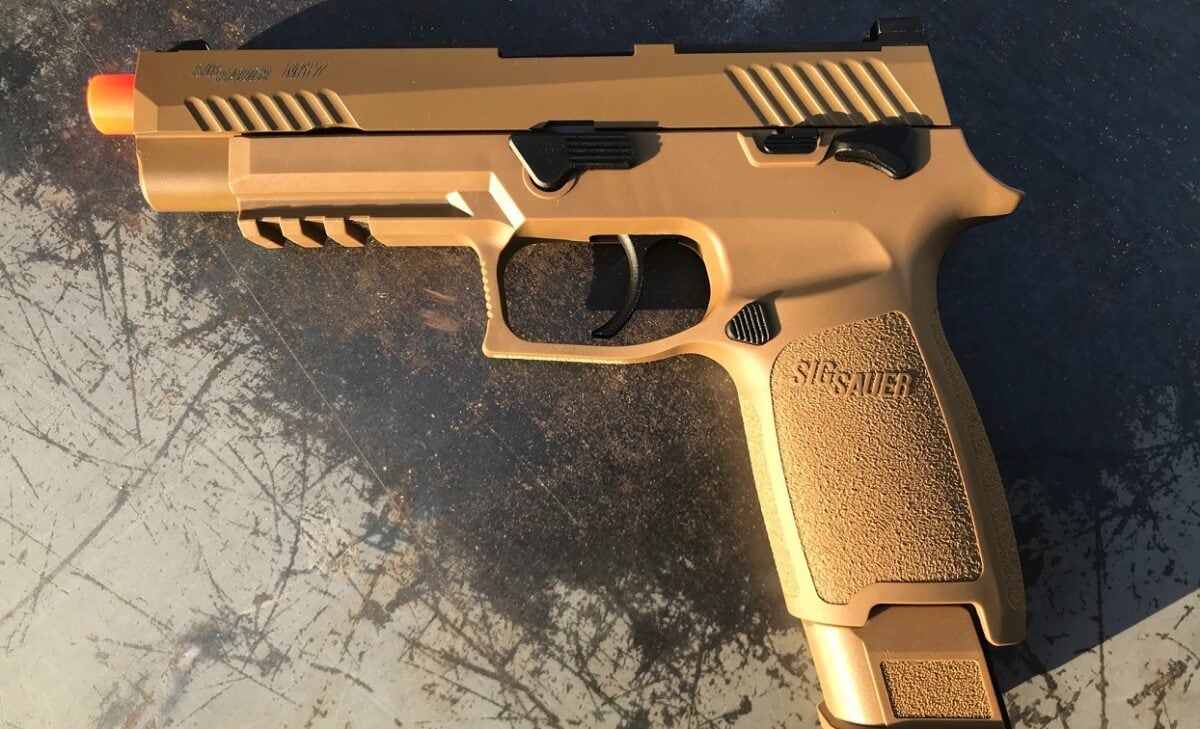 Could the Glock 19X have won if the Army testers would have used some different testing methods? The performance ratings mentioned earlier are subjective and done by humans who could have made mistakes. It’s too late to re-compete the original contract, so the U.S. military will have to live with their choice.