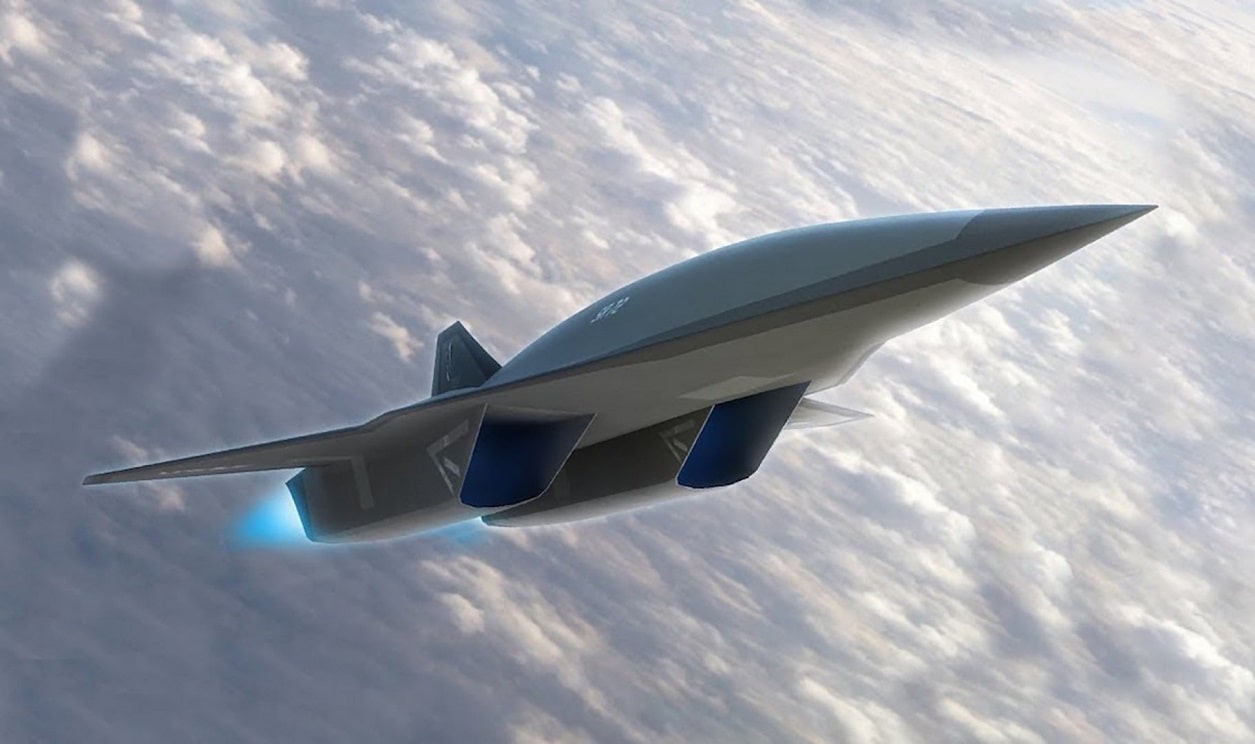 Do we now have video of the SR-72?: Sometimes the US Air Force gives out a free peek at future air frames, and in this day of 24/7 social media, there are plenty of prying eyes that don’t miss anything when it comes to military video viewings, and that means from civilians and foreign governments. These mini-hype films give away glimpses of computer-generated artist renderings and animations that leaves the analysts to speculate on the growth and advancement of certain aircraft.

Case in point: Ther U.S. Air Force Profession of Arms Center of Excellence posted a three minute video on YouTube last month that is giving people clues regarding the future of unmanned platforms. It’s racked up over 100,000 views since November 8. Why we care? It might have show a glimpse of the SR-72 Son of Blackbird Spy Plane and other top secret US military projects.

Is That the Great White Bat and the SR-72 Son of Blackbird?

Toward the end of the video, it appears that the Air Force has given a few seconds to the stealth flying wing RQ-180 White Bat drone and the potential Mach 6 (4,600 miles per hour) SR-72 Son of Blackbird unmanned spy plane. These would partially take over from the workhorse Global Hawk intercontinental reconnaissance drone. The Air Force wants to retire 24 of the 34 Global Hawks and take the estimated $21 billion saved to invest in the new stealth drones. This is a big jump in capability over the Global Hawk, which only goes 391 miles per hour at top speed.

SR-72 Has a Ways to Go, But Could Be a Difference Maker

The SR-72 Son of Blackbird is only a demonstrator at this point and probably won’t fly in regular testing until 2025 with service expected in the 2030s.

But if it makes into production, it could potentially reach China in about 90 minutes. The SR-72’s main mission is to collect intelligence, surveillance, and reconnaissance data. It could even be equipped with air-to-ground missiles for offensive operations.

It’s farther along than the SR-72 having been sighted in the air over California and Nevada and perhaps even near the Philippines.

The SR-72 has a “cranked kit-shaped” flying wing with a high sweep angle. It may have two engines mounted inside the fuselage to improve stealthiness.

Although imagined as an intelligence, surveillance, and reconnaissance bird, the RQ-180 could also be used as an electronic warfare drone to jam enemy air defenses. It would fly out ahead of strike aircraft and clear the way for an attack.

What’s the Angle Behind the Videos?

What does the Air Force really achieve by releasing these hype videos?

Well, for starters, it’s good public relations. Numerous articles have already been published on the video. It builds excitement for recruiting and retention of airmen. It allows the Twitterati and amateur analysts to comment and speculate on a grand vision and strategy for the Air Force.

But it also places pressure on the acquisition programs to maintain secrecy, although the Air Force probably feels that with all the citizen defense reporters out there, it might as well control the release of new images to better build interest and create a feeling that the Air Force is responding to new threats with the best technology it can muster.

Now serving as 1945’s Defense and National Security Editor, Brent M. Eastwood, PhD, is the author of Humans, Machines, and Data: Future Trends in Warfare. He is an Emerging Threats expert and former U.S. Army Infantry office. You can follow him on Twitter: @BMEastwood.