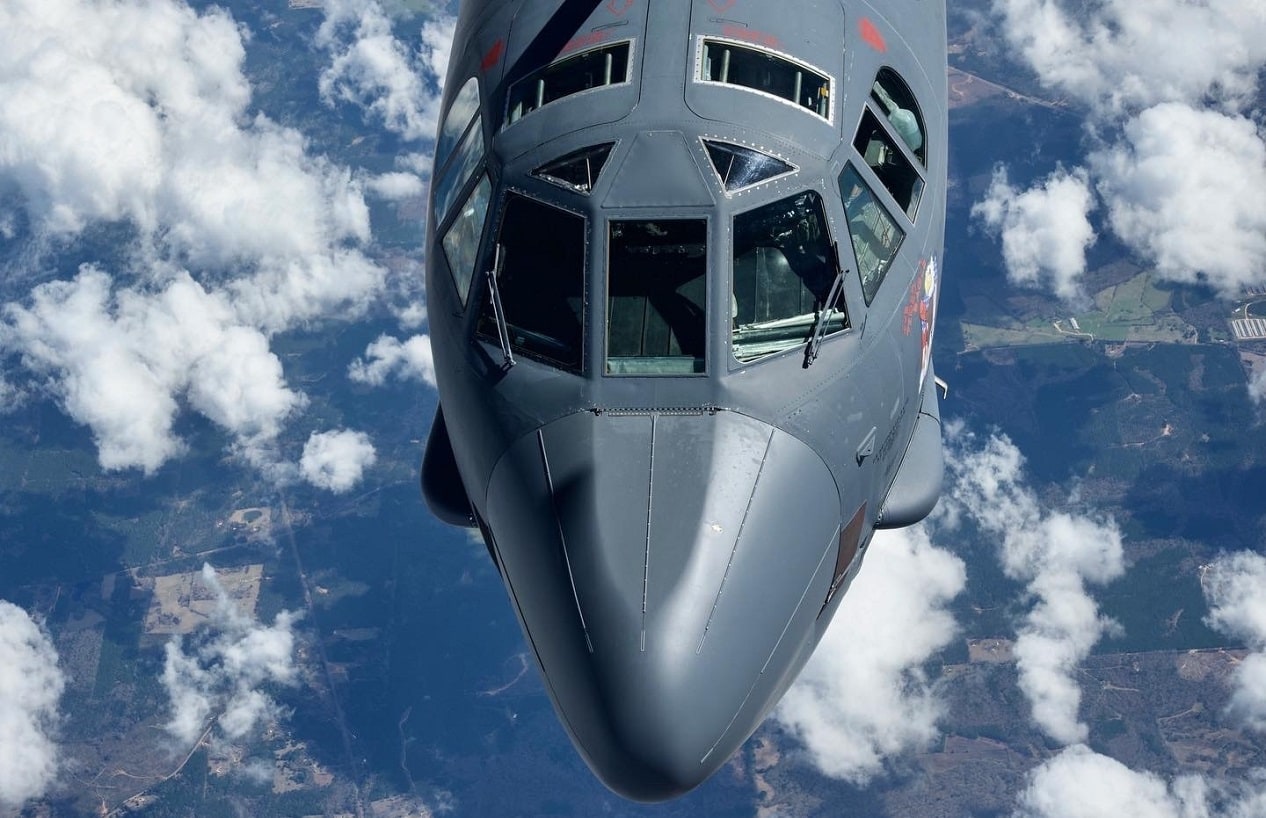 Nuclear Powered Planes: Thank God They Never Flew – Ah, the Atomic Age, when nuclear energy seemed the ticket to a future of limitless possibilities. For a generation, after 1945 the United States explored all kinds of nuclear propulsion concepts. Some, like naval power plants for subs and ships, proved both revolutionary and effective. Others proved possible to develop but impractical to pursue.

Of these concepts, the nuclear-powered aircraft now seems the most fanciful, but billions of dollars and years of top-flight research sunk into the Aircraft Nuclear Propulsion (ANP) program that chased the idea before its demise. Between the end of World War II and the dawn of Camelot American engineers figured out how to fit a reactor in an airplane and make it generate thrust without frying the crew. American leaders couldn’t figure out how to pay for it or why they needed it.

Today the ANP program is remembered as an Atomic Age boondoggle whose only remains consist of three-story-tall experimental units and giant hangars with six-foot-thick walls. When cancelled, the program was about to create flight-ready hardware and an airframe to put it in for a flight test program. However, doubts about the future of manned bombers and concerns about accidents clouded a costly program ripe for cuts.

But all that money and effort produced some wild ideas about what you could do with all that technology. After the Kennedy administration cancelled the ANP program in early 1961, the program’s largest contractor—General Electric—produced a 21-volume report on the project.

In dry prose and black-and-white figures one blandly-named volume, APEX-910 “Aircraft Nuclear Propulsion Application Studies,” painted a Tomorrowland future of atoms in motion. The report summarizes a stunning variety of studies into small, lightweight nuclear engines for everything from seaplanes to rockets and even helicopters (!)

To get a small reactor to fly, you essentially strip it of shielding and use its heat output to expand air instead of burning fuel to produce thrust. Little shielding means crew hazard and contamination. Turbojet and turboprop designs require complicated arrangements to transfer heat from the reactor core to the engines. Some designs used liquid metal for coolant and heat transfer. The pumps and plumbing involved in multi-megawatt liquid metal cooling loops presented interesting issues. GE opted for the air-cooled, direct- or open-cycle design.

The ANP program solved most of the shielding and plumbing problems before it ended, but only for open-cycle systems. Closed-cycle systems like those aboard nuclear submarines, where the radioactive heat transfer loop remains isolated from the turbomachinery, proved too difficult for the era. The first generation of atomic aircraft were going to be pretty dirty.

As part of the stepwise flight testing program the B-52 and Britain’s “Princess” flying boat, albeit disfigured by unsightly protrusions and appendages, could carry the big prototype power plants into the air.

The intriguing “Hunter-Killer” aircraft concept was one very large, very fast plane. This was a “counterforce system capable of destroying enemy strategic weapons such as ICBM’s, long-range aircraft, and their associated bases.” Mission requirements defined an airplane like a Mach 3 attack sub, capable of  “airborne alert for extended periods of time, [penetrating] enemy territory either at sea level or at high altitudes and high speeds [and carry] large payloads (50, 000 to 100, 000 pounds).”

Nuclear-powered missiles enjoy the advantages of both nuclear propulsion and unmanned operation. The 1954 ACA-8 nuclear-powered reconnaissance drone concept featured tremendous endurance and no crew to endanger. A nuclear-powered cruise missile could be unstoppable and might prove better than the ICBMs in development at the time.

GE’s report discusses a nuclear ramjet-powered cruise missile in some detail, but did not directly explore the concept. (Lawrence Livermore Nuclear Laboratory took the nuclear ramjet as far as a full-power testbed prototype.) In a nuclear ramjet the vehicle flies so fast the air entering the engine intake needs no compression and flows directly through the reactor core. Fission superheats and expands the air which thrusts the vehicle forward.

ICBMs themselves tried on nuclear power when more relaxed attitudes towards atmospheric radioactivity prevailed. An ICBM design discussed in the APEX-910 report employs a nuclear rocket engine in its first stage for launch, with a chemically-fueled second stage. By the time of the report’s issuance in June 1962 such ground contamination could no longer be entertained, and nuclear rockets were confined to space alone.

But the most fascinating and far-out studies in the GE report explore other applications for lightweight compact nuclear propulsion systems. The zaniest briefly discusses a joint GE-Hughes look into nuclear powered heavylift helicopters. One wishes for some zoomy conceptual art but only basic powerplant diagrams exist to accompany the dampening conclusion that a nuclear-powered helicopter with any shielding could carry no payload.

More promising and nearly as cool are the nuclear powerplant for airships and another for hydrofoils. The nuclear airship based on a Goodyear base plan could fly at 85 miles per hour a mile up in the air for a very long time, its crew separated from the reactor by 200 feet of lighter-than-air structure. The hydrofoil design looked at a small 200-ton boat capable of 100 knots running a closed-cycle neon-filed “power pod.” A power pod encapsulated the reactor and turbomachinery in a gas-filled container in which an inert gas like helium or neon circulates.

GE engineers found other uses for the power pod, or “closed-cycle nuclear gas turbine” to give it its full name. The 601-B unit was essentially a “nuclear outboard motor” capable of replacing a ship or sub’s internal powerplant. GE also studied a portable terrestrial power plant for the U.S. Army. Several vehicles could transport and set up a portable nuclear plant for heating and electricity. The Army developed such a power plant—the ML-1—but abandoned the project with the onset of the Vietnam War.

For the last application studied the sky was literally the limit. GE engineers sketched out an interplanetary spaceship using liquid hydrogen and 21 reactors to hurl its components from Earth’s surface to Mars on a three-week flight. Its nuclear engines would shift from turbojet to ramjet to rocket propulsion during flight. No modern system even contemplates such performance.

Looking back a half-century to an era of greater faith in nuclear energy, it’s easy to shake one’s head in wonder. What were they thinking? Surely crashes, combat and carelessness were going to keep it all from ending well. Today’s drone designers may look longingly at small nuclear turboprops but can count on little support for such ideas.