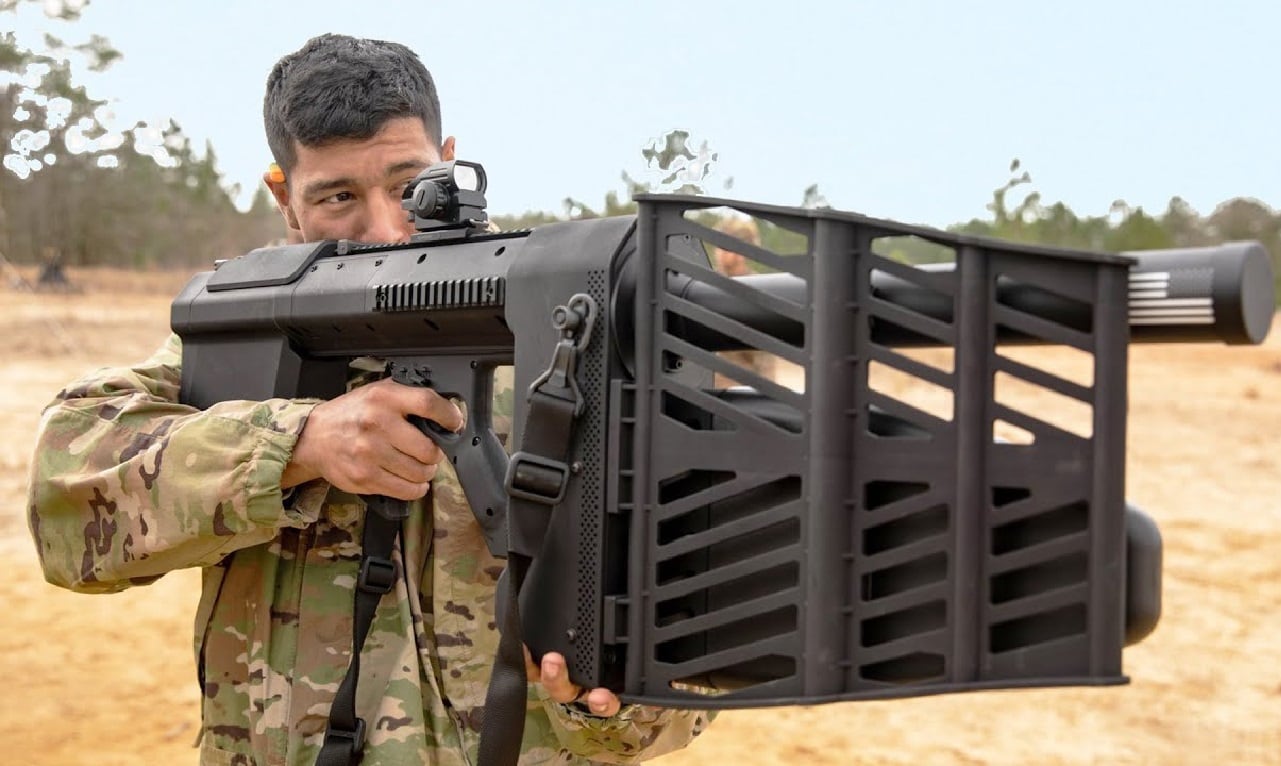 300-Plus Swarm Drones Just Flew In This DARPA Test: One drone armed with a missile or a bomb can take out a tank or a building. Make it 10 drones, and you can create havoc on a battlefield or a city street.

But what happens when 300 drones attack?

Drone Swarms Are the Future

You can get a glimpse of this in a video of the latest test (see below) of DARPA’s Offensive Swarm-Enabled Tactics (OFFSET) project, the Pentagon’s bid to use develop autonomous robots that operate in hordes. The video includes footage of about 10 quadcopters circling a target, a hobby-sized model airplane weaving through urban streets, and columns of little four-wheel ground robots lined up on a road.

This is a taste of the future. Swarm drones – on air, land and sea – promise to be one of the revolutionary weapons of the 21st Century.  The idea is to send so many small robots that the target is overwhelmed. Fling 100 quadcopters or toy-sized ground vehicles at a target, and even if the defender shoots down 10, that leaves 90 to complete the mission.

But saturation only works if the drones can work together autonomously; if 300 drones have to be controlled individually by human operators, the logistics would be overwhelming. OFFSET aims to create robots equipped with AI that can collaborate sufficiently to enable the swarm to operate in a coordinated fashion, such as coming at the target simultaneously from multiple directions.

DARPA recently demonstrated this during the sixth and last in a series of OFFSET field tests – each more complex than the previous one – at the Cassidy Combined Arms Collective Training Facility at Fort Campbell, Tennessee.

Interestingly, the exercise incorporated virtual unmanned vehicles to operate alongside real air and ground robots. “Two Swarm Systems Integrators – Northrop Grumman Mission Systems and Raytheon BBN Technologies – were tasked with designing, developing, and deploying an open architecture for swarm operations in both physical and virtual environments,” according to the DARPA announcement. “The swarm systems consist of an extensible game-based architecture that enables the design and integration of swarm tactics, immersive interfaces for collaboration among teams of humans and swarm systems, and a physical testbed with hundreds of aerial and ground robots to validate new capabilities.”

“The testbeds consist of commercial off-the-shelf small unmanned systems, including backpack-sized rovers as well as multi-rotor and fixed-wing aerial vehicles. These systems, or swarm agents, were tasked by swarm commanders to execute swarm tactics to complete the FX-6 mission scenario.”

DARPA claims the final test accomplished three goals: combined collaborative operations that involved 300-plus platforms from two different defense contractor testbeds, virtual swarm operating in tandem with physical models, and the use of special devices – such as virtual reality gear, tablet computers and mobile phones – to allow operators to control the swarms.

“We have demonstrated in the field that these swarm capabilities are rapidly nearing availability for future operations, and the lessons learned from OFFSET will certainly contribute to future swarm advancements,” said OFFSET program manager Timothy Chung.

The robots in the video (see above) look like toys, especially the ground vehicles that look like they belong under a Christmas tree. But this potential of this technology is deadly serious, as seen by the use of a quadcopter in an attempted assassination of Venezuela’s president in 2018, armed Turkish quadcopters in Libya, and weaponized quadcopters used by ISIS in Iraq and Syria.

The Pentagon wants to go a step further by developing swarms of small drones that can largely operate autonomously, with the operator only needing to give a few simple commands over a device like a tablet or mobile phone. “The goal is to develop a set of ‘swarm tactics’ that can be used to implement a swarm commander’s intent using algorithms that autonomous systems can understand,” DARPA noted.

Of course, if the U.S. can do this, then other nations – and eventually militant groups and terrorists – will as well. And it seems inevitable that truly autonomous drones – that won’t need human input at all – will become the symbol of 21st Century warfare.

In this article:DARPA, Drone Swarms, Drones, UAV, US Military