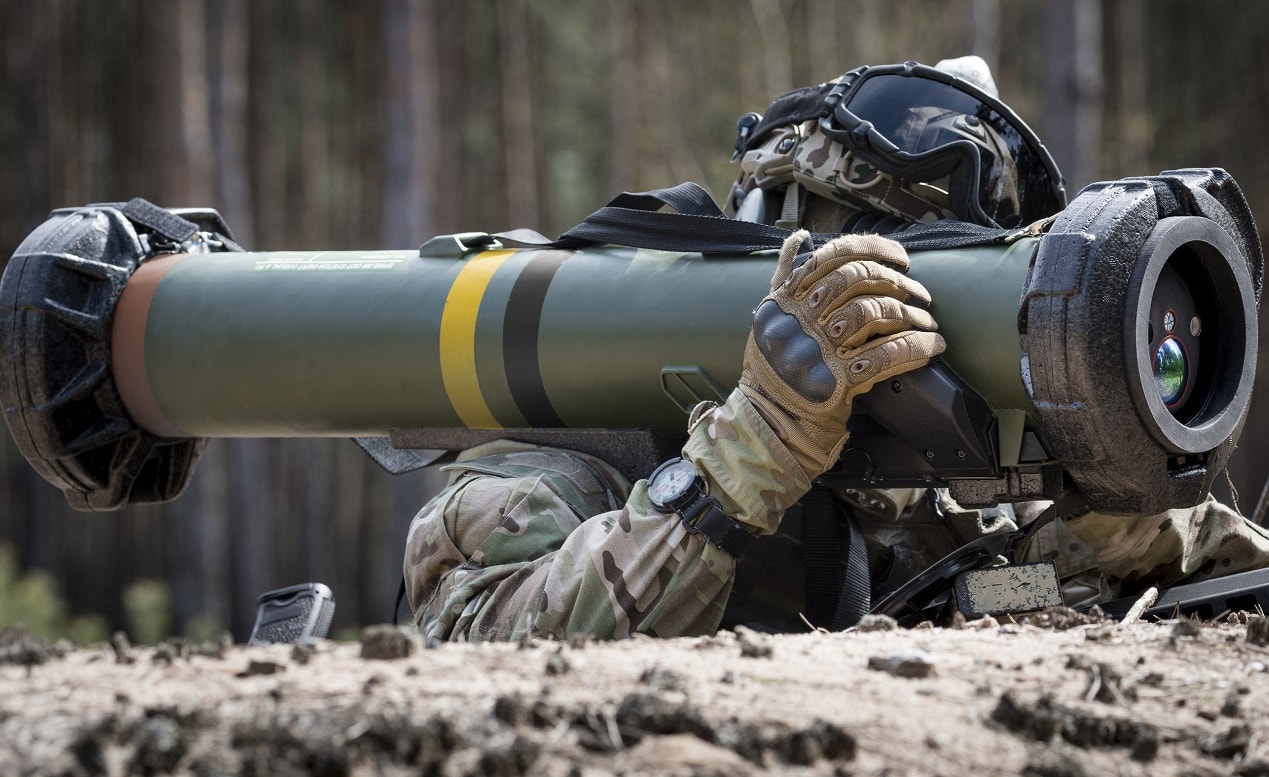 Drive a ‘Nail’ In Enemy Tanks with Israeli SPIKE System: If you haven’t heard of the Israeli SPIKE family of anti-tank missiles, you are in for a treat because this is one of the most advanced systems in the world that can destroy enemy armor.

Israel’s well-known defense firm Rafael manufactures the various systems and they have been exported to at least 33 countries. The SPIKE Non-Line-of-Sight (NLOS) original missile used television imaging to guide its projectile to the target. Now the U.S. Army is even perusing the SPIKE SR short-range wireless fire-and-forget missile. The various systems would make sense for Ukraine too.

The below is a short history of the platform and what battlefields you might find them on.

SPIKE Anti-tank Missiles Developed As a Result of Battlefield Outcomes

The Israelis wanted something that could answer a large tank invasion – similar to what it faced during the Yom Kippur War of 1973. SPIKE was used against artillery positions during the Second Lebanon War and in Operation Cast Lead versus Hamas.

Operators Can Watch the Launch and Guide It Via TV

Developed in the late 1980s and called the Tammuz by the Israelis, the SPIKE NLOS missile has an imaging infrared camera inside and is wire-guided. The original NLOS was ahead of its time. The electro-optic sensor allows the operator to see television imagery of the missile’s attack path. The soldier can maneuver the missile toward its target. It can also change targets in flight. The latest versions of the SPIKE NLOS have better cameras with infrared targeting and laser guidance. It can be deployed on vehicles, helicopters, and gun boats.

Rafael has also partnered with Poland to produce the 5th generation SPIKE NLOS that is accurate out to 20 miles.

In addition to the NLOS and the SR, Rafael produces the SPIKE 5th Generation Long-range (3.4 miles) and the Extended-range (6.2 miles). Various munitions include High Explosive Anti-Tank, Penetration Blast Fragmentation with warhead detonation control and Fragmentation.

The various SPIKE systems have the range to knock out enemy artillery, which is why the South Koreans have bought it to deploy on naval helicopters and station on islands to destroy North Korean patrol boats. The British fired SPIKE missiles at insurgent teams setting up IEDs and mortars in Afghanistan.

Could They Be Linked to Drones?

A valuable opportunity in tactics and techniques is integrating SPIKE launchers with drones, particularly the Israeli Hermes 450 remotely-piloted vehicle. The drone sends targeting information down to SPIKE operators and then the missile crew locks on. Future drones could also supply replacement missiles to SPIKE systems.

The U.S. Is Taking a Look

The United States is interested in the 22-pound shoulder-fired SPIKE Short-range. This system effectively eliminated moving practice targets in a live-fire exercise initiated by the US Army Expeditionary Warrior Experiment in 2021. The operators had obstructed views during the test and that showed the SPIKE’s versatility. Evaluators reported that the SPIKE Short-range was easy to use with its heat-seeking fire-and-forget capability. The Short-range has been in service with the Israelis since 2012. The Israelis have found out that Short-range can be used not only in rural, desert areas but also can be effective in cities.

Don’t Take Away the Javelins

Could the SPIKE Short-range replace the Javelin anti-tank system? No, the SPIKE could instead someday supplement, not eliminate the Javelin.

The Javelin is also fire-and-forget, and shoulder-carried, but the main difference is that the Javelin missile takes off at an angle and then comes down on the top of an enemy tank, and important distinction. Both enable the operators to fire and then move to another position to engage a new tank. The SPIKE could give the Army additional capabilities to eliminate enemy gun emplacements and mortar teams – similar to the manner in which the British used the SPIKE in Afghanistan.

Could Ukraine use the SPIKE? That is a resounding yes.

The SPIKE NLOS and Long-range are already assembled through a joint venture between Israel and Polish defense contractor ZM Mesko. The Ukrainians would probably love to have the Long-range, NLOS, and Short-range SPIKE, in addition to their U.S.-supplied Javelins. The various systems are expensive though. NLOS costs $210,000 a unit.

Another interesting collaboration between Ukraine and Poland is the production of the Pirat 1 Anti-Tank Guided Missile. This is heavy at 33 pounds when loaded, but it can penetrate 550mm of explosive reactive armor – handy against Russian tanks. The Pirat 1 fires armor-piercing, thermobaric, and high explosive fragmentation rounds.

The various SPIKE systems have been tested in numerous live-fire and combat situations. They are robust and flexible. They can eliminate everything from a mortar crew to a patrol boat. SPIKEs are a popular export item – in use with dozens of armies. Thousands of SPIKE missiles have been fired. SPIKE would make for an effective pairing with Javelin anti-tank missiles and that has the United States and Ukraine taking notice when planning the required mission concepts when pondering scenarios for a possible conflict with Russia.