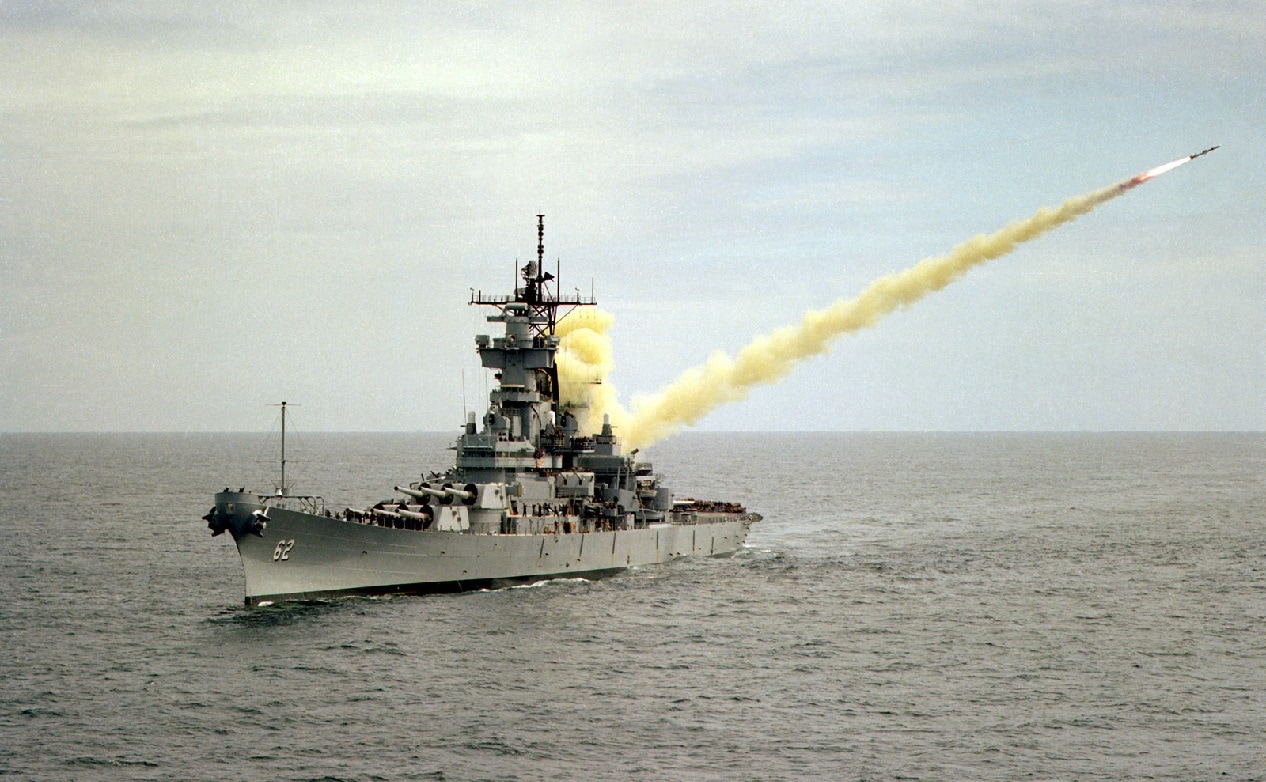 With primary armament that consisted of nine 16-inch (406mm)/50-caliber guns in three 3-gun turrets, including two forward and one aft, the U.S. Navy’s four Iowa-class battleships were the powerful warships built by the United States during the Second World War. Each of those guns was 66 feet (20 meters) long, which was 50 times their 16-inch bore (50-calbiers) from breechface to muzzle.

While that was impressive, during early stages of the Cold War in 1953, the U.S. Navy began a top-secret program to develop Mk 23 “Katie” nuclear naval shells, which reportedly had an estimated yield of 15 to 20 kilotons. Designed to be launched from the best seaborne artillery platforms of the era, which happened to be the four Iowa-class battleships, the shells could have given the Navy some serious hitting power.

At the time the shells were developed, the U.S. military had aircraft and missiles capable of delivering nuclear weapons, but it was determined that the Mk 23/Mark 7 16-inch cannon combination could provide an extremely accurate platform, one that was usable in any weather condition – compared to the early jet aircraft and even missiles that were grounded in inclement weather.

Production of the shells seemed to have begun in 1956, and about 50 of the special nuclear rounds were reported to have been produced. The diameter of each was around 410 mm, while each was 160 cm in length, and they weighted 680 to 860 kg. It has been suggested the projectiles may have been installed the inside of an otherwise unaltered HC Mk 13 shell body, but other sources noted that the Katie projectile was slight smaller than the Mk 13.

According to GlobalSecurity.com, USS Iowa (BB-61), USS New Jersey (BB-62) and USS Wisconsin (BB-64) each had an alternation made to the respective Turret II magazine to incorporate and secure storage areas for the projectiles. A total of 10 of the nuclear shells, along with nine Mk 24 practice shells, could be contained in the secure storage area. USS Missouri (BB-63) had been placed in the reserve fleet in 1955 and was thus ever not altered to accommodate the nuclear shells.

While the actual guns weren’t modified, the introduction of the Katie shells made the Iowa-class battleship’s 16-inch guns the world’s largest nuclear artillery. These were also the only U.S. Navy warships potentially armed with nuclear shells – and it is still unknown if any of the three battle wagons ever actually carried the shells in active service. The U.S. Navy’s policy has remained to neither confirm nor deny the presence of nuclear weapon aboard its ships.

However, it is known that the nuclear projectiles were all withdrawn from service by October 1962, with none ever having been fired from the 16-inch guns. USS Wisconsin had fired one of the practice shells during a test in 1957, while one of the projectiles was expended as part of Project Plowshare, which was the peaceful use of nuclear explosive devices for construction purposes. An inert Mk 23 shell body is currently on display at the National Atomic Museum in Albuquerque, New Mexico.