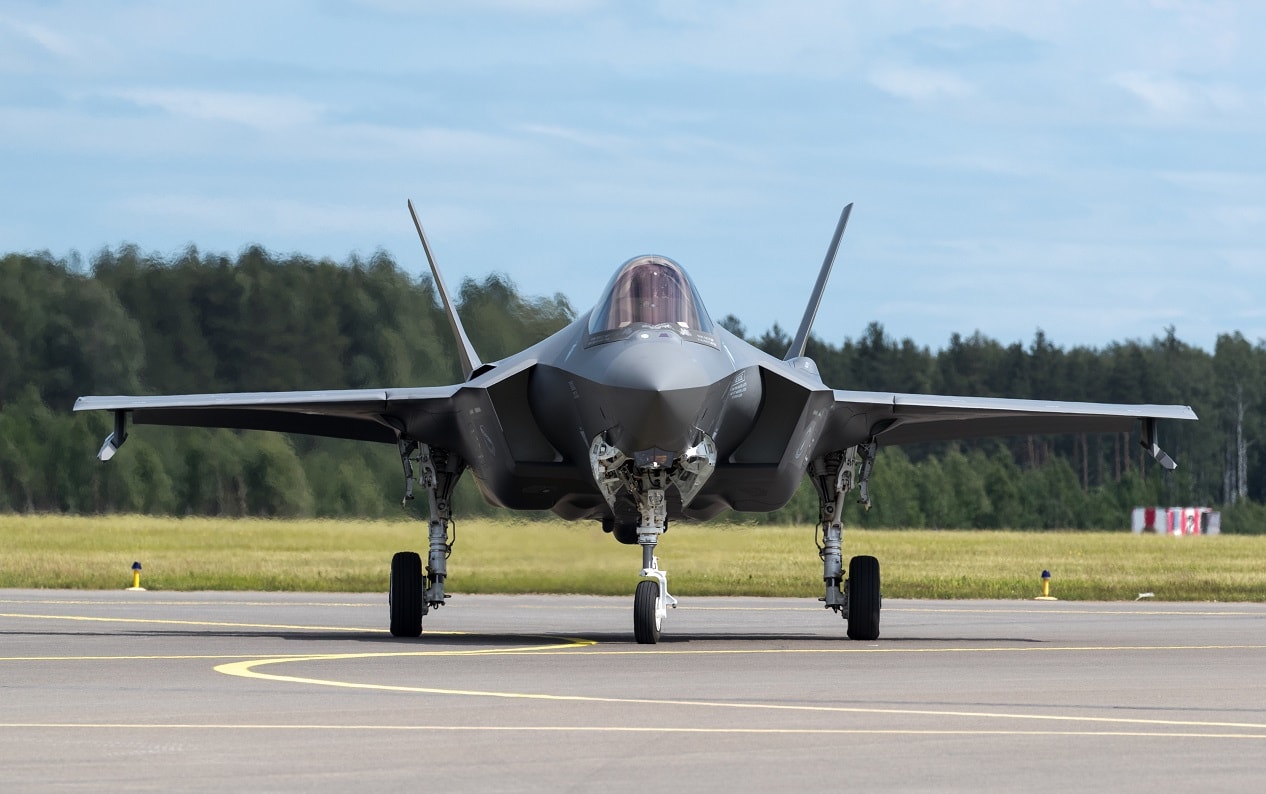 On December 10, Finland became the 14th country to acquire Lockheed Martin’s F-35 Lightning II fighter. While not a member of NATO, Finland is a member of the European Union and a liberal democracy—in short, the kind of country with whom the U.S. would like to share the F-35. The sale to Finland is also an indicator of the direction from which the U.S. and its allies believe the most imminent danger is coming.

Finland ordered 64 F-35A fighters (the Air Force variant of the F-35) to replace its aging fleet of F/A-18 jets in a deal worth $9.4 billion, according to a statement from Helsinki. The Finnish Air Force will begin operation of the F-35 in 2027.

Finland has a completely unique geographical position. For one, it shares a border with both Russia and Western Europe. Finland and Russia have long-standing historical ties, but they are not always ties of friendship. From 1809 to 1917, Finland was part of the Russian Empire, and it fought two wars within World War Two to prevent being re-annexed by the Soviet Union. Toward the end of the Cold War, Finland covertly supported independence movements in the three Baltic States—Estonia, Latvia, and Lithuania.

At present, it is even more significant that Finland is situated directly above those three countries. Providing Finland with the F-35 strengthens the West’s insurance policy against a Russian invasion of one of the three countries. Because Estonia, Latvia, and Lithuania are NATO members, the rest of the alliance would immediately be pulled into a conflict with Russia in their defense.

Given Finland’s proximity to both Russia and frontline states and its government’s embodiment of liberal democracy, it is an ideal candidate to be armed with the F-35 at a time of growing geopolitical uncertainty in its neighborhood. It is also likely not a coincidence that Finland has strengthened defense relationships with NATO countries in recent years, as Russia has begun to expand its influence and act with greater impunity in Eastern Europe.

Despite its neutral status, it is to Finland’s benefit that the F-35 contract strengthens its own national security while simultaneously fortifying the bulwark of F-35 operations in neighboring frontline states. NATO ally or not, the F-35 will bring Finland into a cooperative defense network on the alliance’s eastern fringe.

Other regional partners that have acquired the F-35 include Norway, with whom Finland already conducts training exercises, and Denmark. Given that Finland and Norway conduct those exercises in the north, it is likely that the increasing presence of Russian forces in the Artic will begin to weigh more on Helsinki.

The F-35A has also been ordered by Poland, the state most under pressure from Russian hostility via Belarus, and F-35s operated by Italy have been deployed in rotation to the Baltic States. The interoperability aspect of the agreement will also inevitably bring Finnish defense forces into closer cooperation with U.S. forces and the rest of NATO.

Finland has been content with its neutral status and has not gone out of its way to openly oppose Russia; the relationship between the two countries is largely cordial and functional. But given the turmoil in Eastern Europe, and the potential for aggressive overtures from Russia, the adoption of the F-35 may indicate that Helsinki does not expect to remain a neutral actor forever.

Many Finns have been unsettled by Russian aggression in the region since the annexation of Ukraine but have not had an immediate reason to feel threatened. Rhetoric from the Kremlin and Russian president Vladimir Putin himself regarding the idea of Finland joining NATO has made clear that Helsinki should not become complacent.

In a press conference as early as 2016, he implied that such a decision by Helsinki would receive a response from Moscow: “How they assure the safety and independence of their own country is the Finns’ choice. Undoubtedly we appreciate Finland’s neutral status.”

He also issued what seemed to be a backhanded threat if Finland joined NATO: “What do you think we will do in this situation? We moved our forces back [from the border], 1500km away. Will we keep our forces there?”

The F-35 is the most advanced combat aircraft currently in production and is especially prized by the U.S. and its allies for its intelligence, surveillance, and reconnaissance capabilities. A central component of the fighter’s ability to share and collect information on adversaries is its essential invisibility to enemy radar, which allows it to collect more information than other tactical aircraft. In the hands of an ally right on the Russian border that is not under the same pressures as Poland, the cutting-edge attributes of the F-35 are invaluable.

Sarah White, M.A. is Senior Research Associate and Editor at the Lexington Institute.

More about the Author: Sarah White is a Senior Research Analyst at the Lexington Institute.Prior to joining Lexington, Sarah held internships at the Albright Stonebridge Group and the Woodrow Wilson International Center for Scholars. She earned an M.A. in Latin American Studies in 2019 from Georgetown University’s Walsh School of Foreign Service, and a B.A. in political science and Spanish from Wake Forest University in 2017. Sarah is fluent in Spanish, proficient in Portuguese, and conversational in French. She is a native of McLean, Virginia.

Editor’s Note: This piece has been updated since its publication.