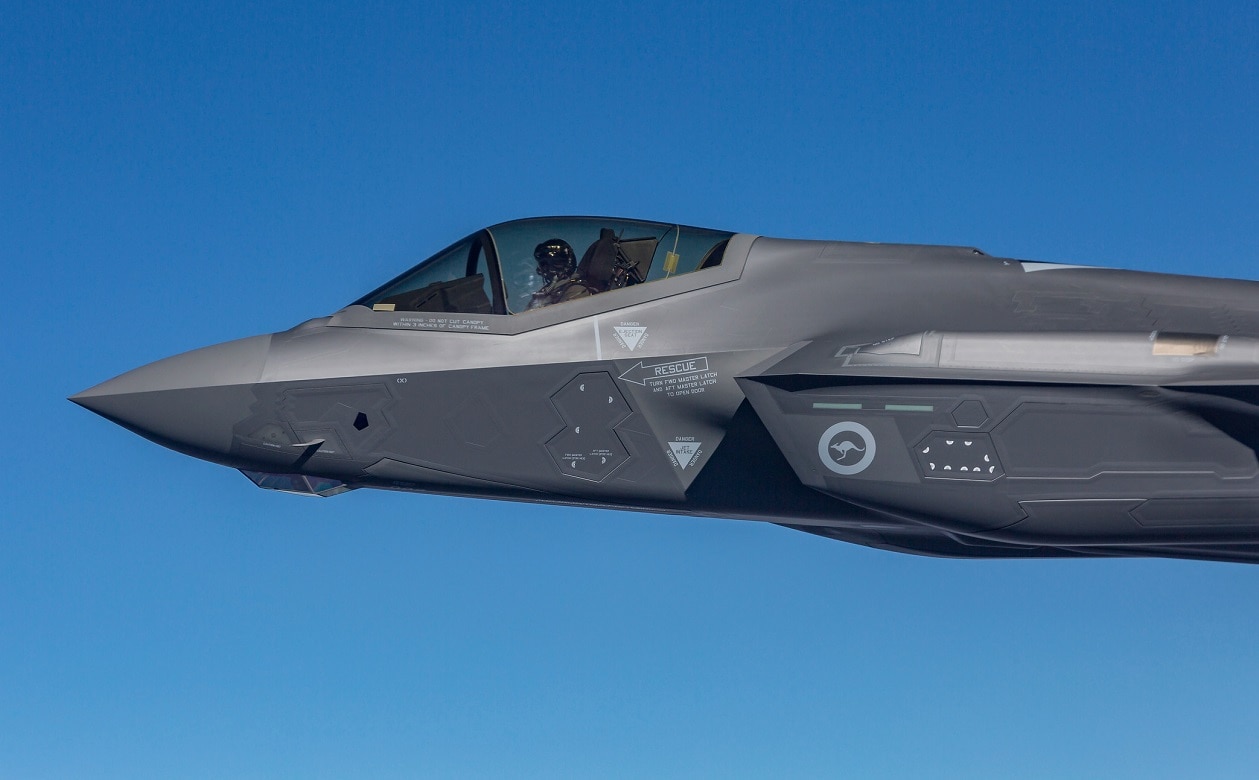 One of Australia’s first two F-35A aircraft commences its journey home from Luke Air Base Arizona, on 3 December, 2018.

Much like the old Porsche ad campaign that boldly proclaimed “there is no substitute,” nations that have their eyes set on the Lockheed Martin F-35 Lightning II know anything else is just settling for a lesser combat aircraft. That is certainly the reaction from officials at the United Arab Emirates’ Ministry of Defense, which made clear that its purchase of the French-built Rafale fighter jets was only to complement – not replace – its planned deal to buy the American-built F-35.

A hold-up of the deal has remained Abu Dhabi’s seemingly ever close relationship with Beijing. As it waits to conclude the deal with Washington, the Arab Gulf State concluded an order with Dassault Aviation for 80 Rafales. In addition, the UAE will acquire 12 Caracal military helicopters from Airbus Helicopters in a total arms contract worth a reported 17 billion euros ($19.2 billion).

Abu Dhabi Crown Price Mohamed bin Zayed Al Nahyan inked massive deal with French President Emmanuel Macron last Friday. It was the largest-ever overseas arms deal for Paris to date, yet the UEA was quick to state that it still intends to go forward with the F-35 deal with Washington. The fifth-generation stealth combat fighter is apparently worth the wait.

“This deal is not considered as an alternative for the forthcoming F-35 deal,” Maj. Gen. Ibrahim Nasser Al Alawi told Emirates News Agency late on Saturday. “It is rather a complementary deal… as we develop our air force capabilities.”

The sale of the F-35 to the Gulf State was approved last year under the Trump administration as part of a deal toward the UAE’s recognition and normalization of relations with Israel. However, since then, the deal’s progress has slowed.

It is reportedly coming, but so is Christmas as the saying goes.

The Biden administration has said it would go forward with the proposal, yet some U.S. officials have lingering concerns about the Emiratis’ ability to maintain the F-35’s secret technology. U.S. officials have thus continued to consult with their counterparts in the UAE on those and other issues, including Abu Dhabi’s close ties with China, which include the use of Huawei 5G technology in the Gulf State.

The United States and many of its allies have already banned the use of Huawei’s technology in its broadband networks.

Russia has seen these hurdles between Washington and Abu Dhabi as an opportunity and last month touted its Su-75 “Checkmate” as a lower cost fifth-generation alternative. However, the aircraft that has been billed as Moscow’s answer to the F-35, won’t actually hit the market until at least 2026 – and that’s according to its manufacturer, the Russian state-owned defense conglomerate Rostec. It doesn’t have a solid track record for maintaining a tight time table.

As such, the UAE may need to be patient as it finalizes its deal for the F-35, or wait and hope that the Su-75 actually materializes – and more importantly is really a capable aircraft. For now, waiting a while now could be a wise move over disappointment and buyer’s remorse later.

Peter Suciu is a Michigan-based writer who has contributed to more than four dozen magazines, newspapers and websites. He regularly writes about military small arms, and is the author of several books on military headgear including A Gallery of Military Headdress, which is available on Amazon.com. He is a contributing writer for Forbes Magazine.