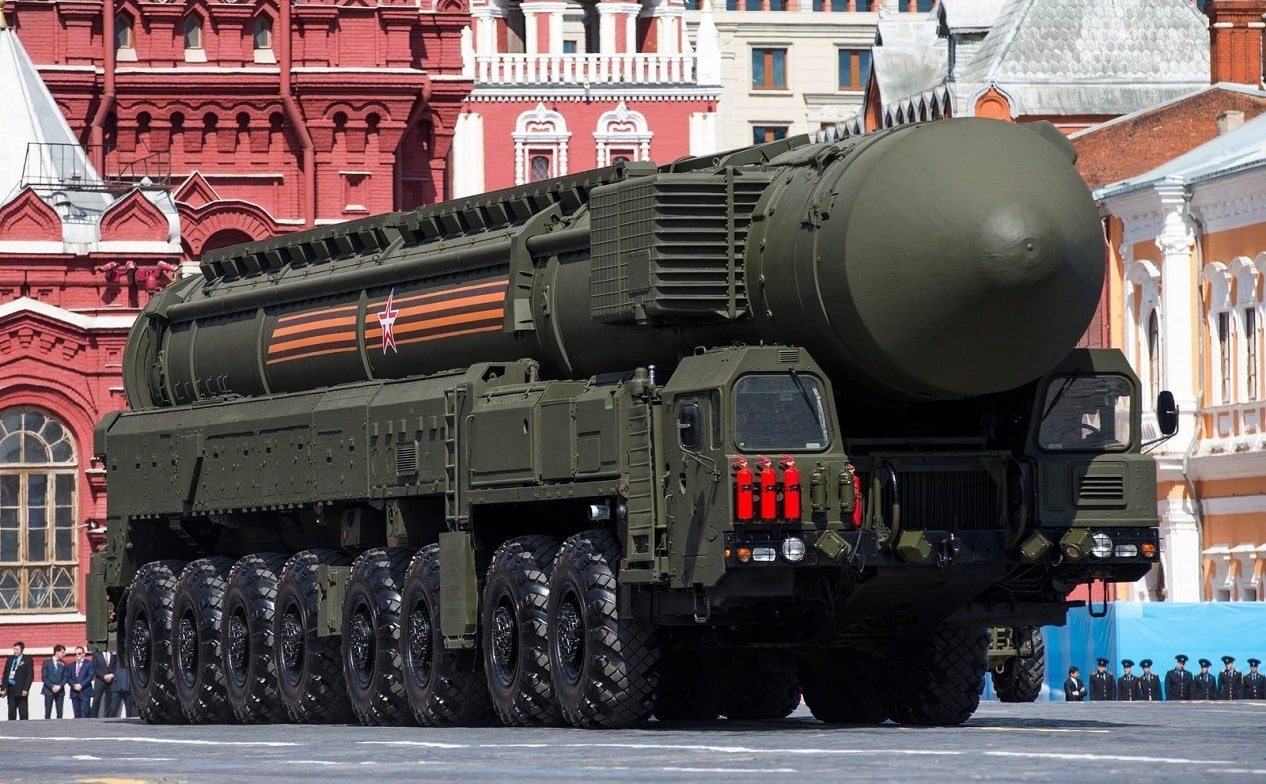 Just How Relevant are Russia’s Massive Amount of Nuclear Weapons? Although economic sanctions have all but neutered much of the nation’s military modernization efforts, Russia has managed to keep itself relevant in the 21st century by fielding headline-grabbing exotic weapons, including massive nukes far greater in scale than anything Uncle Sam has to offer. With nuclear weapons like the RS-28 Sarmat ICBM and the Status-6 Oceanic Multipurpose System submersible drone, Russia can cause greater devastation to its targets today than at any point during the Cold War. The thing is… that just doesn’t really matter anymore.

While the fighting during the Cold War was largely relegated to comparably small proxy conflicts, the Cold War eclipsed even World War II in terms of stakes. A Nazi victory in World War II would have changed life as we know it worldwide… but a nuclear exchange in the Cold War could have literally ended it. With stakes that high, it wasn’t difficult for both the United States and Soviet Union to convince lawmakers and taxpayers to pour funding into weapons development. The result was nuclear stockpiles so vast and broadly capable that a doctrine of Mutually Assured Destruction became the only effective means of deterring large scale war between superpowers.

The concept of Mutually Assured Destruction was originally coined in 1962 by Donald Brennan, a strategist working in Herman Kahn’s Hudson Institute. After the Soviet Union tested their first nuclear weapon in August of 1949, tensions between the World War II allies became significantly more pressing, prompting renewed interest and funding into America’s own weapons of mass destruction. Predictably, the more the United States poured money into defense programs, the more the Soviets did in turn. The result was a cycle of nuclear weapon production and development that found its peak in the 1980s, when the two nation’s combined stockpiles of nuclear weapons exceeded 60,000 (or about six times the combined stockpiles of these nations today).

This arm’s race also extended well beyond the nukes themselves. Each nation also needed broadly distributed means of delivering these weapons to their targets, so no nuclear first-strike could completely eliminate a nation’s ability to respond in kind. In order to accomplish this, the United States began distributing nuclear weapon capabilities across the methods of delivery and service branches. Today, we’ve come to know this distribution as the nuclear triad. While nuclear weapons of varying uses and sizes emerged as a part of this effort, the backbone of America’s nuclear triad emerged as a combination of land-based ICBMs, aircraft-based bombs, and submarine-based missiles. The Soviets soon fielded a comparable triad, matching America’s ability to respond to any nuclear attack.

The doctrine of Mutually Assured Destruction remains a prominent part of America’s nuclear deterrence strategy for the Soviet Union’s successor, the Russian government. Today, both nations maintain nuclear stockpiles that are significantly smaller than they did at the height of the Cold War. However, while America has allowed a good portion of its nuclear weapon infrastructure to age toward obsolescence, Russia has continued to lean on its nukes as a means of geopolitical showmanship.

How do Russia’s nukes compare to America’s?

Today, the United States maintains approximately 5,800 nuclear weapons, with 3,800 considered active. Within that stockpile are at least 400 LGM-30 Minuteman III land-based intercontinental ballistic missiles (ICBMs). The Minuteman III has been in service since 1970, has an operational range of more than 6,000 miles, and is accurate to within 800 feet. These missiles can carry between one and three nuclear warheads, each with a maximum explosive yield of 475 kilotons, giving this weapon a maximum yield of 1.425 megatons. To put it another way, that means each American ICBM can deliver about 95 times the destructive capability of the atomic bomb dropped on Hiroshima.

Sounds pretty big, right? America’s dated Minuteman III missiles certainly pack a punch, but even when carrying three of its most potent warheads, these missiles are utterly dwarfed by Russia’s most advanced (and powerful) ICBM coming into service this year: The RS-28 Sarmat.

The RS-28, sometimes known as the “Satan II,” has been in development since 2014, and was famously described as “capable of wiping out parts of the earth the size of Texas or France,” by Russia’s state-owned media. The missile has a range of 6,385 miles and carries a warhead jam-packed with Multiple Independent Reentry Vehicles (MIRV) that boast a combined destructive yield of 50 megatons. In other words, the RS-28 Sarmat carries a destructive yield greater than 35 times that of the Minuteman III. 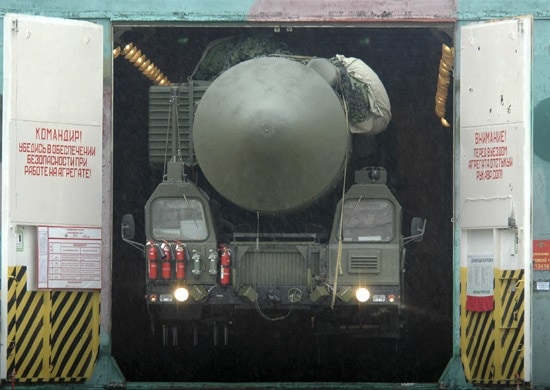 But if a missile dubbed the “Satan II” and marketed as a way to remove Texas from the map isn’t massive enough, Russia also boasts another doomsday nuke–one said to match or even double the nuclear yield of the Sarmat, while bolstering its destructive capacity by creating an unnatural, natural disaster.

The Status-6 Oceanic Multipurpose System has gone by a number of names in Western analysis over the years, in part because this weapon was considered something of an urban legend for a long time. Rumors about the Status-6 first bubbled to the surface years ago, largely through vague mentions in Russian news reports, but its existence was confirmed within the past few years–first in a leaked image of a Pentagon intelligence report, and then through official announcements from the Kremlin.

Unlike the submarine-launched nuclear missiles both Russia and the United States maintain as a part of their nuclear triads, the Status-6 (sometimes called “Poseidon” or by its NATO designation of “Kanyon”) is actually a submersible drone. Once deployed by a Russian Navy submarine, the drone can travel autonomously toward its target, covering more than 5,400 miles at depths as low as 3,300 feet. Once it finds its target, the Status-6 simply parks and waits for the command to detonate.

Onboard this submersible drone is an absolutely massive warhead–with some claims saying it carries the same nuclear yield as the RS-28, and others claiming twice that. According to some Russian officials, the Status-6 can be equipped with a 100 megaton weapon… which is two times more powerful than the largest nuclear weapon ever even tested.

A detonation of that magnitude would not only destroy and irradiate a massive area, its positioning under water would result in a radioactive tsunami that would reach far further inland than the blast itself. In no uncertain terms, the Status-6 is intended to serve as a doomsday weapon. It’s the sort of weapon you build not to win wars, but to end them.

What is the strategic value of massive nuclear weapons?

America is amid an arguably overdue effort to modernize its ICBM arsenal in Northrop Grumman’s Ground-Based Strategic Deterrent (GBSD) platform expected to enter service later this decade. Although the weapon’s W87 Mod 0 thermonuclear warhead’s destructive capacity has not been revealed just yet, it stands to reason that these new missiles will still offer significantly less firepower than Russia’s mighty Sarmat, let alone the terrifying 100 megaton capacity claimed by the Status-6. 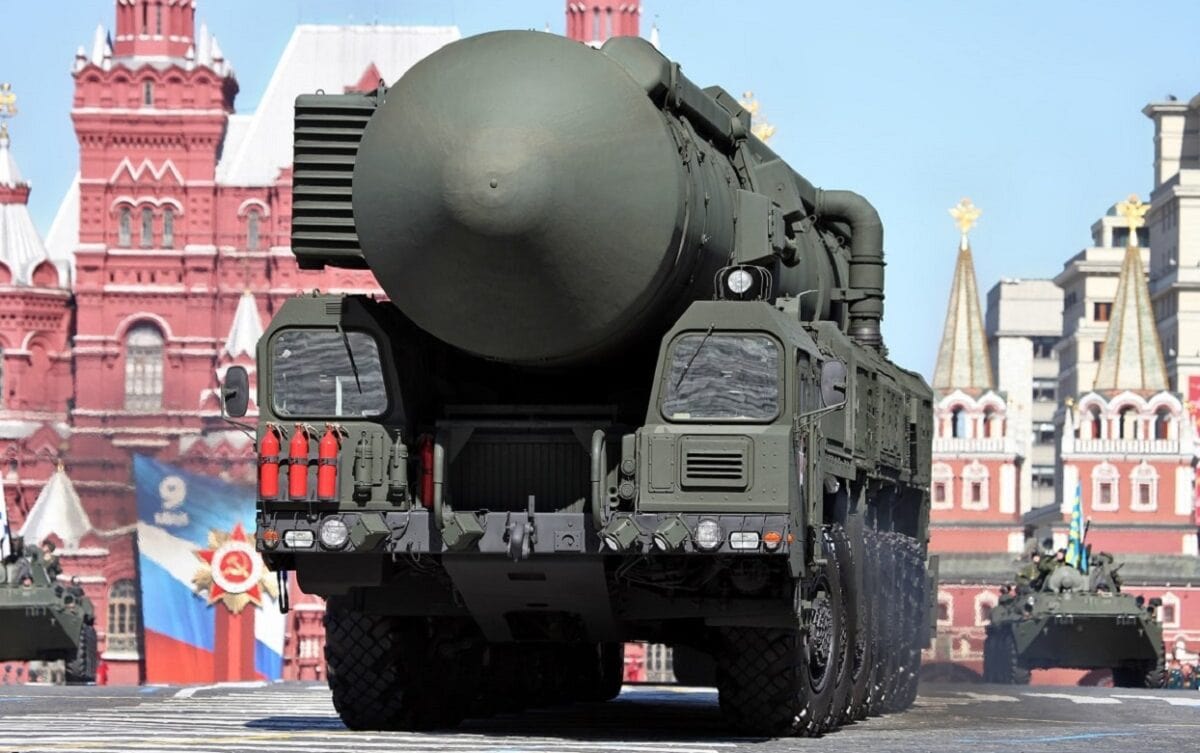 To some maintaining the Cold War’s mindset of matching capability to deter war, this may seem like an egregious failure on the part of America’s defense infrastructure. After all, how do you hope to deter a 100 megaton weapon if your own most powerful weapons are tiny by comparison? Well, the truth is, you simply don’t have to.

Way back in 1962, when Donald Brennan first coined the term “Mutually Assured Destruction,” the Soviet Union had only successfully tested their first hydrogen bomb (or thermonuclear weapon) some seven years prior. The Soviets didn’t possess any nuclear tsunami drones as they do today, and yet, as far as America was concerned, a nuclear exchange with the Soviets would all but certainly wipe out life on earth as we know it. It’s almost like you don’t need Bond villain-esque nukes to be scary when run-of-the-mill nukes will do the same job.

And therein lies the practical failing of Russia’s massive nukes: They may be good for a bit of geopolitical theater, but strategically they change nearly nothing about the nuclear deterrence mission or the comparative military standing of each nation. Just like during the Cold War, both Russia and the United States are aware that the launch of a single nuclear weapon is all it takes to start a cascade of retaliatory strikes that, once begun, will usher in a nuclear apocalypse most citizens of each nation (and all others) likely won’t survive. When the result is the end of the world, it really doesn’t matter how big that first explosion might be.

So what value is there in a 50 or 100 megaton weapon like those found in Russia’s arsenal? While they don’t actually offer much in the way of strategic value in a nuclear war, they do however play an important role in helping Russia maintain its global reputation as a force to be reckoned with. That reputation is essential, not only for Russia’s aggressive approach to foreign policy, but also to maintain its footing as the arms dealer of choice for nations on America’s naughty list. 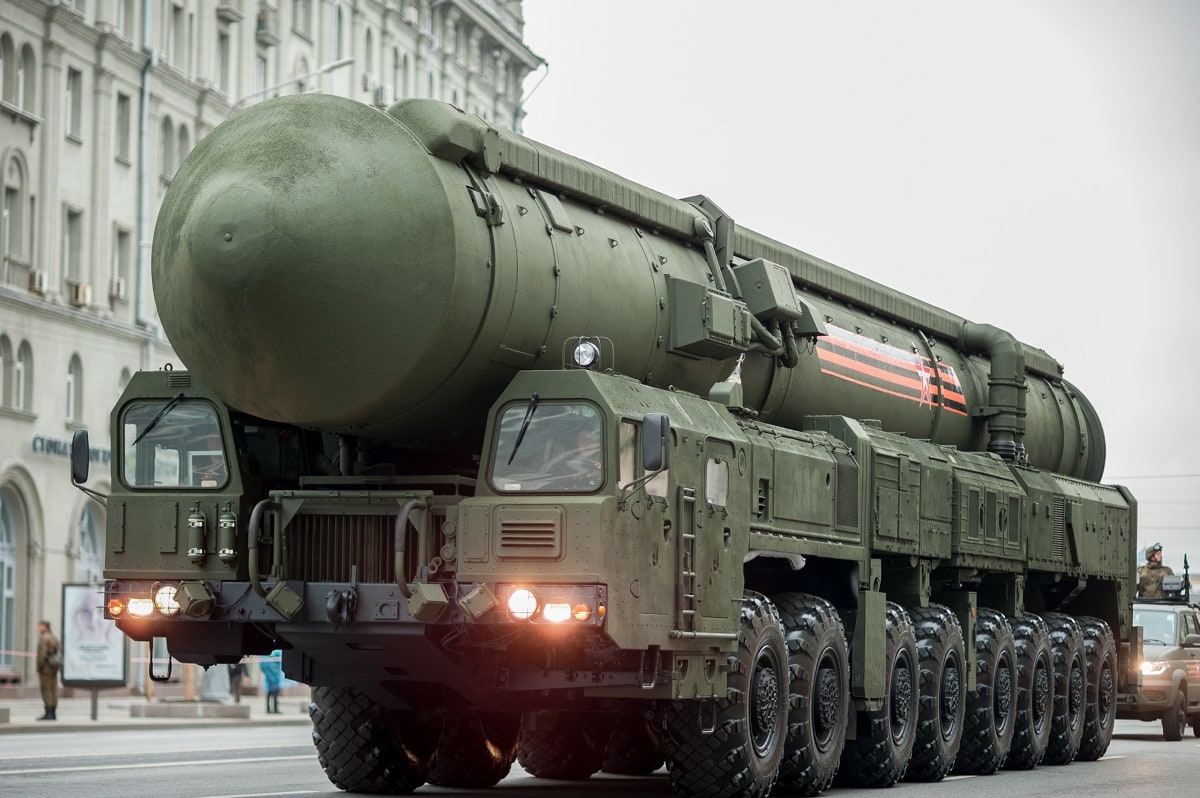 Image of Russian Mobile ICBM. Rehearsal of parade in Moscow 2018.

Like their token fleet of a dozen or so fifth-generation fighters, or their frequent claims about robot soldiers or invisibility cloaks, Russia depends on foreign press coverage to help advance the perception that Russia is a cutting edge weapons designer and producer. Russia needs the influx of money from foreign sales if they ever hope to secure adequate funding for their notably promising (but sorely under-funded) programs like their T-14 Armata main battle tank.

Put simply: Russia’s massive nukes aren’t really about strategic capability, so much as they’re about perception, intimidation, and economics. Whether or not this effort will be successful, however, is yet to be determined.