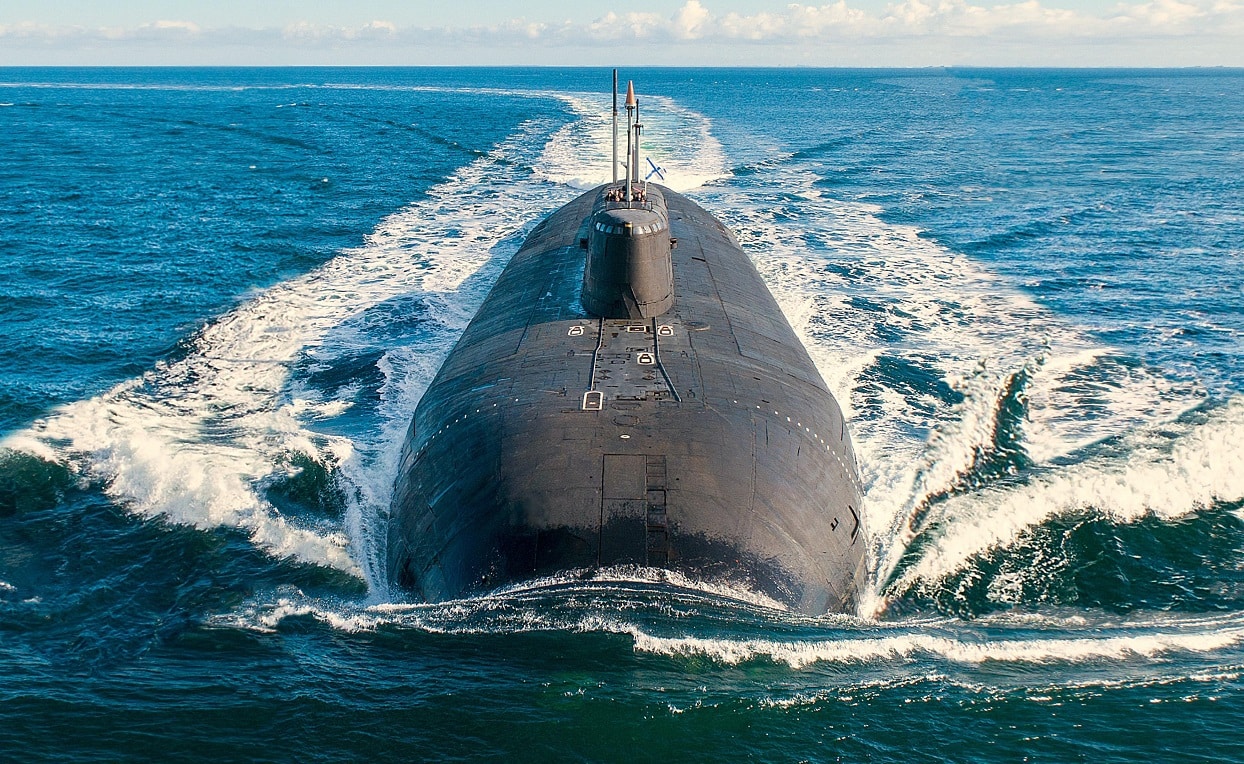 The most dangerous drone planned for the Russian military in the coming years is the Poseidon, which is slated to come into service in 2027. While several years away in development, the weapon is chilling. It is an undersea drone launched from a submarine that is equipped with a nuclear warhead of up to two megatons.

The drone will be powered by nuclear-propulsion so the Russian navy will not have to worry about it running out of fuel. If the nuclear plant becomes operational it could have unlimited range.

The Poseidon has already been nicknamed the “Doomsday Drone.”

It can traverse the North Atlantic autonomously.

Russia eventually wants 16 Poseidon drones on duty with Russia’s Northern Fleet that can be launched in the Atlantic at U.S. cities on the East Coast.

The Kremlin believes the Poseidon will be much more difficult to eliminate than land-based ICBM launchers.

A total of 30 Poseidons could enter service.

It’s as Big as a Bus

This gigantic nuclear torpedo can be on alert to be assigned a location to hit at any time.

The doomsday drone is the size of a bus at around 7 tons.

It has been viewed on satellite imagery this year at the Severodvinsk shipyard on the Northern Dvina River on the edge of the White Sea.

The development of the Poseidon is in parallel with the submarine K-329 Belgorod, which is in testing phase. The Belgorod is based on the Oscar II-class nuclear attack boat and will be longest sub in the world. With a maximum speed of 32-knots, the Belgorod could carry up to six Poseidon drones. It also has another mini-sub mated to its hull. An additional submarine that will carry the Poseidon is the Khabarovsk which is being constructed close by and scheduled for delivery in 2023. The Russians eventually want four Poseidon-capable subs.

Could It Really Be Nuclear-Powered?

The Poseidon has been tested at least 11 times but these are mainly trials on its autonomous systems and not on nuclear-propulsion.

Can the Russians actually build a mini-nuclear reactor and mount in on a torpedo? This remains to be seen. Even if the Russians cannot make the power plant nuclear the Poseidon would still have value as an underwater drone. This could maybe even collect intelligence and conduct surveillance and reconnaissance missions. And if quiet enough, it could operate close to the United States shore.

Vladimir Putin called the Poseidon a “super weapon,” in a 2018 speech describing Russian advances in its nuclear triad. It will be an intercontinental strategic launcher perhaps not covered by the limitations of the New START agreement with the United States.

No cost estimates of the Poseidon have been forthcoming. The Russians are not known for the success of long-term expensive naval acquisition programs. Their aircraft carrier, the Admiral Kuznetsov has struggled mightily over the years. But the Poseidon is a troubling concept, and if successful, could add a dominant dimension to its nuclear strategy against the United States.