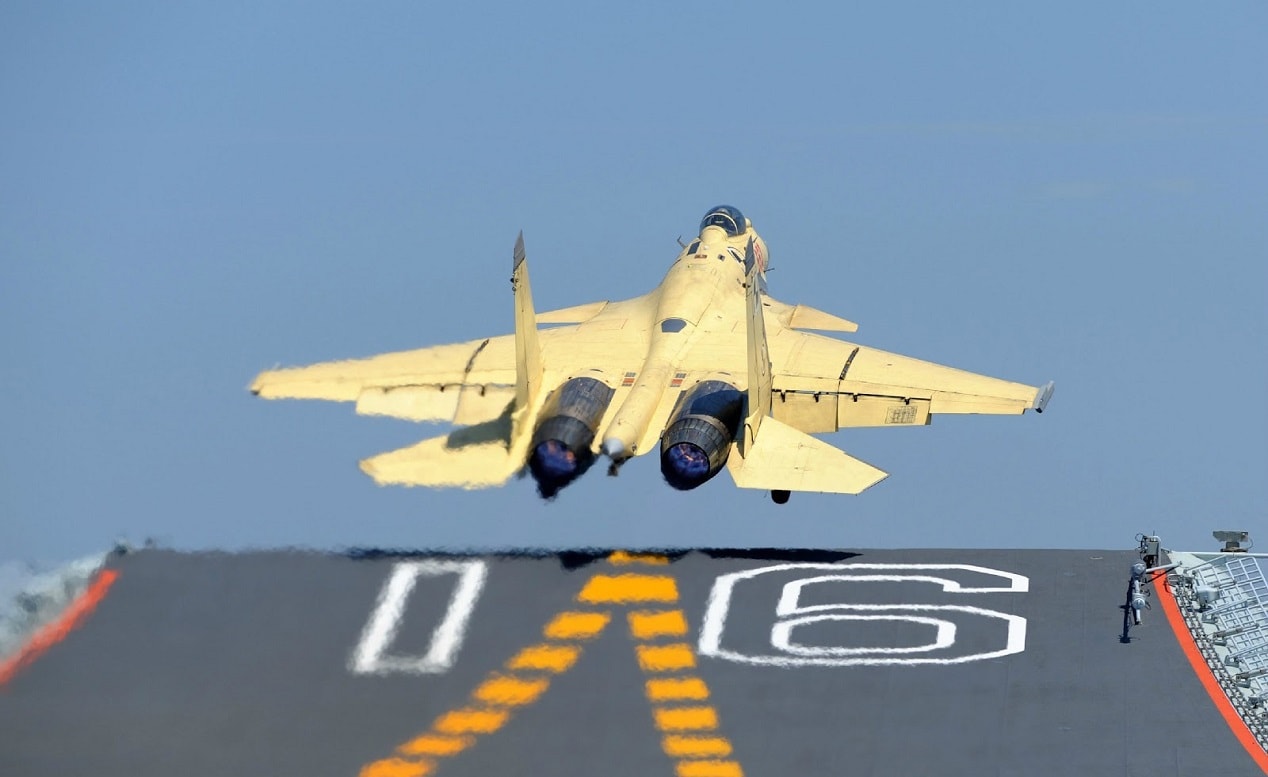 But will this rescue the troubled reputation of a Chinese copy of a failed Russian aircraft?

The J-15 is an unlicensed copy of Russia’s Su-33 carrier jet, which itself was a 1980s derivative of the Su-27K land-based fighter. China had acquired a T-10K-3, an Su-33 prototype, from Ukraine and then reverse-engineered it into the J-15, a twin-engine fighter that will serve as the backbone of the air wings on China’s new fleet of aircraft carriers.

“China recently revealed an upgraded version of the J-15 ship-borne fighter jet that has just wrapped up test flights, with reports saying the new aircraft received enhancements in its missile pylons, the infrared search and track system, the radar and the wings,” according to China’s state-sponsored Global Times.

Global Times cited social media photos posted by J-15 manufacturer Shenyang Aircraft Corp., as well as Chinese news site eastday.com. The photos allegedly show that infrared search and track system was changed. In addition, the lightning diverters on the radar radome are different, which could mean that the J-15 will be equipped with an advanced active electronically scanned array (AESA) radar that would allow use of PL-15 beyond visual range (BVR) air-to-air missiles.

Interestingly, Global Times suggested that the J-15 may be modified for catapult launches. While China’s first two carriers are ski-jump designs for short takeoff and vertical landing (STOVL) aircraft, the third carrier – and successors in what may include a total flotilla of six or more carriers – will have catapults that will enable launch of bigger and more powerful aircraft.

Global Times said the upgrades would turn the J-15 – currently a fourth-generation fighter – into a generation 4.5, alongside aircraft such as Russia’s Su-30, Europe’s Typhoon, and America’s F/A-18E/F Super Hornet. Chinese carriers may also operate a navalized version of the land-based J-20 stealth fighter, as well as the lighter FC-31 fighter.

Whether the J-15 is really undergoing a transformation – or whether China wants potential adversaries to think so – is difficult to say. Either way, don’t expect Russia to say nice things about the J-15.

In 2018, state-controlled Russian news site Sputnik News ran a story that cheerfully demolished the Chinese copy. “Love for the fourth-generation J-15 jet is seldom shown in Chinese circles,” said the Russian news site. “The Asia Times noted that Chinese media has disparaged the plane in numerous ways, including referring to it as a ‘flopping fish’ for its inability to operate effectively from the Chinese carriers, which launch fixed-wing aircraft under their own power from an inclined ramp on the bow of the ship. The J-15’s engines and heavy weight severely limit its ability to operate effectively: at 17.5 tons empty weight, it tops the scales for carrier-based fighters. The US Navy’s F-18 workhorse, by comparison, is only 14.5 tons.” 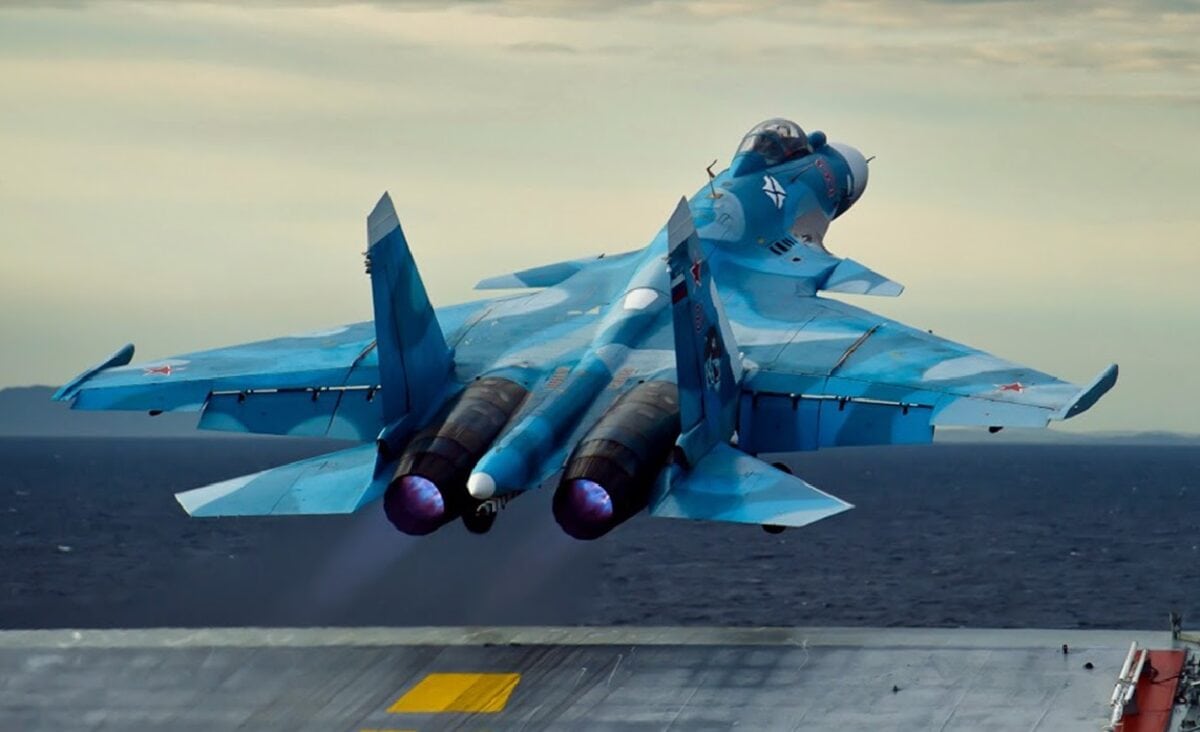 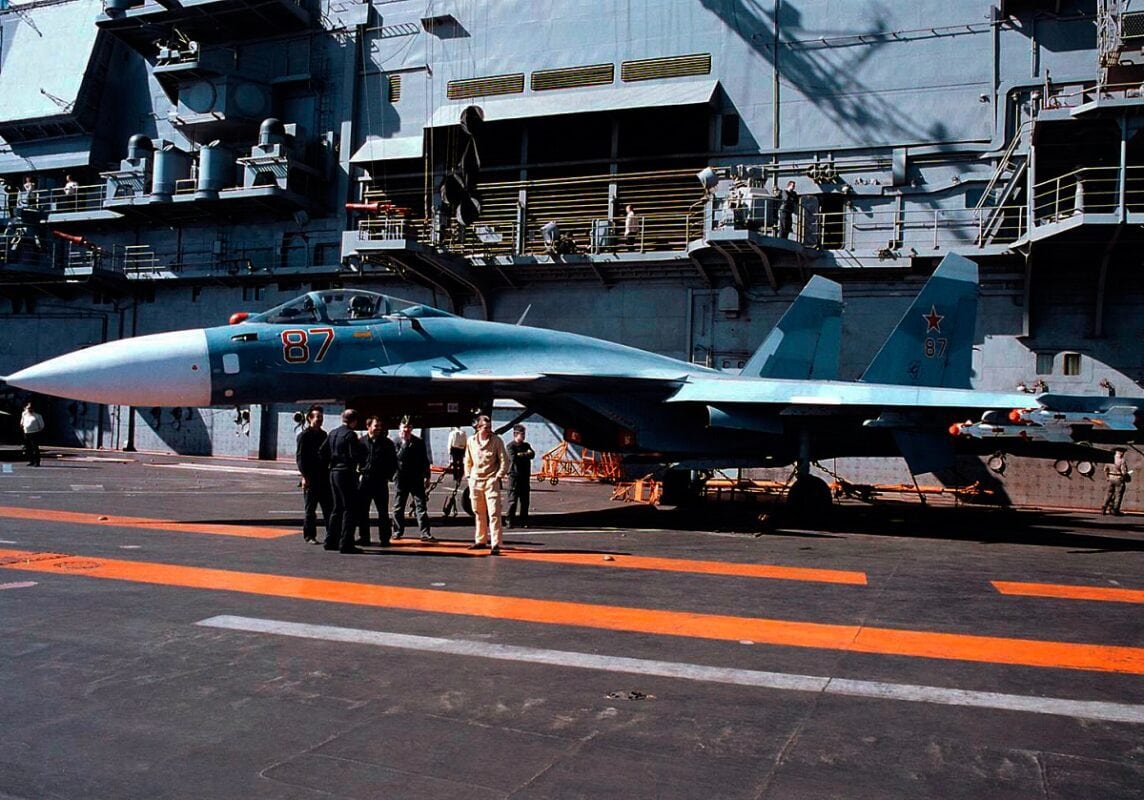 Russia has good reason to be resentful. Though the J-15 uses Russian-designed AL-31 engines, an improved J-15 could be a rival to Russian aircraft sales, as well as depriving Russian manufacturers of potential aircraft exports to China.