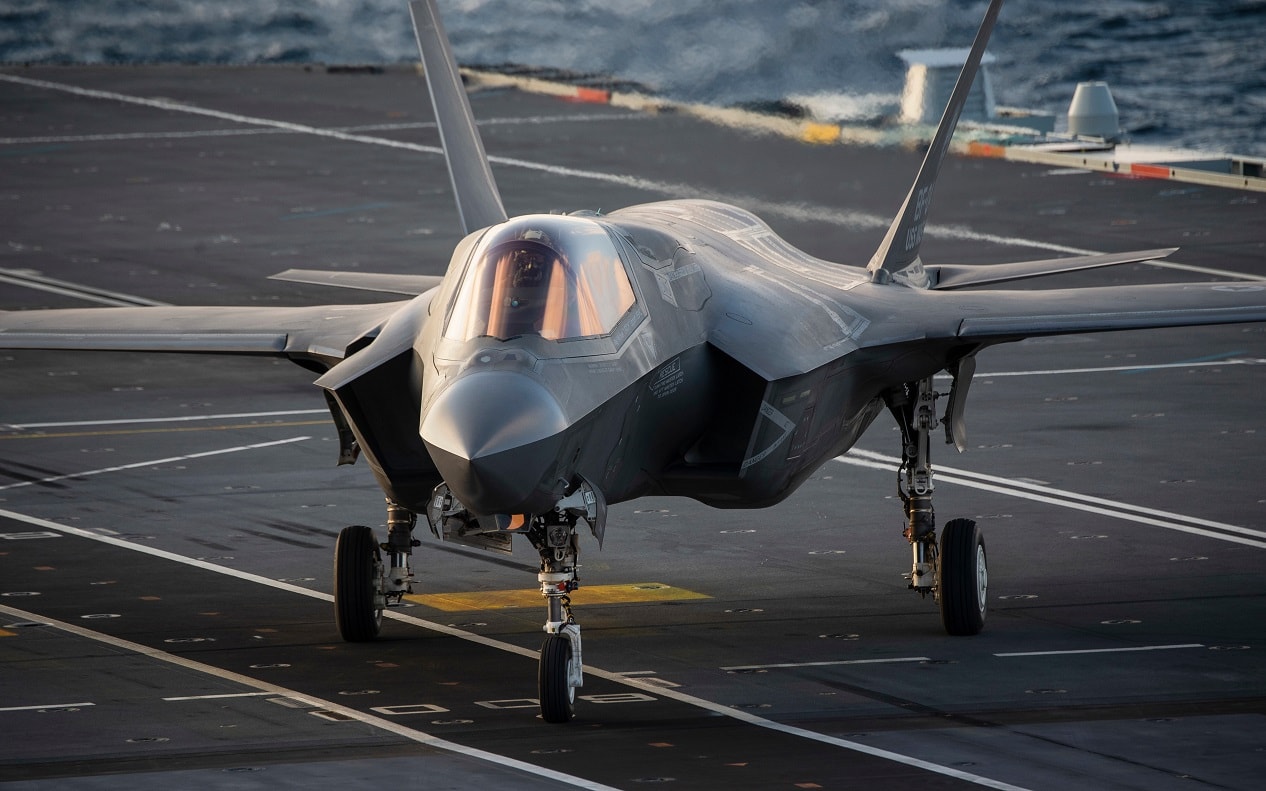 After six months of sailing and operating on board a foreign aircraft carrier, a U.S. Marine Corps F-35B squadron has finally rejoined U.S. forces.

Earlier in the year, ten Marine Corps F-35B Lighting II fighter jets had joined the Royal Navy aircraft carrier HMS Queen Elizabeth and operated from it alongside the British F-35Bs. The joint operational deployment offered a glimpse into how the two navies could work together in a future conflict with a near-peer adversary, Russia or China.

Ten U.S. F-35B fighter jets and about 200 Marines from the VMFA-211 “The Wake Island Avengers” Squadron had joined their British counterparts for almost 16 months, six of which were spent on the sea onboard the sole British aircraft carrier.

The joint U.S.-U.K. air wing participated in both training and real-world operations, carrying out 1,278 sorties and flying more than 2,200 hours. It was truly a global deployment. The joint force of F-35Bs conducted 44 combat missions against the Islamic State, but they also flew in the water of the Indo-Pacific in joint training events with the Japanese Navy and other NATO forces and partners.

“The CSG21 deployment has seen VMFA-211, a US Marine Corps F-35B squadron, integrated throughout. It has been the most tangible demonstration of the UK and US special relationship and our united efforts to ensure stability, security and freedom of the seas,” Commodore Steve Moorhouse, Commander U.K. Carrier Strike Group, said in a Royal Navy press release.

“As the UK Carrier Strike Group says farewell to our Marine Corps colleagues, I wish to thank them for their commitment, loyalty, professionalism and great humour. The achievements on this deployment have been ground-breaking and raised the bar in terms of integration. As the saying goes; if you want to go fast, go alone but if you want to go strong then go together. Semper fidelis,” the British naval officer added.

The Marine Corps aviators and their F-35B fighter jets operated alongside the joint Royal Air Force/Royal Navy 617 Squadron “The Dambusters,” who fly the exact same version of the F-35.

The “B” version of the 5th generation jet is a Short Take-Off and Vertical Landing (STOVL) aircraft that was specifically designed for the U.S. Marine Corps. Its ability to take off from very short surfaces like a helicopter and then transition to a fixed-wing aircraft while in flight makes it a tremendous asset in expeditionary operations as it can operate from virtually anywhere. In addition to the Marine Corps, the U.K. and Italian militaries also use this variant of the F-35.

“Embarked for the whole of CSG21, forging ever greater links between the UK and the US, VMFA-211 and the 200 plus Marines have been an integral part of the inaugural deployment. Operating with a range of allies, especially the US, provides an invaluable opportunity to gain further experience of the highly capable Lightning F-35B with Merlin and Wildcat helicopters from the Queen Elizabeth-class carriers,” the Royal Navy aviator added.

This deployment and the interoperability built between the two countries allow for a neat combination in a conflict between NATO and Russia or China as aircraft from different countries would be able to join and operate on aircraft carriers of others.