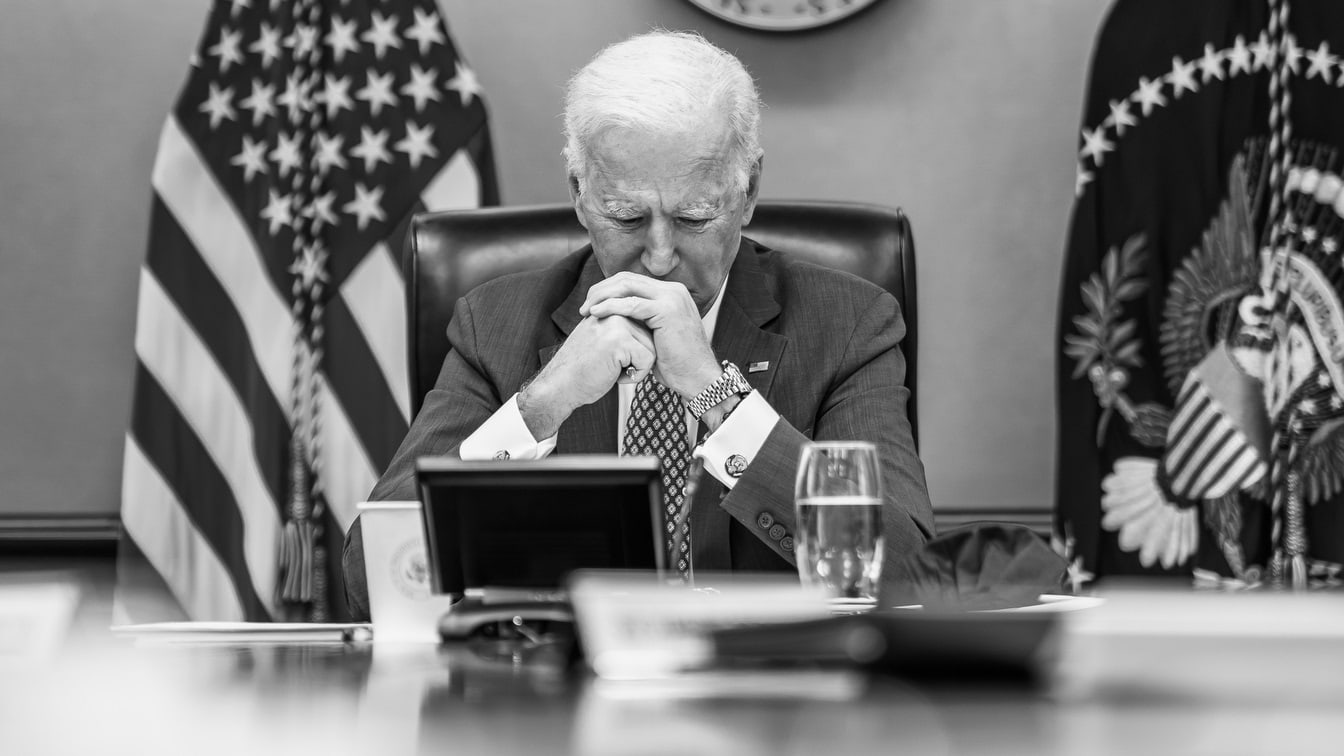 NATO Divided on Ukraine? Biden Press Conference Sows Doubt – President Joe Biden’s comments on the difference between “an invasion” and “an incursion” by Russia in Ukraine and what that would entail as to a U.S. response has both his administration trying to do damage control while our allies were confused and aghast at his comments.

“My guess is that he will move in,” Biden said during a lengthy White House press conference. “He has to do something.”

“It’s one thing if it’s a minor incursion and we end up having to fight about what to do and not do,” Biden said. “But if they actually do what they’re capable of doing with the forces amassed on the border, it is going to be a disaster for Russia if they further invade Ukraine.”

“It depends on what he does as to what extent we’re going to be able to get total unity on the NATO front,” Biden added surprisingly. The president said that “there were differences” in NATO and he wanted to be sure that “everyone is on the same page.”

“Big nations can’t bluff, number one. Number two, the idea that we would do anything to split NATO … would be a big mistake. So the question is if it’s something significantly short of a significant invasion or … just major military forces coming across. For example, it’s one thing to determine if they continue to use cyber efforts; well, we can respond the same way,” he said.

During his nearly two-hour press conference, the president tried to clarify his statement when asked to clarify what he meant by a “minor incursion” and if it was, in effect giving Moscow and President Putin a green light to take minor offensive action against the Ukrainians.

White House press secretary Jen Psaki tried to do damage control and released a statement as soon as the press conference was finished.

“President Biden has been clear with the Russian President: If any Russian military forces move across the Ukrainian border, that’s a renewed invasion, and it will be met with a swift, severe, and united response from the United States and our Allies,” she said.

“President Biden also knows from long experience that the Russians have an extensive playbook of aggression short of military action, including cyberattacks and paramilitary tactics. And he affirmed today that those acts of Russian aggression will be met with a decisive, reciprocal, and united response,” Psaki added.

The president’s comments shocked the government in Kyiv where diplomats from the State Department including Secretary Blinken met with Ukrainian President Volodymyr Zelensky on Wednesday in a show of unity against Russian aggression, while also announcing the U.S. delivery of $200 million in defensive military assistance.

But Republicans in Congress reacted with shock over the president’s comments. Senator Jim Inhofe (R-OK) and the ranking member of the Senate Armed Services Committee took to Twitter. “I am very concerned by the weak, incoherent message we just heard from [President Biden] on Ukraine,” he posted.

“This administration must be clear that ANY Putin move into Ukraine is unacceptable, and we should do more to impose costs on him.”

Representative Michael McCaul, (R-TX), and the top GOP member on the House Foreign Affairs Committee echoed Inhofe’s feelings on the situation. “President Biden’s remarks on Russia’s buildup near Ukraine tonight were nothing short of a disaster,” he said, adding that the president’s comments gave Russia a green light for a limited invasion.

Ukrainian President Volodymyr Zelensky on Wednesday urged citizens “not to panic” over the possibility of a Russian invasion.

“Everyone needs to exhale. Calm down. Don’t run for emergency supplies like buckwheat and matches. To all the media: Remain as the media, not become a source of mass hysteria. Do not help the enemy in the pursuit of hype by reporting daily that war may happen tomorrow! This will definitely not stop it.”

With tensions rising, the president characterized Russian President Putin as a tactical, not a strategic thinker and described him as desperate to return Russia to the position of power it held as the Soviet Union when Putin was an up-and-coming KGB agent.

“I think that he is dealing with what I believe he thinks is the most tragic thing that’s happened to Mother Russia,” he said, “in that the Berlin Wall came down, the empire has been lost.”

“He is trying to find his place in the world between China and the West,” the president added.

The Russians have denied that they are planning on attacking Ukraine, that their movement of over 100,000 troops is defensive in nature, despite the fact that they annexed Crimea and supported a separatist movement in Donbas in 2014.