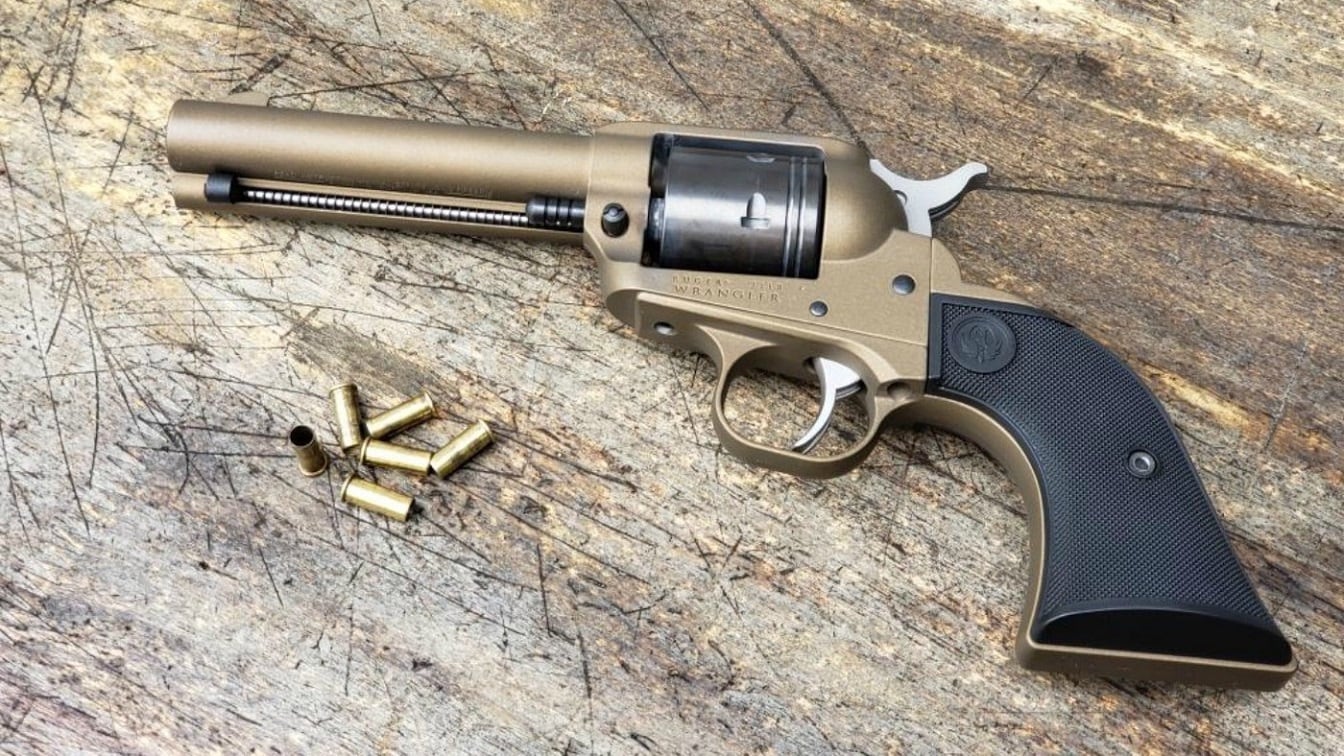 With ammo prices still at or near record highs in many parts of the country, perhaps it is time to consider a .22 LR handgun for this winter’s target practice.

In addition, single-action revolvers in .22 LR can provide a safe and fun way to introduce new shooters to the sport shooting, and can serve as a reminder to even the most experienced shooters that range time should be fun.

Sturm, Ruger & Company, Inc. just released three new models from its Wrangler line of single-action revolvers, and each promises to be ideal for newbies and long-time shooters alike.

Ruger’s Vision for the Wrangler

Bill Ruger introduced the first Single-Six revolver in 1953, after he pioneered the use of modern investment casting in firearms manufacturing and in the process ushered in a new level of affordability in single-action revolvers. Now nearly sixty years, the company has continued that tradition. Through the use of modern CNC-machining methods, lean manufacturing techniques and a new aluminum alloy cylinder frame, the Wrangler has successfully built on that tradition and set a new bar for affordability while maintaining the rugged reliability that is the hallmark of Ruger firearms. Thanks to affordable firearms such as the Wrangler line, the company has grown to become the second-largest gun maker in the United States after Smith & Wesson.

The new Wrangler models for 2022 feature 3.75-inch cold hammer-forged barrels along with the Ruger “Birdshead-pattern” grip frame, providing a compact and affordable firearm that is chambered in .22 LR. Available in three attractive Cerakote colors including black, silver and burnt bronze, these are the newest Wranglers that complement Ruger’s rich history of producing rugged and reliable firearms.

In addition, each of the Wrangler revolvers features a blade front and integral notch rear sight, with standard black grip panels that can be swapped for aftermarket Ruger Birdshead-pattern grips, while the revolvers will of course fit in Single-Six style holsters that accommodate a 3.75-inch barrel.

All of Ruger’s Wranglers feature a transfer bar mechanism and loading gate interlock that provide an unparalleled measure of security against accidental discharge. The attractive price, combined with the affordability of rimfire ammunition.

Sturm, Ruger & Company, Inc. first introduced the Wrangler line in April 2019 with 4-5/8-inch barrels, and the revolvers make extensive use of aluminum and zinc casting, which ensures ease of manufacturability – but also keeps the cost of the entry-level revolver quite attractive. The three new Wrangler Birdshead-style single-action revolvers are now available at select retailers with a MSRP of $297.00. Of course, keep in mind prices can vary widely thanks to the pandemic and supply chain issues.