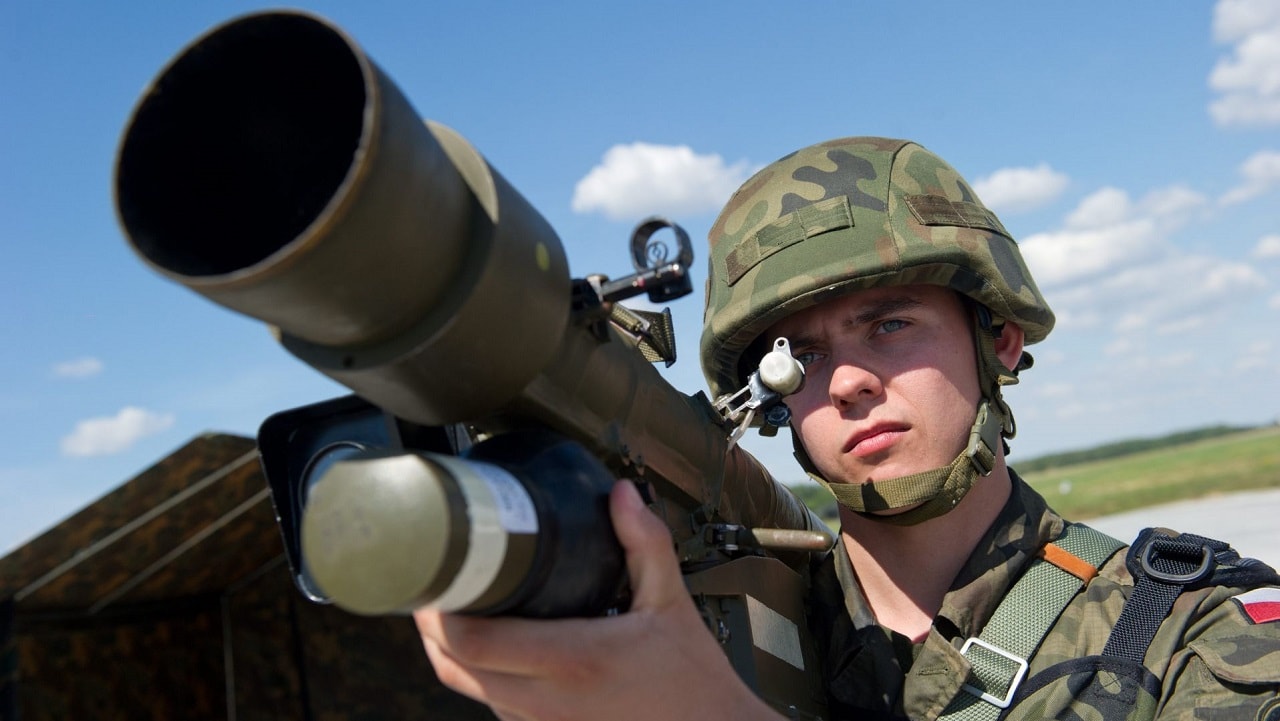 On Monday, Polish Prime Minister Mateusz Morawiecki announced Warsaw would deliver military assistance to Ukraine as it faces Russian forces massing on its border for what looks like preparation for a possible invasion.

The military aid is not significant enough in scale to deter Putin. That is likely true even of the over 2,000 advanced NLAW and hundreds of Javelin anti-tank missiles furnished by United Kingdom, United States and Estonia to Ukraine. However, it does signal to Moscow that in event of a protracted conflict in Ukraine, Warsaw might maintain a lifeline of arms and logistical support to Kyiv, raising the potential cost to Russia.

Indeed, on Tuesday it emerged London, Warsaw and Kyiv are reportedly in talks to form a trilateral security cooperation pact in talks attended by British Prime Minister Boris Johnson. Whatever the pact may entail, it suggests that NATO members particularly concerned about Russian aggression targeting Ukraine are looking for ways to assist Kyiv outside the existing NATO framework.

Poland is especially sensitive to Moscow’s military activities in Eastern Europe, as it has been dominated by Russia for most of the last two-and-a-half centuries. But Krzysztof Kuska, an expert on the Polish defense industry, explained to me Warsaw could not realistically intervene in Ukraine without dangerously exposing defense of its own borders to a Russian counterattack via Belarus or the Russian exclave of Kaliningrad.

“On the other hand this situation might also be a opportunity,” Kuska allowed, noting the lack of German or French leadership in confronting Russia on Ukraine. “Poland could act with caution and try to form a broader alliance of countries from the EU/NATO block. Such a group of countries could be a significant deterrent to a potential Russian offensive but there would have to be some real actions and not just words. Significant troops would have to be sent to Poland and stand there in readiness to help Ukraine.”

The Grom (“Thunder”) is a heat-seeking man portable air defense system (MANPADS) based on the Soviet second-generation 9K38 Igla-missile (SA-18 Grouse) developed shortly after Poland’s exit from the Warsaw Pact in the 1990s. While first-generation MANPADS like the SA-7 and Redeye could only engage aircraft from specific angles and were easily decoyed by flares, the second-generation Igla and U.S. Stinger remained effective against faster jets approaching even head-on, and could better distinguish flare decoys from an aircraft’s heat signature.

Polish firms were denied a license to produce Iglas, so Polish spies acquired floppy disks full of design data that informed the Polish Igla spinoff, which debuted in Polish military service in 1995. 90s-era Grom launchers still relied on components imported from Russia, but Grom-2s produced after 2004 use entirely indigenous components.

A single person peering through a cooled infrared sight operates the bazooka-like weapon, which weighs 36 pounds loaded. At launch, a 72-millimeter diameter heat-seeking missile accelerates to nearly twice the speed of sound (Mach 1.9), and can intercept aircraft approaching at low supersonic speeds (Mach 1.16, or 400 meter/second) out to a range of 4 miles (6.5 kilometers) and a maximum altitude of 13,000 feet. It can also tag aircraft flying away at up 320 meters/second.

Grom missiles may already have downed Russian warplanes. In 2007 Georgia purchased 100 Grom missiles and 30 launchers under somewhat shady circumstances. Due to production delays, the weapons were transferred directly out of Polish military stocks and employed against Russian aircraft in the 2008 Russo-Georgia war. By one account, of 12 Grom missiles fired, supposedly nine either damaged or destroyed a target. However, the author’s survey of reported Russian airplane losses suggest Groms at most destroyed one Su-24M supersonic bomber and/or a Su-25 attack jet.

Despite encoded security locks on Grom launchers, some systems captured from Georgia by Russian forces were later transferred to pro-Russian separatists in Ukraine.

The Polish Army has acquired at least 400 Piorun launchers in addition to 2,000 older Groms, both of which are mounted on four-shot launchers on Poprad 4X4 air defense vehicles. Groms are also deployed by Indonesia and Lithuania.

Like other MANPADS, the Thunderbolt can’t protect against high-flying jet fighters and drones using either precision-guided weapons or timed-release of unguided bombs. However, it does pose a deadly threat to low-flying attack helicopters or troop-laden transport choppers, as well as warplanes that risk swooping down to attack ground targets with cannon fire and unguided bombs and rockets. They might especially inflict losses on smaller tactical surveillance drones used by Russia to cue highly lethal artillery strikes.

Furthermore, MANPADS infiltrated close to enemy airbases pose a deadly threat to aircraft taking off and landing, particularly cargo planes. Conversely, they may be used as a last-ditch base defense against cruise missiles.

Ukraine’s forces aren’t particularly lacking in low-altitude air defenses, but because each system only protects a limited area (thus being a ‘point’ air defense system), every additional MANPADS helps. In Syria, the presence of MANPADS compelled Russian airpower to fly higher, at the expense of reduced precision and effectiveness,s particularly versus moving targets.

Unfortunately, Grom and Stinger missiles donated by Lithuania and Latvia don’t assuage Ukraine’s more critical vulnerability in modern medium-to-high altitude air defense. The dilemma is that the kind of advanced systems Ukraine desperately needs cannot be transferred and integrated in a timely fashion.

Ukraine has lots of artillery, but those guns face a serious ammunition shortage. Because Ukraine and Poland both maintain similar Soviet- and Czechoslovakian-origin artillery systems, the former could easily use the latter’s 122-millimeter Grad rockets, and 122- and 152-millimeter howitzer shells.

When it comes to drones, there are several possibilities. Surveillance the Polish Land Forces has over thirty tactical surveillance mini-drones: Israeli-built Orbiters, U.S.-built ScanEagles, and indigenous WB FlyEyes. These could help locate hostile vehicle columns and artillery batteries, and cue precision artillery attacks by Ukrainian artillery.

Directed by inertial and satellite navigation to fly towards a target—or potentially cued by a FlyEye spotter drone—Warmate operators can assume remote control using video feeds from cameras mounted on the warhead. In theory, Warmate has a maximum range of 25 miles (40 kilometers), but its radio control range is only 5 miles (8 km), or less in obstructed terrain. As Ukraine already operates Warmates and FlyEyes, they could be integrated immediately.

But would Warsaw donate loitering munitions it only recently began to procure?

Possibly not according to Kuska: “At this point it’s hard to tell what equipment will be sent,” he explained to me. “The defensive aspect will probably be crucial as offensive weapons might be provocative. Poland might send old post-Soviet type artillery ammunition for which shelf life is close to an end – the same as Czech Republic did. The drones will probably be unarmed and used for observation.”