A Russian Invasion of Ukraine Might Resemble Its War with Georgia: The likelihood of a Russian invasion of Ukraine grows more concrete on a day-by-day basis in January 2022. Notable ill omens include the arrival in Belarus of 10 battalion tactical groups thousands of miles away from their bases in eastern Russia; the transiting of six amphibious landing ships from Russia’s Baltic fleet likely on a course for the Black Sea; and the reported deployment of Russian operatives into Eastern Ukraine who allegedly may be assigned to carry out a false-flag operation used to justify war.

Should Putin commit to military action, one of several possibilities is that Russian ground forces could seize the half of Ukraine east of the Dnieper river, on which Ukraine’s capital of Kyiv lies. But Western commentators (including the author) have warned that a substantial occupation of Ukrainian territory could mire Russia into an interminable counter-insurgency war against a mobilized Ukrainian nation already training citizens for irregular warfare.

However, prominent experts on the Russian military argue such warnings are probably ineffectual because permanent occupation of large swathes of Ukraine isn’t likely the end goal of a Russian attack. Instead, they believe Putin wants to cripple Ukraine’s military, and thus compel a deleveraged Kyiv to forsake its growing ties to NATO and concede more limited territory to Russian separatists in Eastern Ukraine.

For example, military analyst Rob Lee writes for FPRI: “The most likely ground offensive option is that the Russian military would focus on destroying Ukrainian military units east of the Dnieper River, inflicting casualties, taking prisoners of war, destroying military equipment, and degrading defense capabilities. This could include a planned withdrawal — a punitive raid —possibly after one or two weeks. It could also involve occupying terrain outside Kyiv and threatening the capital unless Russia’s demands are met. Such an operation would more closely resemble a more aggressive version of Russia’s war in Georgia in 2008 than its annexation of Crimea.”

In Lee’s view and other analysts, Moscow would likely rather pass on the brutal urban sieges and large-scale, long-term military occupation that would be involved in permanently seizing large parts of Ukraine. Nor would the Kremlin want to assume the economic costs of administrating and rebuilding extensive new territories devastated by war.

Like the conflict in Ukraine, the twelve-day Russo-Georgia war revolved around Moscow’s military support for pro-Russian separatists controlling two regions on Georgia’s border with Russia, South Ossetia, and Abkhazia. Deliberately provoked by Russian actions prior to the onset of hostilities including an artillery bombardment, Tbilisi unwisely initiated the larger conflict by launching an offensive targeting the South Ossetian separatist capital of Tskhinvali, and collaterally, the Russian military presence there.

Russia’s counteroffensive swiftly ejected the Georgian military from Tskhinvali—and then kept on going and going. Air and ballistic missile attacks struck targets throughout Georgia, killing over 200 civilians, and Russian forces opened a second front via Abkhazian territory too. The reeling Georgian military largely evaporated, and Russian troops faced no resistance occupying the cities of Gori in central Georgia, and the port of Poti.

Hypothetically, Russian forces could have rolled on from Gori into Tbilisi just 35 miles to the east, but occupying all of Georgia wasn’t Moscow’s endgame. Instead on August 12, Tbilisi agreed to a ceasefire. Russian forces went on to destroy more Georgian abandoned military equipment, including nearly the entire Georgian navy, before withdrawing, having crippled Georgia’s military and secured the effective annexation of the separatist regions into Russia.

A Plan to Bring Kyiv to Heel?

Obviously, Ukraine has more than four times Georgia’s population and thus has a greater ability to resist. This would be a war on a much greater scale requiring far greater forces, and result—at a minimum—in thousands of deaths, not a few hundred. Moscow has obviously factored that difference in given the breadth of its military preparations.

The deployment of Russian troops in Belarus, through which troops massing in Yelniya might also move—particularly suggest a Russian offensive aimed at the capital of Kyiv, just 110 miles south of the border down the E95 highway. That could bring pressure to bear on Ukraine’s political leadership in a very direct fashion. 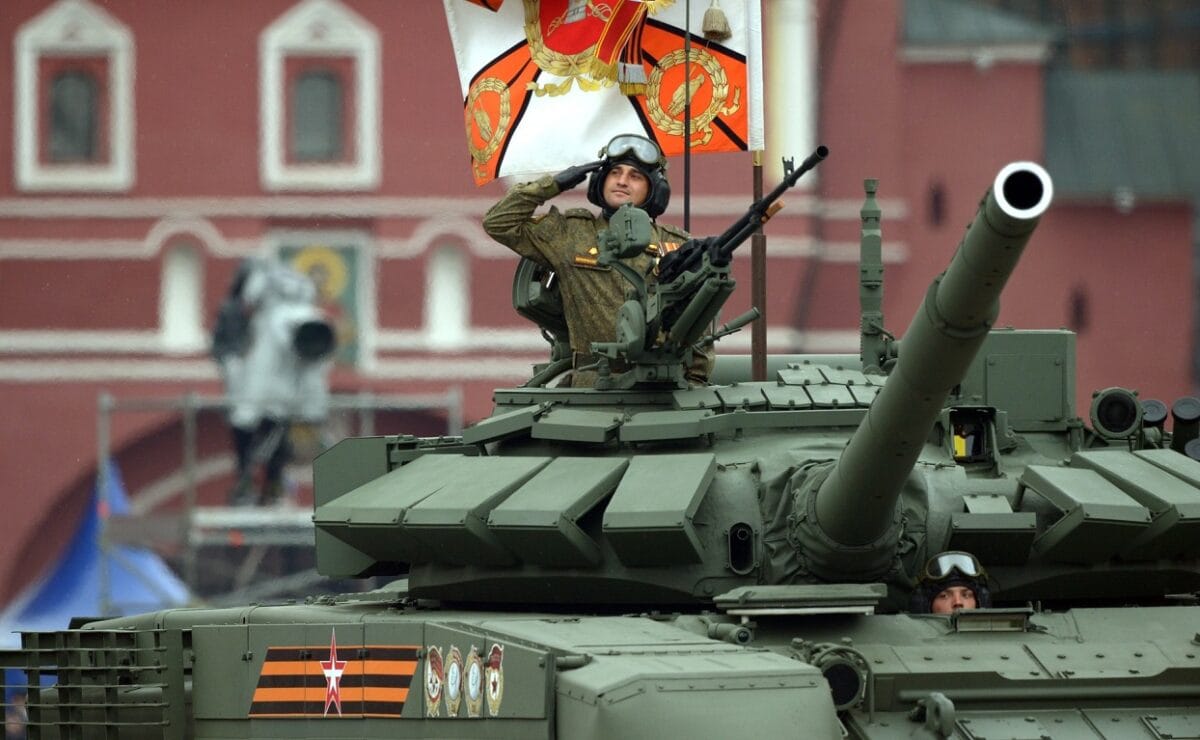 Such concessions likely include Kyiv cutting ties with NATO, stipulating its lasting neutrality vis-à-vis NATO, carving out certain territories on behalf of separatists in Eastern Ukraine, and perhaps securing lines of communication to Crimea. But Russian forces might withdraw from most major cities, leaving to Kyiv the stiff costs of administering and rebuilding them. Ukraine’s devastated military would be left incapable of resisting Russia militarily going forward.

Problems with a “Punishment War” Strategy

Such a strategy hinges on battering Ukraine’s civilian and military leaders through violence and a sense of hopelessness into submission—while ideally bypassing the messy work of capturing defended cities and occupying territory over time in the face of popular resistance.

But Moscow risks underestimating an important factor: Kyiv’s forces, though badly outgunned versus Russian firepower, have been hardened by eight years of fighting in Eastern Ukraine. That means they are more competent than in 2014, and less easily compelled to the kind of rapid collapse and evaporation that occurred in Georgia which allowed Russian forces to capture Gori and Poti essentially unopposed.

After all, in 2014-2015 even protracted Ukrainian defensive actions that ended in defeat in the battles of Debaltseve, and the Luhansk and Donetsk airports highlighted the tenacity and stubbornness of Ukrainian troops in the face of massive firepower.

Unfortunately, tenacity alone won’t suffice because Russia has extensive means to pummel Ukrainian forces with precision long-distance strikes using airpower, rocket and conventional artillery systems, and tactical ballistic missiles. Like the U.S. aerial bombardment of Iraq’s army in 1991 and 2003, these could devastate Ukraine’s ground forces before they can even shoot back (unless the Russian military fumbles suppression of Ukrainian air defenses). If the shock of the Russian assault causes an evaporation of resistance like in Georgia, the political question may become immaterial. 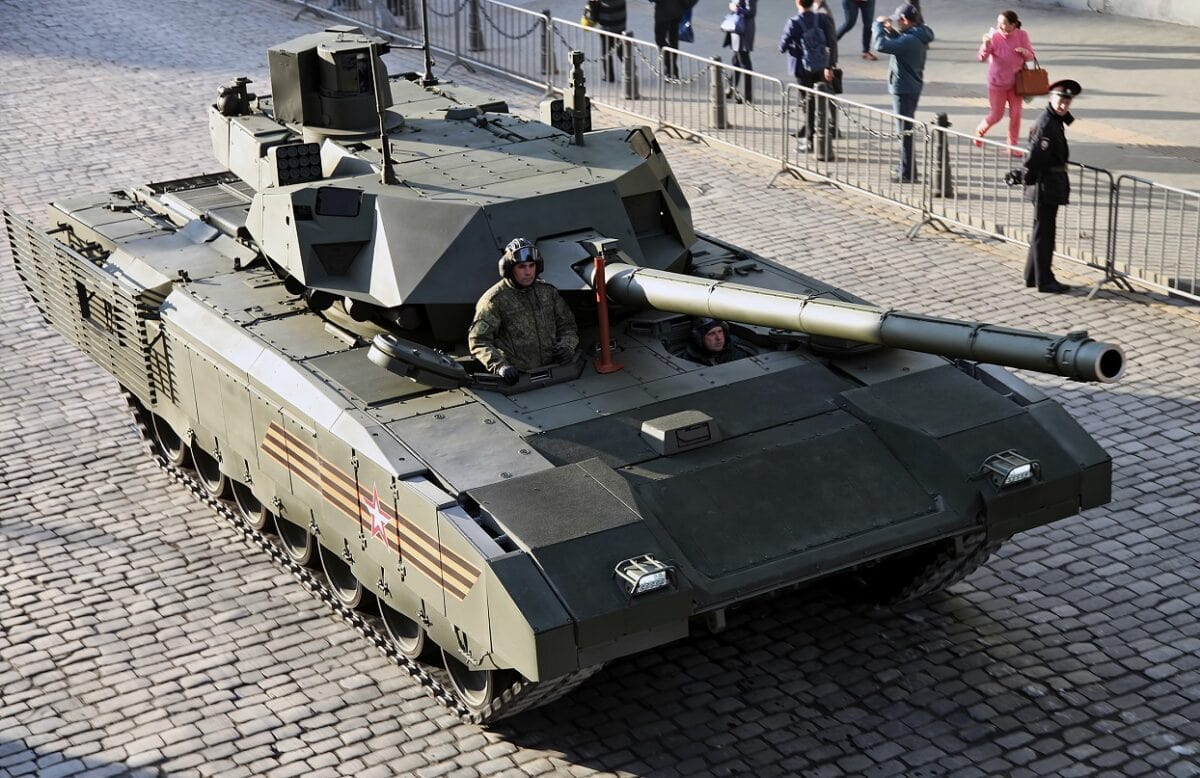 But Russia’s demonstrated standoff-warfare strategy becomes complicated if entrenched Ukrainian troops manage to hold defensive positions in major cities like Kharkiv, Kyiv, and Mariupol, or the Dnieper river cities of Dnipro and Zaporizhzhia.

Rooting out determined defenders one city block at a time is a slow and costly business that cannot be accomplished purely by standoff fires. Infantry and armored vehicles must be put in harm’s way and suffer losses—as would civilians, in far greater numbers. Indeed, besieging and starving out such cities would involve a conflux of humanitarian disasters.

Russia’s military is capable of such brutal warfare—after all, in 1999 it systematically used artillery and air power to level and capture Grozny over five weeks, killing thousands of civilians while sustaining around 2,000 soldiers killed.

But the larger scope of a Ukrainian conflict, and the military pressures that may mount from western Ukraine and sympathetic foreign actors, make committing to such a campaign more dangerous than besieging the capital of an isolated separatist republic. That could prolong the conflict and increase the costs and risks to Moscow, including various degrees of external intervention, denying it the proverbial “short, victorious war” it hopes for.

If the analysts are correct, Putin and his advisors may believe they can bully Kyiv to their will by devastating Ukraine’s military in a swift war while forgoing the unpleasant work of prolonged occupation and urban sieges. But should Russia initiate such a terrible war only for Ukraine’s leadership and soldiers prove less pliable to “military-technical measures” than anticipated, the costs to Russia and odds of foreign intervention could rise significantly.

Sébastien Roblin writes on the technical, historical and political aspects of international security and conflict for publications including the 19FortyFive, The National Interest, NBC News, Forbes.com, and War is Boring. He holds a Master’s degree from Georgetown University and served with the Peace Corps in China. You can follow his articles on Twitter.