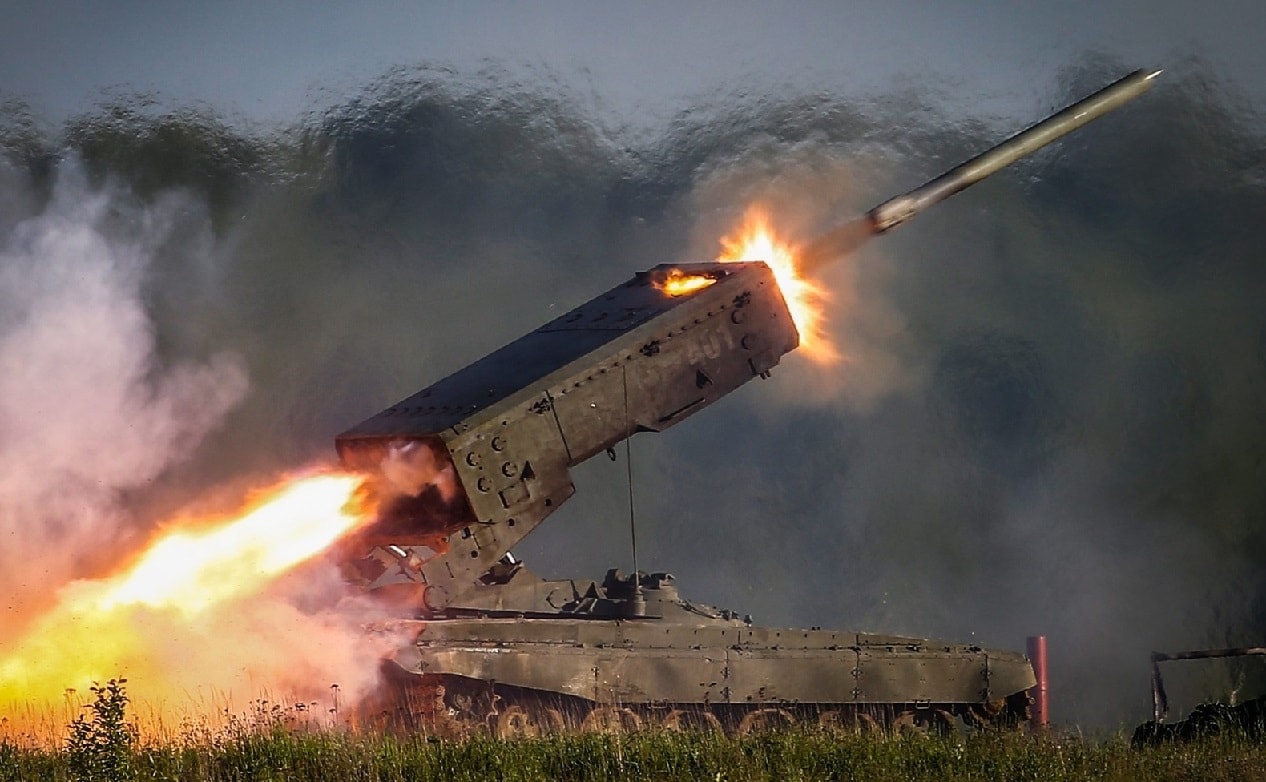 When columns of Russian armored vehicles poured into Ukraine in August 2014, they were organized into eight Battalion Tactical Groups (BTGs), ad-hoc formations built around regular tank or mechanized infantry battalions, but reinforced with powerful artillery and support units.

Supported by electronic warfare companies and cross-border artillery fire from Russia, the Russian BTGs dealt Ukraine’s hard-pressed ground forces brutal setbacks in the battles of Ilovaisk and Debaltseve, and the sieges of Luhansk and Donetsk airport.

Seven years later on December 3, 2021 the Washington Post reported U.S. intelligence concluded Russia was massing up to 175,000 troops around Ukraine—with analysts estimating 50 going on 100 BTGs mustering for a potential fight.

In fact, commercial satellite imagery and traffic videos posted on social media, had already begun to reveal the ominous troop movements weeks earlier, as discussed in this Nov. 10 article.

Fundamentally, the buildup involves the transfer of individual BTGs and artillery units from three out-of-region armies to mass in three sectors adjacent to Ukraine.

The better part of the 41st Combined Arms Army is mustering at Yelnya; tanks and infantry elements of the elite 1st Guard Tank Army are massing at Pogonovo, near Voronezh adjacent northeastern Ukraine; and artillery and infantry of the 58th Combined Arms Army are bulking out Russian forces on the Crimean Peninsula and the land border at Rostov-on-Don.

Fortunately, satellite photos so far show the newly arrived units parked closely together dozens of miles away from the border rather than deployed at a staging point in dispersed combat formations. However, the Russian formations are close enough to the border to achieve operational surprise.

Worrisomely, intelligence has revealed the deployment of logistical and medical assets to the border region that contribute little to coercive diplomacy, but would be prerequisite to a major ground offensive. How and whether Russia may employ these forces massing around Ukraine is the subject of a companion article.

A Russian infantry or tank regiment/brigade typically has three maneuver battalions. The brigade/regiment’s assets can be pooled to form one or two Battalion Tactical Groups averaging 800 personnel each.

A BTG usually is based around an infantry battalion’s three motor-rifle infantry companies (each with 11 BMP tracked fighting vehicles or BTR-80/82 personnel carriers), but reinforced by a fourth tank company with 10 tanks, typically T-72B3s. For tank BTGs, that ratio is reversed. 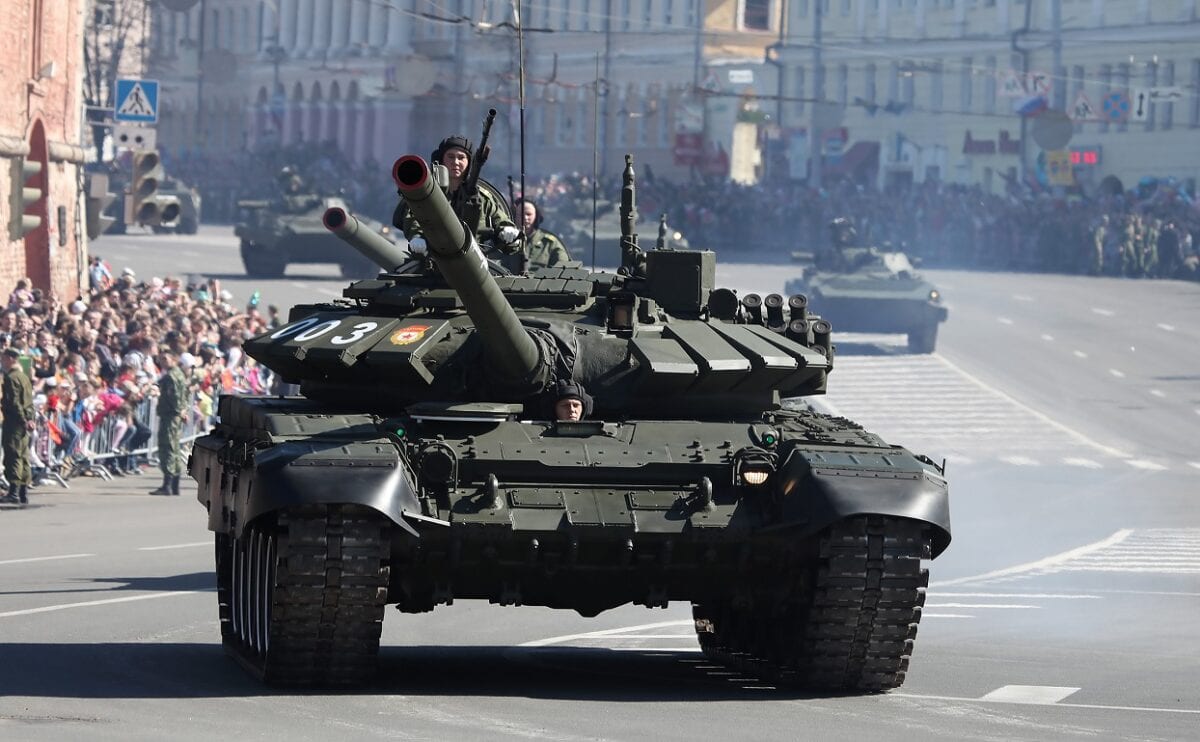 Both types of BTGs are reinforced by two or three batteries of mobile rocket artillery and/or self-propelled howitzers (122- and 152-millimeter caliber), for a total 12-18 artillery systems—an enormous amount of fire support for a battalion-sized unit.

Furthermore, a BTG may integrate one or two mobile surface-to-air missile batteries; an anti-tank company equipped with long-range anti-tank guided missiles; and supporting combat engineer, electronic warfare and reconnaissance platoons. This gives BTGs a broad toolkit of capabilities at hand to deal with tactical problems without needing to request support from higher headquarters.

A U.S. Army study sought to identify the strengths and weaknesses of BTGs. In general, BTG are effective at rapidly concentrating combat power at a specific point on the frontline, clobbering local opposition at arm’s length with their outsized downrange firepower, and exploiting the rupture with maneuver units. A BTG’s surveillance assets can effectively monitor a distant point to direct lethal artillery strikes, but don’t provide broader defensive surveillance capacity.

However, BTGs lack the mass to defend broader areas or engage in a prolonged battle of attrition or assaults, particularly in urban operations which tend to be personnel intensive, and rely on lower-quality allied forces (proxies, irregulars, conscripts, reservists, etc.) to defend flanks, screen against attackers, and secure newly captured areas.

Besides BTGs, Russia has massed brigades of long-range howitzers, BM-27 and BM-31 multiple rocket launchers, and Iskander ballistic missiles. These powerful fire support assets can rain devastation on targets dozens of (or for the Iskander, over 300) miles away.

While artillery fires are viewed as enablers for decisive action by maneuver forces in Western military theory, Russian doctrine sees artillery as the primary tool for destroying enemy forces, with the maneuver elements then mopping up the survivors.

In the 2014-2015 fighting in Ukraine, Russian artillery proved particularly deadly and responsive thanks to drone artillery spotters and effective electronic warfare. The concentration of artillery around Ukraine could enable a violent barrage of Ukraine without BTGs even having to roll onto Ukrainian soil.

Summarized below are the troop dispositions that have been identified by satellite and social media imagery as of December 15, 2021 drawing on the detailed list maintained by military analyst Konrad Muzyka of Rochan Consulting.

Bear in mind, there are surely other redeployments that have not been discovered and reported by open sources.

The 144th Motor-Rifle Division of the 20th Combined Arms Army (CAA) at Smolensk, consisting of two infantry and one tank regiment at Klintsy and Yelnya.

(*Note that the locally-based divisions also have artillery regiments and other combat support units not listed for sake of brevity.) 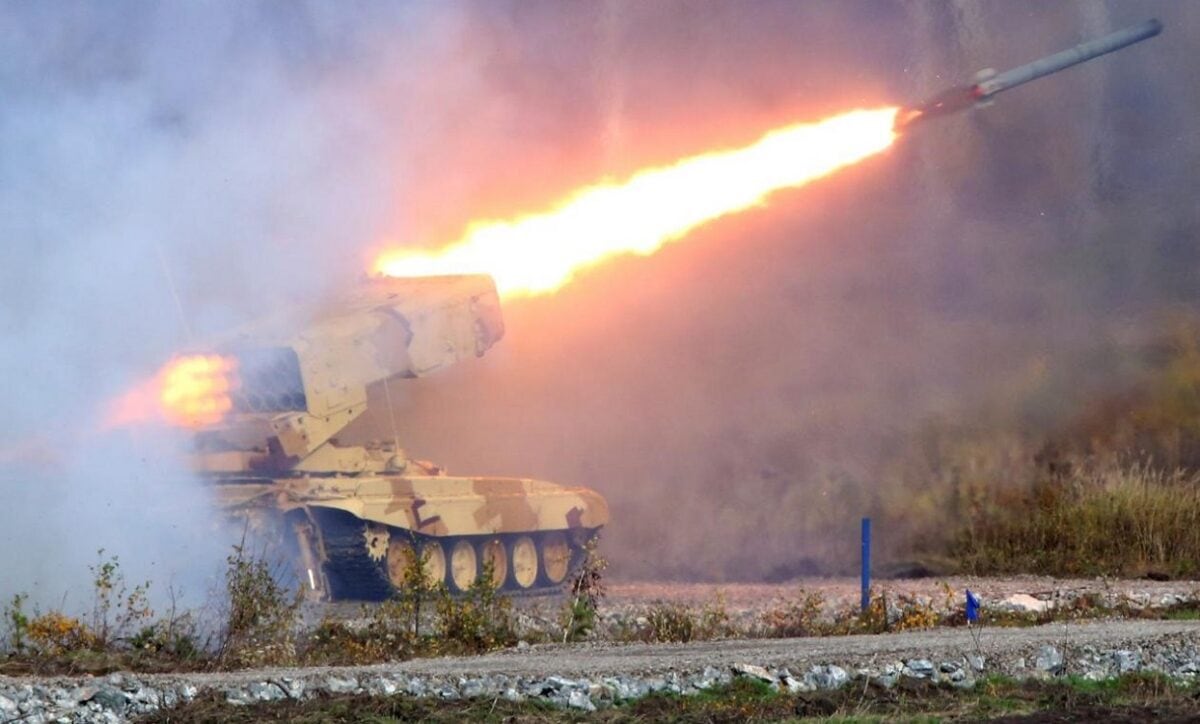 The buildup is at its most pronounced in Yelnya, despite being located 150 miles north of the Ukrainian border. Nonetheless, forces at Yelnya could roll southwards, or more troubling transit through Belarus—if accorded permission from its dictator Lukashenko—and threaten the Ukrainian capital of Kiev or even enter (via Belarus) western Ukraine.

These forces may be aimed more at pinning down Ukrainian forces in western and central Ukraine, preventing reinforcement of Eastern Ukraine, rather than permanently occupying territory.

The 3rd Motor Rifle Division of the 20th CAA, with three (going on four) infantry and tank brigades/regiments based around Valyuki, Soloti and Boguchar.

All come from the elite 1st Guards Tank Army based around Moscow with generally higher-quality equipment such as T-80 tanks.

There has been a further, and significant, increase of prob 1st GTA elements camped here.

With help from the details released by @JanesINTEL via Politico last night, I have located a new Russian Army camp, in a training ground approx 10km ENE of Kursk.

SAR from yesterday, optical the 2nd.

According to Jane's, this could be elements of the 138th MRB / 6th CAA. pic.twitter.com/umnRMSKZvS

Pogonovo is a training range near Voronezh located 100 miles north of Ukraine. Forces there could head directly south to expand the zone held by pro-Russian forces in Eastern Ukraine; or could roll southwest to threaten Kharkiv, Ukraine’s second-largest city.

Additionally, two BTGs from the 25th and 138th Motor Rifle Brigade of the 6th Combined Arms Army have been identified at Postoyalye Dvory (near Kursk), 120 miles north of Kiev.

Crimea and Rostov-on-Don: the Southern Approach

The 150th Motor-Rifle Division of the 8th CAA, (consisting of two rifle regiments and two tanks regiments) is based at Rostov-on-Don and Persianovskiy. An additional Motor-Rifle Brigade is at Volgograd (formerly Stalingrad). 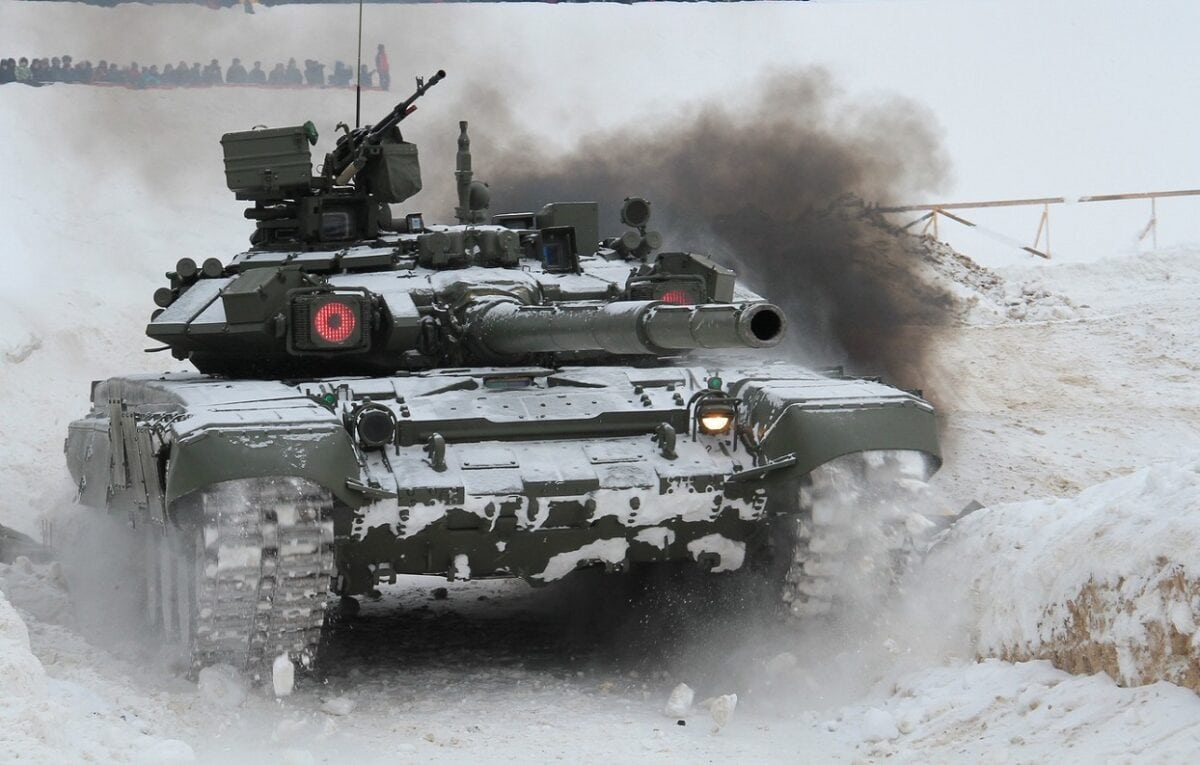 Two brigades are based in Crimea—the mechanized 126th Coastal Defense Brigade, and the 810th Naval infantry Brigade. Facilities to host the mechanized paratroopers of the 56th Air Assault Regiment are also under construction in Crimea.

Ballistic missile, artillery and air defense assets of the 58th Combined Arms Army have remained in Crimea since last Spring.

Forces in Crimea could project deadly missile/artillery attacks or mount amphibious landings in lightly defended areas. Forces at Rostov-on-Don might attempt again to capture Mariupol and from there attempt to overrun Berdyans’k and Melitopol to create a land corridor to the Crimean peninsula.

Sébastien Roblin writes on the technical, historical and political aspects of international security and conflict for publications including the 19FortyFive, The National Interest, NBC News, Forbes.com and War is Boring.  He holds a Master’s degree from Georgetown University and served with the Peace Corps in China.  You can follow his articles on Twitter.