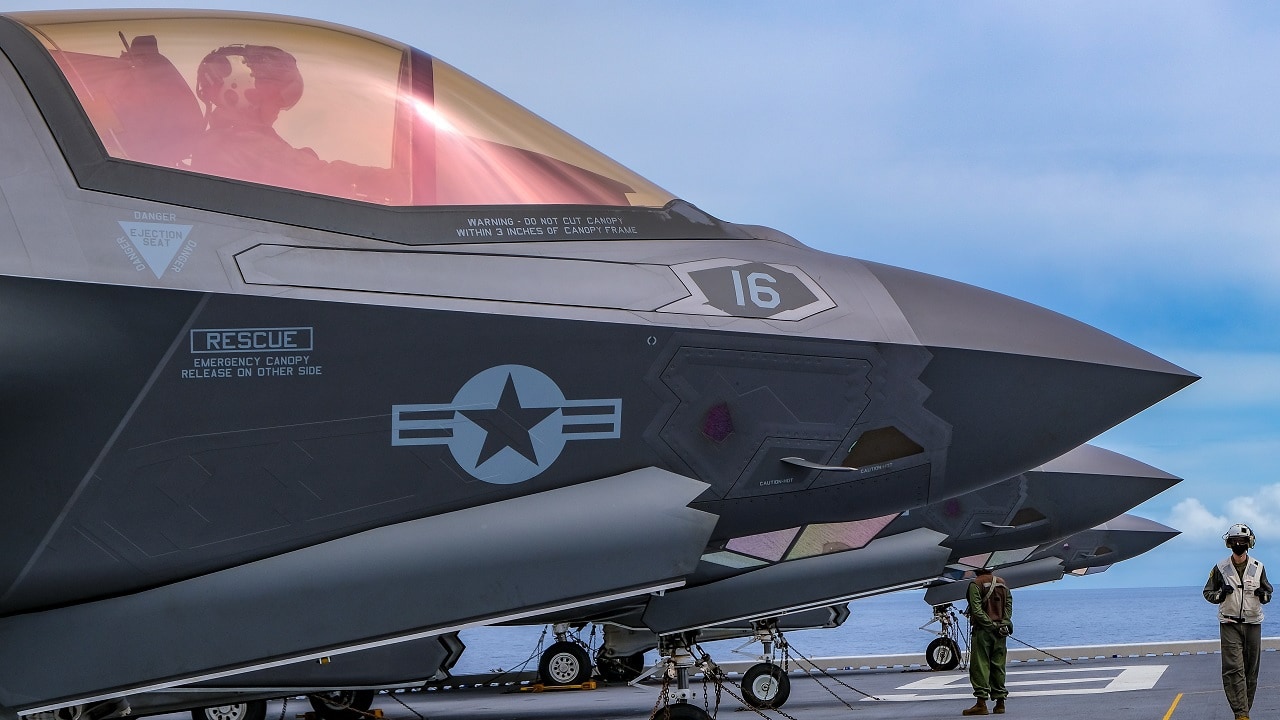 Russia has spawned a reboot of the NATO alliance: What Obama tried to accomplish with appeals and Trump with threats is now happening without a great deal of either from President Joe Biden: amid Russia’s invasion of Ukraine, NATO member nations are significantly ramping up their defense spending levels.

Days after the Feb. 24 invasion, Germany announced plans to increase its defense funding, with Chancellor Olaf Scholz committing 100 billion Euros in 2022 to beef up its military and promising to invest more than 2% of gross domestic product – the NATO baseline – into defense moving forward. At least seven other European nations have followed suit with defense spending increases: Belgium, Romania, Poland, Italy, Norway, Denmark and – the only non-NATO member on the list – Sweden.

Russia’s aggression, underscored by a March 13 missile strike in Western Ukraine, just 15 miles from the Polish border, constitutes an existential threat that is promoting historic united action among allies in Europe, at least for the moment.

As Biden travels to Belgium and Poland this week to meet with NATO leaders and address response efforts, many expect him to push for long-term defense commitments from the alliance that will outlast the current crisis.

If leaders can coordinate new investments and move swiftly to admit new partners to the alliance, NATO will emerge more formidable and influential, explains Jim Townsend, an adjunct senior fellow at the Center for a New American Security’s Transatlantic Security Program.

Townsend played a role in making NATO what it is today: in the 1990s, he served as principal director of European and NATO Policy, director of NATO Policy and director of the Defense Plans Division at the U.S. Mission to NATO in Brussels. He’d later work for eight years at the Pentagon as Deputy Assistant Secretary of Defense for European and NATO policy. Among Townsend’s accomplishments in support of NATO expansion and defense planning was assisting in the creation of the NATO Response Force, which began as an initiative in 2002 and was expanded with the addition of the Very High Readiness Joint Task Force in 2014.

The response force was activated for the first time for a real-world mission this month in response to the assault on Ukraine. Thousands of U.S. troops joined contingents from around NATO, arriving in Germany and other locations in Western Europe to await further orders. While NATO has not publicized many details about the NRF’s activities, it released a March 2 statement saying 500 French troops had arrived in Romania to shore up the alliance’s posture in the east.

“I was a little surprised,” Townsend says of the force’s deployment, “because it’s got to be done through a unanimous vote … I never thought I’d see it. Because I didn’t think we’d be fighting in Europe.”

Up to 40,000 ground, sea, air and special operations troops can populate the response force, which is led this year by France, according to prior arrangement. NATO Secretary-General Jens Stoltenberg has said that the alliance will defend “every inch” of member nation territory, although the only threat to date has been proximate.

Despite a 2019 amendment to the Ukrainian constitution committing it to seek membership in NATO and the European Union, Ukraine remains outside the alliance. That reality leaves NATO unbound by a mutual defense pact and more free to choose how to provide aid and support, but also may have emboldened Russian President Vladimir Putin in his decision to launch an invasion that the Russian government has continuously characterized as a special military operation.

Now, NATO should move quickly to add more members to the alliance, Townsend said, particularly those on Putin’s doorstep.

“I think we’ve always wanted Sweden and Finland to be in NATO. They’re now closer than they’ve ever been, and I would hope that they join soon,” Townsend told Sandboxx News, adding that the nations’ concerns over Russian displeasure were now far less of a barrier than they’ve been in the past. “And so I think the window is open now, and they need to jump.”

While Norway and Denmark are founding NATO members, Sweden and Finland are merely “enhanced opportunity partners” with populations historically leery of upsetting a geopolitical balance by joining the alliance. But recent polling, as reported by the Heritage Foundation, shows a newfound majority of citizens in both countries are supportive of membership. Finland shares an 830-mile border with Russia, and while Sweden is not a direct neighbor, Stockholm is across the Baltic Sea from St. Petersburg. A move to join NATO would be a great vote of confidence in the power of the alliance and a statement of defiance in the face of threats from Putin.

Whether Ukraine will ever be admitted to NATO remains a complex question. Even apart from Russia’s threats, Townsend noted, other member nations had raised concerns about the country’s history of government corruption as a disqualifying factor. Others may be hesitant to welcome in a country as likely to trigger NATO’s Article 5 as Ukraine, positioned as it is in Russia’s crosshairs. But by alliance policy, these things cannot preclude the country from membership consideration, he added.

“It’s got to go through the process, and then we’ll see where it ends up,” Townsend said.

As NATO nations rush weapons and military aid to Ukraine and ramp up spending on their own defense efforts, Townsend said he’s watching to see what efforts emerge to sustain long-term military investments rather than just reactive measures.

“Among the experts in the community, a lot of us are worried that [increased defense investments] will be maintained,” he said. “Walking it back after a year or two – it’s not a good thing. We need to keep the spending at this level. And … among the European Union and NATO nations, we need to better coordinate how this money is spent.”

Coordination, he said, will ensure diversity in defense investments and a united military deterrence effort, particularly for budget programming that requires assessing what threats and defense demands will manifest a year or two from now. If NATO can do this and succeed at rebuilding European military capability while remaining unified, Russia will have created a stronger and more determined adversary through its aggression.

“During the ’90s and the early 2000s, when Russia was not seen as a threat, it was pretty amorphous, what NATO needed to defend itself from. But now it’s very obvious; the wolf’s at the door,” Townsend said. “That’s the kind of threat that focuses the mind.”