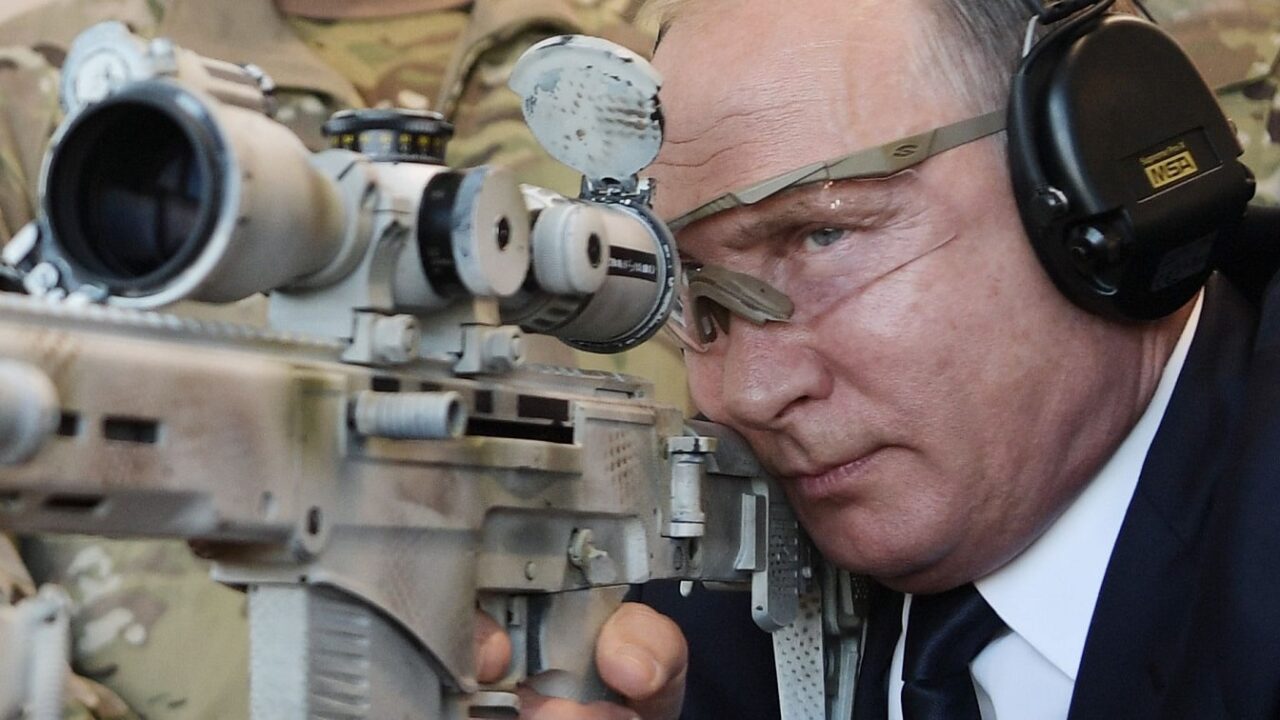 The Russian military has been shocked by the determined, stiff resistance by the Ukrainians during the war, which is now entering its second month. The casualties suffered by Russian units have been much larger than expected. It is causing issues not only on the battlefield where combat effectiveness has been degraded but at home where open dissent against President Vladimir Putin is growing.

The Russians have steadfastly stuck to the fallacy that only 498 troops have been killed during the invasion of Ukraine. Even the most conservative US intelligence estimates put the Russian losses at 7,000. NATO estimates now say that the 7,000 combat deaths could be as high as 15,000 suffered by Russian forces.

The state-run Russian newspaper Pravda posted that — 9,861 Russian military troops had been killed and 16,153 wounded. Those numbers remained on the website for nearly 24 hours before it was taken down. Later they claimed that the site was hacked.

Russian Generals Double Down on Dissent of Ukrainian Operation:

Back in January, several retired and serving Russian generals argued against an invasion of Ukraine. They penned an article in an online site for their professional development that an invasion would be disastrous.

The head of the group stated that an invasion of Ukraine would be “pointless and extremely dangerous.” He added that such a war would make Russians and Ukrainians “enemies for life” and that it could possibly draw NATO into the fight which could threaten “the existence of Russia itself as a state.”

Igor Girkin, a retired FSB officer, the successor of the Soviet KGB stated in a video shared online that Russia had made a “catastrophically incorrect assessment” of the Ukrainian’s will to fight and their ability to do so.

Criticism of Russia’s performance and their pre-invasion intelligence has been carried over to state-run national television. Retired Lieutenant General Yevgeny Buzhinsky, who frequently appears on television as a military affairs expert stated, “There was probably the hope that they (Ukrainians) wouldn’t resist so intensely.”

“They were expected to be more reasonable,” he added.

But while the Putin regime tries to conceal the true cost of the war’s casualties, the abandoned bodies of the Russian dead are piling up, which is going to be an issue for not just for the Russian families to identify and bury their own, but to the Ukrainians. As the spring thaw comes, the bodies, if not properly buried can spread disease.

“The problem with Russian bodies is really huge. It’s thousands of them. Before the war, the weather was cold, it was okay but now we have problems because Russians don’t want to take the bodies,” Viktor Andrusiv, an adviser to the Ukrainian internal affairs minister said. “I actually don’t know what we will do in the next weeks with their bodies.”

Russia Being Forced to Use Conscripts, Mercs, and Foreign Fighters:

With the number of casualties rising among Russian combat units, including the loss of between four and six generals in the fighting, their main assault units are in danger of becoming combat ineffective. The loss of the senior officers takes a toll on command, control, and communications.

The UK Defense Ministry said that the Russian military is being forced to replace the combat losses with conscripts, private military forces, as well as foreign fighters to fill the void as they attempt to take large population centers.

“Russia is likely now looking to mobilize its reservist and conscript manpower, as well as private military companies and foreign mercenaries, to replace these considerable losses,” the ministry wrote on Twitter.

“It is unclear how these groups will integrate into the Russian ground forces in Ukraine and the impact this will have on combat effectiveness,” the Ministry added in its post.

The General Staff of the Ukrainian Armed Forces stated that Russian losses topped 15,300, which was more than they had lost in a decade of fighting in Afghanistan. Included in those numbers, which can’t be confirmed, are over 2,000 tanks and armored vehicles, more than 200 aircraft and helicopters, and more than 250 artillery systems.

In this article:Putin, Russia, Ukraine, Vladimir Putin, War in Ukraine