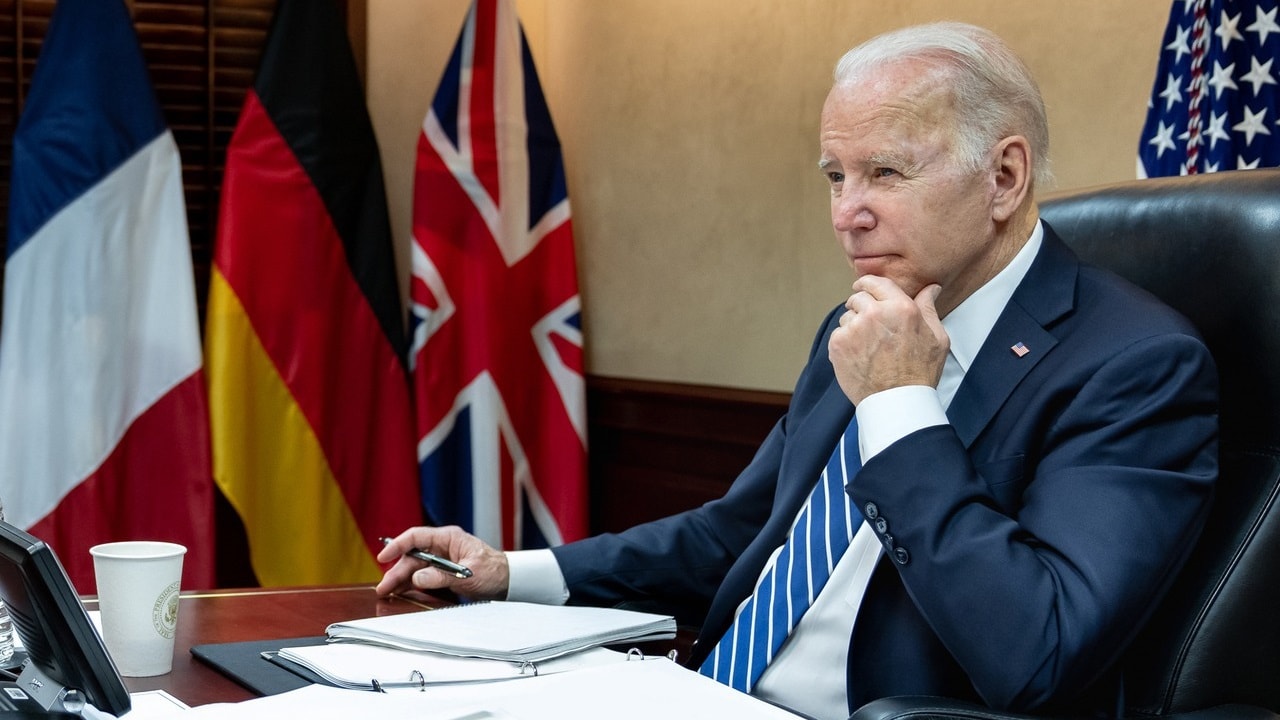 President Biden held a secure video call yesterday with President Macron, Chancellor Scholz, and Prime Minister Johnson. The leaders affirmed their determination to continue raising the costs on Russia for its unprovoked and unjustified invasion of Ukraine. They also underscored their commitment to continue providing security, economic, and humanitarian assistance to Ukraine. In addition, they discussed their respective recent engagements with the Ukrainian and Russian presidents.

Russian Oil, See Ya: Last week, United States Secretary of State Antony Blinken argued that energy sanctions on Russia would hurt America more than it would Moscow. Only days later, however, the Biden administration is now singing a different tune. Blinken said over the weekend that the Biden White House is in “very active discussion” with European partners about banning the import of oil to the United States. And it now seems the Biden Administration could announce a ban on Russian oil at any moment, perhaps today.

It could deny Russia as much as $500 million per day in revenue.

Speaking to CNN from Moldova on Sunday, Blinken warned that the war in Ukraine could last some time.

“Vladimir Putin has, unfortunately, the capacity with the sheer manpower he has in Ukraine and overmatch he has, the ability to keep grinding things down against incredibly resilient and courageous Ukrainians. I think we have to be prepared for this to last for some time,” he said.

Blinken had spent two days visiting NATO member nations in Eastern Europe, and told CNN that the Biden White House was talking to European allies to consider the prospect of banning the importation of Russian oil “in a coordinated way” while also ensuring that there is an “appropriate supply of oil on world markets.”

His comments were remarkably different from his previous effort to distance the Biden White House from the possibility of energy sanctions. Despite the very clear danger that Russian oil sanctions would pose to the United States economy, however, the idea appears to have support among high-profile Democrats.

On Sunday, House Speaker Nancy Pelosi expressed her support for the idea, announcing on her website that House Democrats are “exploring strong legislation that will further isolate Russia from the global economy.”

Her site revealed that a bill was in the works that would ban the import of Russian oil and energy into the United States, as well as end all normal trading relations with both Russia and Belarus. Pelosi also said the bill would instruct the United States to take steps to deny Russia access to the World Trade Organization.

Pelosi insisted, however, that the United States doesn’t need to choose between democratic values and economic interests, with the Biden administration apparently “laser-focused on bringing down the higher energy costs for American families.”

On Monday, the average price of gasoline in the United States hit a record high of $4.104, with some parts of the country paying almost $7 per gallon. The previous record was set in 2008, when average prices reached $4.103.

As fuel costs increase and the White House reportedly goes ahead with plans to block Russian oil, President Joe Biden is reportedly considering easing restrictions on the importation of oil from Venezuela to make up for the shortfall. Biden is also reportedly putting increased pressure on Saudi Arabia to boost oil production, despite the exact same request being rejected in February.