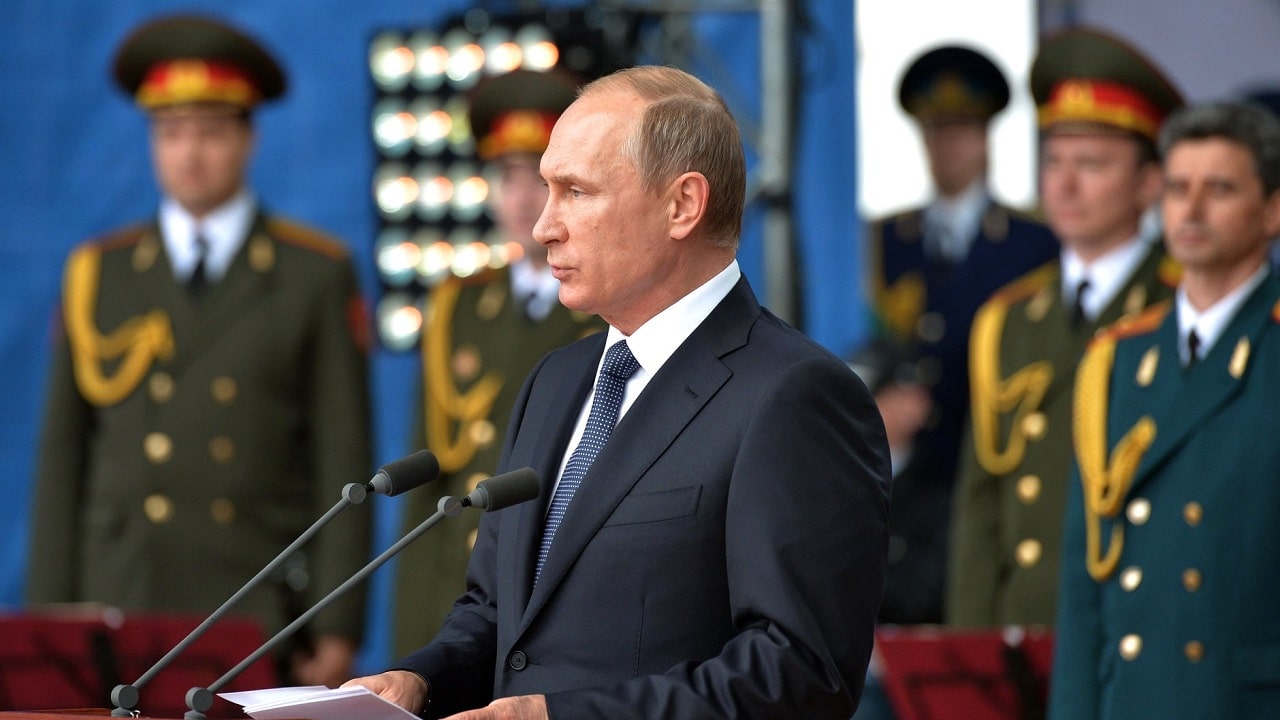 Vladimir Putin at the opening ceremony of international military-technical forum.

In the wake of economic sanctions levied against Russia by the United States and Europe, Russia has officially become the most sanctioned nation in the world.

Russia’s central bank attempted to stave off a major and immediate economic downturn – and pressure from Russian citizens who quickly attempted to withdraw their money from ATMs in the wake of sanctions against Russian banks – by increasing interest rates to 20%. The decision meant that Russians got improved returns on their savings should they keep them in Russian banks, but also means that loans in the country have become significantly more expensive.

The Central Bank of Russia may have reduced the hemorrhage of rubles from Russian banks but has also made it less likely for Russians to borrow, invest, and move money. It means that Russia’s current economic situation will only get worse as it approaches a deep recession.

Economists predict that Russia’s Gross Domestic Product will decline by 7% over the next year.

President Joe Biden announced a new round of sanctions against Russia in conjunction with G-7 nations, starting with the revocation of Russia’s “most favored nation” trade status.

It means that Russia will no longer be a member of the World Trade Organization, giving it equal access to the markets of other World Trade Organization members. Biden’s latest sanction effectively ends all normal trading relations with Russia, meaning there will be higher tariffs on imports from Russia, pushing American businesses and consumers to look elsewhere for the same products.

“As Putin continues his merciless assault, the United States and allies and partners continue to work in lockstep to ramp up the economic pressures on Putin and to further isolate Russia on the global stage,” Biden said during a White House briefing.

“Revoking permanent normal trade relations for Russia is gonna make it harder for Russia to do business with the United States.”

What Is Left for the U.S. to Sanction?

Brian O’Toole and Daniel Fried of the Atlantic Council think tank argued recently that the West needs to continue “developing escalatory options for sanctions to keep pace with Putin’s increasing violence,” adding that there is “still room for more targeting before these sanctions reach a level comparable to those against Iran or North Korea.”

However, with the Biden administration having already suspended normal trading relations with Russia, cut off all oil and energy imports, and sanctioned major Russian banks and economic institutions, it’s hard to imagine what truly meaningful sanctions could be left.