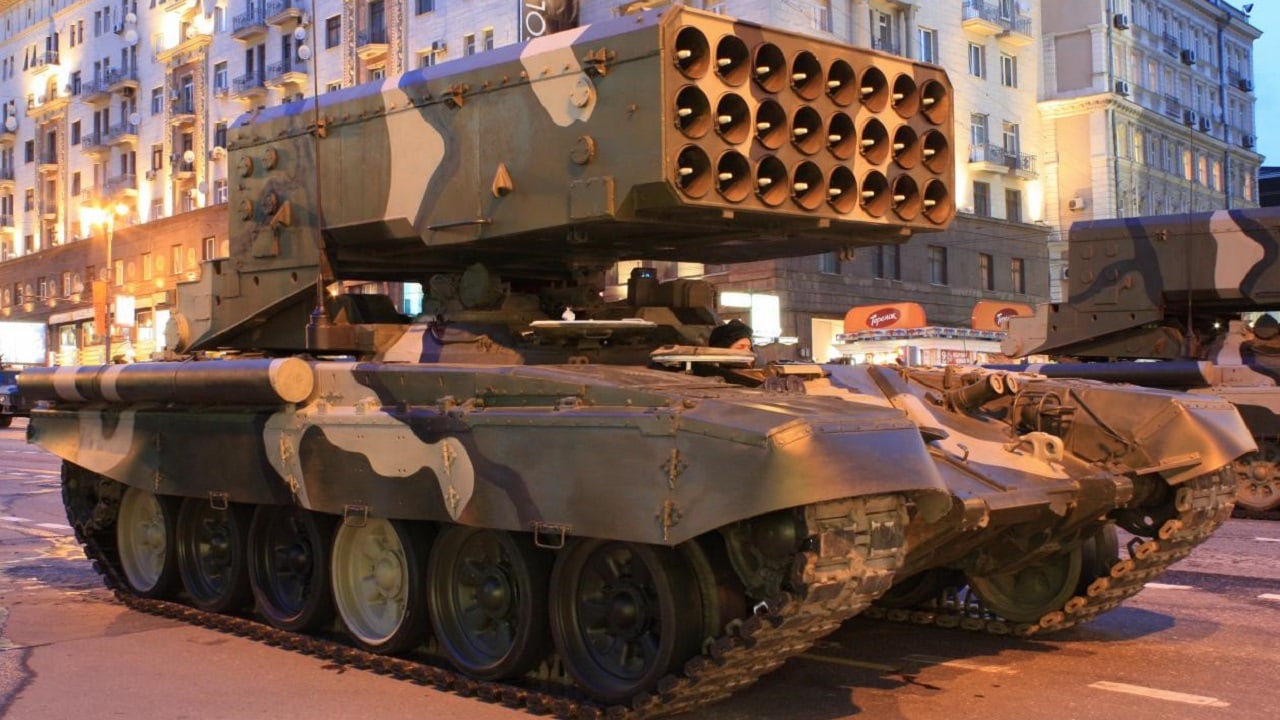 Russia’s Economy Is In Serious Trouble. How Will Putin Strike Back? Russian President Vladimir Putin just declared that Western sanctions on Russia for his brutal invasion of Ukraine are akin to “a declaration of war.” And, so far, it is easy to understand why.

Multinational investment bank JPMorgan Chase & Co has warned that Russia could be on track for an economic collapse that will compare to, or even rival, the 1998 economic crash in the country in the wake of its debt default.

Speaking to clients on Friday, JPMorgan economists said that they predict Russia will experience a 7% contraction in gross domestic product over the next year. Other banks made similar predictions, too, with economists from Goldman Sachs and Bloomberg Economics predicting a GDP drop of 9%. That’s almost double the 5.3% GDP contraction seen during Russia’s 1998 crash and debt crisis.

At this stage, the only hope Russia may have is that the United States – under Biden’s current energy strategy – can’t afford to continue increasing sanctions against Russia. In fact, the American economy is already feeling the impact of this military conflict in terms of gas and energy prices.

Over the last week, gas prices have risen by 23 cents. On Friday, prices rose by 11 cents over Thursday, which constituted the biggest single-day increase since 2016.

“The sanctions are designed … to have maximum impact on Russia and Putin while minimizing harm to us and our partners,” Blinken told the press. “There’s no strategic interest in reducing the global supply of energy.”

The immediate effect, he said, would be an increase in the price of gas at the pump, and that the United States is already making strides to undercut Russia’s future as one of the top providers of energy in the world. Blinken may find it difficult to defend that claim, however, given that the Biden administration canceled the Keystone XL pipeline between the United States and Russia in favor of the Nord Stream 2 pipeline between Russia and Germany.

Fox reports that the United States is considering targeted sanctions that would cut Russia’s access to technologies that allow the country to continue developing its energy capabilities and potentially cut off the Nord Stream 2 pipeline. And, while Germany has taken steps to halt the process of certifying the Nord Stream 2 gas pipeline, it remains unlikely that Germany will end the project entirely.

The 750-mile pipeline was officially completed in September of last year but is still awaiting final certification from regulators in Germany. If certified, the pipeline will deliver as much as 55 billion cubic meters of gas every year to Germany – more than half of the nation’s annual consumption. The deal will be worth more than $15 billion to Russian state-owned energy firm Gazprom, making the cancelation of the project a terrific bargaining chip with Russia in its war with Ukraine.

However, with the pipeline already fully constructed at a cost of more than €10 billion ($10.9 billion), and with so much potential for Germany to fulfill its energy needs more cheaply and conveniently, Vladimir Putin likely knows that the West can’t hold out on these sanctions forever. Germany already imports 35% of its natural gas from Russia.

Sanctions Against Russia May Take Years to Have Full Effect

While sanctions have so far caused serious economic disruption across Russia, some experts say that it could take years for them to have a full effect on the Russian economy. By then, Ukraine may well be under the control of Russia.

Daniel Fried, the former ambassador to Poland who assisted Western governments in their responses to Russia’s annexation of Crimea in 2014, told NBC News that Biden’s sanctions so far are “pretty tough.”

He also said, however, that when the United States placed sanctions against the Soviet Union following its invasion of Afghanistan in 1979, it took years to see any real results.

“Sanctions are like every other tool of foreign policy: They’re imperfect,” he said. “But in 2014, after we hit him, he backed off. Not all the way and not for good, but we had eight years of relative peace. Now he’s back. Maybe we should have kept the pressure on.”

The immediate effect of economic sanctions may also be a price worth paying for Vladimir Putin and his efforts to rebuild the old Russian empire.