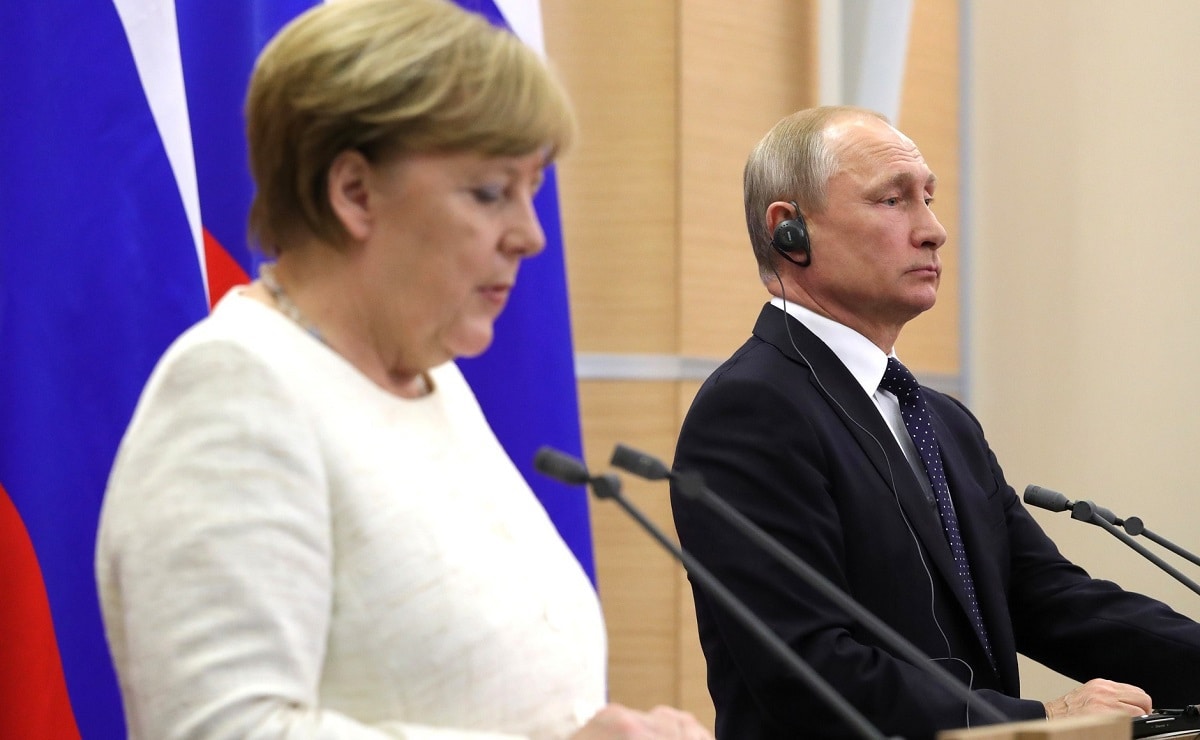 Much ink has already been spilled lamenting the end of the post-Cold War era of American hegemony and the emergent strategic competition with Russia and China. Moscow has been described as a manipulative alien power, which, since at least the invasion of Crimea, has been seen as subverting American democracy and world stability. But this telling severely undersells how much the burden of the current state of affairs falls squarely on the West’s shoulders. Russia could not have achieved what it has without a healthy mix of complacency and wishful thinking on our part. The latest example of this has been Washington’s decision to lift sanctions on the Nord Stream 2 pipeline.

From the start, the Biden administration maintained a tough line on Russia, highlighting Putin’s continued military and political pressure on Ukraine, his support for the Lukashenka regime, and its brutal crackdown on Belarusian pro-democracy movement, and Russia’s facilitation of cyber-attacks on America and its allies. Taken alongside other moves, including shoring up NATO’s defenses, reassuring America’s allies along the Eastern flank and supporting our partners, and even issuing a joint communique after NATO’s latest summit in June that spoke of the allies’ enduring intent to bring Georgia and Ukraine into NATO, one could be forgiven for assuming the administration was pursuing a coherent, tough line against Moscow.

Then a sudden policy shift occurred: following a summit between President Biden and Germany’s Chancellor Angela Merkel, the U.S. State Department announced that the administration was dropping its objections to the final consummation of the Nord Stream 2 deal between Berlin and Moscow, allowing for the completion of another underwater pipeline that will carry Russian natural gas along the Baltic seabed to Germany, bypassing Ukraine and transit countries along NATO’s Eastern flank. Last Wednesday, the State Department and the German Ministry of Foreign Affairs issued a joint communique concerning the U.S. – Germany NS2 agreement, according to which the United States would end sanctioning Nord Stream 2, while Germany would invest in Ukrainian projects to help the country transition to green energy. It also declared that Berlin stood ready to impose sanctions on Russia in the event of Putin’s hostile actions against Ukraine.  Later on, Merkel spoke with Putin on the telephone; reportedly, the Nord Stream 2 agreement was one of the topics.

In practical terms, the U.S.-German summit decision on Nord Stream 2 means that Washington will not sanction the $11 billion pipeline project, allowing it to be completed, despite staunch opposition to it from a number of NATO allies, especially those that were former Soviet colonies now facing a revisionist Russian state. It affirms in no uncertain terms that the Biden administration sees Germany as the unequivocal leader of the European Union and Europe more broadly, and that it counts on Berlin’s help with shaping a larger European consensus on China. (That assumption is not likely to come true, considering that the PRC is now Germany’s largest trading partner and that Germany’s business community remains determined to stay fully engaged in the Asian market.)  And most importantly, the decision will have a wide-ranging impact on internal alignments within Europe, for Nord Stream 2, notwithstanding Berlin’s insistence from its inception that it was strictly an “economic project,” has always carried with it transformative geostrategic implications.

The project’s completion will further strengthen Berlin’s position as the dominant player in Europe (especially because since Brexit, Europe’s second-largest economy is no longer part of the EU.)  Germany will become the principal distribution center for Russian gas across Europe, at a time when the EU’s push for “green energy” will eventually force the closure of coal-fired power plants in Central Europe, increasing those countries’ dependence on German (Russian) gas and, hence, indirectly, Russia.  Since natural gas is regarded as a gateway to renewables, this development will allow Berlin to remain in the fossil fuel business while at the same time advocating for further de-carbonization of Europe’s power supply. Although some EU countries like Poland will continue to import LNG from the United States, and the so-called Baltic Pipe from Denmark designed to transport Norwegian gas to Poland will have some impact on Central Europe’s overall energy picture, it will not change significantly Russia’s dominant supplier position in the European natural gas market. It is worth remembering that effective Russian lobbying in 2011-13 against shale gas exploration in Central Europe further solidified Russia’s dominant position in conventional natural gas. (Shale has transformed the United States’ energy picture, making America again a net of exporter of energy; had it been successfully developed in Europe, it would have resulted in spot market pricing its energy market, directly challenging Moscow’s interests.) 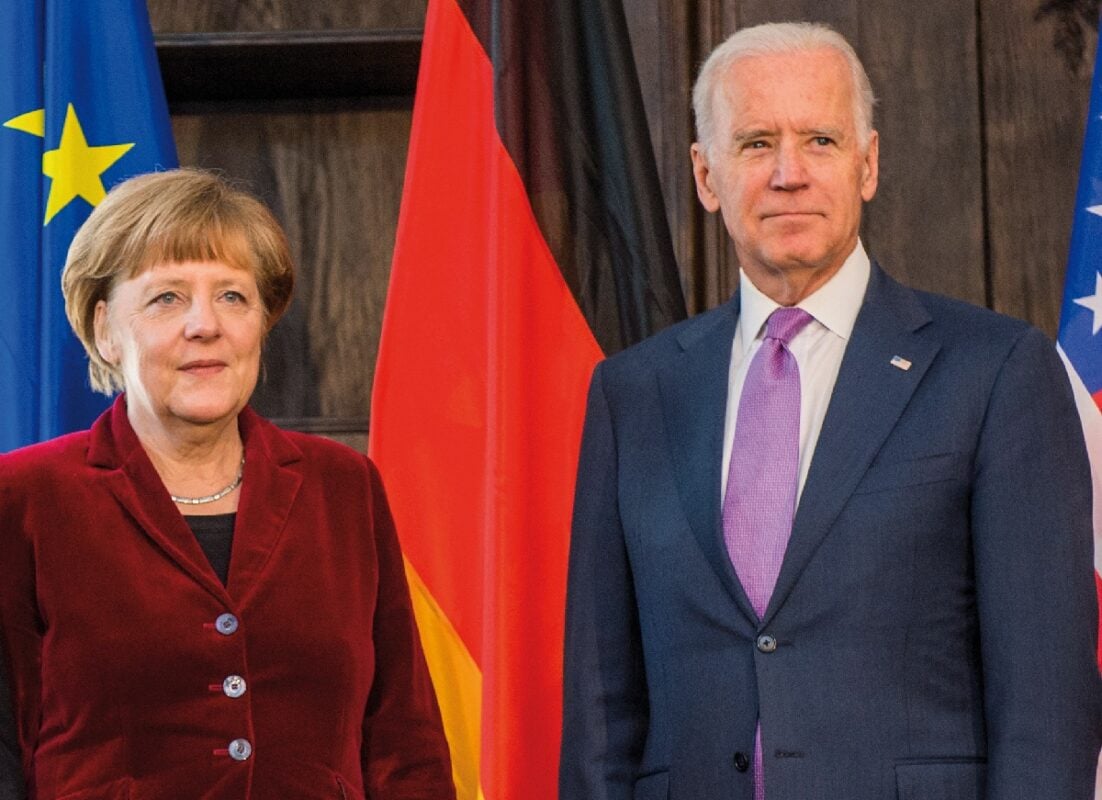 The most important immediate geostrategic implication of the U.S decision to drop NS2 sanctions is a deterioration of the security of Ukraine and Belarus, notwithstanding the declarations that the United States and Germany will work closely to ensure Ukrainian sovereignty is protected, that the transit deal across Russia that is scheduled to expire in 2024 is extended, and that the Normandy format for conflict resolution in Ukraine is supported. The positive thrust of such declarations aside, the joint U.S.-German communique lacks Russia’s buy-in, making the statement more an assortment of desiderata than politically implementable and enforceable commitments; in fact, Russia immediately condemned the communique as “hostile” to Russia, which speaks volumes about Putin’s intentions.

The transit issue is not only about the loss of billions of dollars in revenue for Ukraine, but most importantly, an unequivocal message that Russia is back in European politics, for clearly the security of Ukraine and Belarus has taken second place to the NS2 deal, as did the concerns and requests from countries along the Eastern flank, including NATO members, EU members, or both. The consummation of the deal sends a message to Putin that, notwithstanding all the rhetoric about multilateralism, he can cut bilateral deals and get away with it, sowing discord and mistrust between Berlin and other EU capitals. It is likely that once the last weld has been placed on the NS2 pipe, Moscow will be ready for a major military muscle movement in Ukraine, and will undertake political steps to effectively federalize Belarus with Russia, with little left for the transatlantic community to do but to protest yet again, for with Germany now clearly in a major energy partnership with Russia, and the United States confronted in the Indo-Pacific by a rising China, there is no clear pathway left for a cohesive transatlantic response should Putin decide to complete his process of re-gathering the lands that once constituted the Soviet imperial domain.

The strategic myopia of the NS2 decision is disheartening, for it shows our inability to learn from Europe’s evolution over the past three decades. The stunning transformation of post-communist Europe after 1990 was possible not only because of the powerful appeal of democracy and markets, but above all because Russia was literally expelled from the region. It was that factor above all others that allowed for NATO and then EU enlargement to the East, thereby creating the conditions that transformed Central Europe from a hyperinflation-ridden economic basket case into the most rapidly growing part of the European Union. National security and state sovereignty were the sine qua non of the successful transformation of post-communist Central Europe. Furthermore, the emergence of Belarus and Ukraine alongside the Russian Federation offered the greatest opportunity to date for Russia itself to break out of the imperial cycle. So long as the sovereignty of Belarus and Ukraine were preserved, there would be no back-to-empire pathway for Moscow, with the Russian Federation having at least a shot at becoming a “normal” nation-state.

In the final analysis, the reality of East European geopolitics is that, notwithstanding our focus on and support for Ukraine’s struggle to preserve and protect its independence from Russia, there are no one-country solutions across NATO’s Eastern fence, only regional ones. For NATO’s Eastern flank to be secure, there must be a regional settlement in place that preserves both Ukraine and Belarus as viable and secure states. Our failure on policy in Belarus is especially egregious, for if the United States and its allies do not at least endeavor to compete for influence in Belarus, Russia can shape Europe’s periphery, and in turn continue to compete for influence in Europe itself, as it has been increasingly able to do, in particular over the last decade. In light of the NS2 deal and what it signifies in geostrategic terms, Ukraine’s continued independence has been put further in question, while Belarus is no longer in a position to charter an even quasi-independent course of Russia, making a regional solution to the security equation in the region that favors NATO all but unattainable. And if Putin completes the process of re-assembling the Russian imperial core, his armor and missile installations will be right at NATO’s Eastern border.

As one surveys Europe’s recent history, there are only a few policy decisions that in hindsight deserve to be called transformative, for they set in motion developments that would shape power relationships between states for years to come. We have not yet seen the full impact of the NS2 deal, but arguably the consequences of the US-German agreement will reverberate across Europe for years to come.