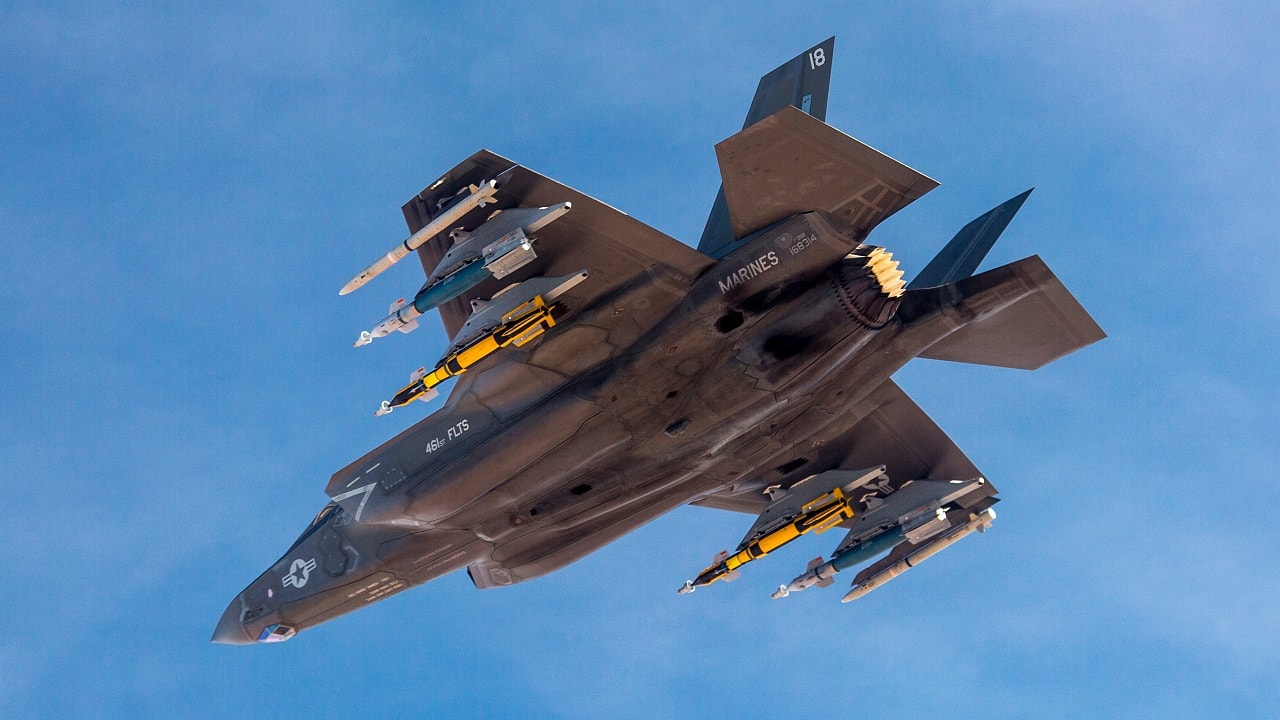 Did the Pentagon Make A Mistake Cutting the F-35 Order? – This month, three Lockheed Martin F-35 Lightning II fighter jets arrived at Israel’s Nevatim Air Base, bringing the Israeli Air Force’s total force to 33. An additional 17 of the high-capable fifth-generation stealth aircraft are still set to be delivered, bringing the total number of aircraft in service in the Middle Eastern nation to 50.

At the same time, Germany announced earlier this month that it would seek to acquire upwards of 35 of the fifth-generation aircraft for service in the Luftwaffe.

Switzerland and Finland also recently announced plans to adopt the jet, and Canada also confirmed on Monday that it would adopt the F-35.

Supporters of the Joint Strike Fighter program have continued to praise the capabilities of the fifth-generation stealth aircraft, which is in service with more than a dozen key allies and partners around the world.

Yet, back in the United States, it seems that the U.S. Department of Defense – spurred on by lawmakers who are concerned with the costs – announced last week that it would buy fewer of F-35 Lightning IIs in 2023. The U.S. Air Force has chopped its order of the aircraft by a third for next year, while the United States Marine Corps will buy approximately 25 percent fewer aircraft. The U.S. could even slash its order of the F-35C – the carrier-based variant of the Joint Strike Fighter. In total, 33 aircraft have been cut from the expected procurement of 94 aircraft for next year.

To date, the U.S. military has ordered approximately 2,400 F-35 Lightning IIs, while another 900 had been ordered from 15 foreign clients. Lockheed Martin has delivered around 750 of those as of the end of last year.

The rash move by the Pentagon to scale back on the F-35 comes following the January release of the Fiscal Year 2021 Annual Report, which suggested the Joint Strike Fighter program was in a “state of suspended development” and that “little progress” had been made last year.

Other factors that led to the scaling back of the Pentagon’s acquisition of the F-35 included the high operating and maintenance cost. Even as the F-35 order was scaled back, it was also reported that the U.S. Air Force would instead request 24 F-15EX jets built by Boeing, up from the 14 planned in the Fiscal Year 2021 (FY21) budget.

The Boeing F-15EX is an updated version of the F-15E Strike Eagle that was first introduced in the 1980s, and will replace the service’s aging aircraft. However, critics have noted that it lacks the stealth capabilities and is really just an updated fourth-generation aircraft.

A common complaint has been that the F-35 is too expensive, yet, Russia and China are moving forward with their respective stealth fighter programs. Supporters of the Joint Strike Fighter now believe that the DoD is making a critical mistake by going essentially backwards while near peer adversaries are forging ahead with more capable aircraft. It could be a very costly mistake.

It isn’t just the F-35 program that is in the crosshairs. It was also reported that the Air Force has called for a plan to divest 33 of the service’s oldest Lockheed Martin F-22 Raptors. If Congress approves the idea, it would send all but three Block 20 Raptors to the “boneyard” at Davis-Monthan Air Force Base (AFB) in Tucson, Arizona, and shrink the overall fleet from 186 to 153 fighters, Air Force Times reported on Monday.

However, that plan at least calls for the money saved to be redirected towards research for cutting-edge combat jet designs under the “ Next-Generation Air Dominance“, or NGAD, program.

The Air Force is clearly in a “cutting” mode, as the service’s budget for fiscal 2023 calls for cutting 150 aircraft, including older A-10 Warthogs, T-1 Jayhawks, and KC-135 Stratotankers, as well as the oldest F-22s.

More funding would go towards the B-21 Raider bomber, hypersonic weapons development, and the Next-Generation Air Dominance program.

Even as the Air Force will scale back its order on the F-35A, Air Force Secretary Frank Kendall told reporters last week that the fifth-generation fighter will still remain a central part of the service’s fighter fleet for years to come, and that the Air Force’s goal of buying 1,763 of the fighters remains unchanged.

“Of course we’re committed to the F-35,” Kendall explained. “We’re 15 years into production, and we’ll be building F-35s probably another 15 years. It’s going to be a cornerstone of the [tactical air] fleet for the foreseeable future.”

Unfortunately, it seems that some are still trying to kill it.