Lockheed Martin Surpassed 2021 Production Goal for the F-35: 2021 was a very good year for the Lockheed Martin F-35 Joint Strike Fighter program, as Switzerland and Finland each chose the highly capable fifth-generation stealth aircraft for their respective fighter jet fleets. It was just last month that Helsinki gave the green light to order 64 F-35s with weapon systems in a deal worth $9.4 billion dollars.

Denmark had received its first F-35 while the Royal Netherlands Air Force (RNAF) had become the eighth nation to declare its fleet of F-35s ready for initial operational capability (IOC).

Even more impressive for the F-35 Joint Strike Fighter is that Lockheed Martin announced this week that it had delivered a total of 142 of the fighter jets to U.S. and international customers last year, three more than was originally planned. The company had cited the efforts of suppliers and workforce for surpassing its original production goals for 2021, despite supply chains issues and the coronavirus pandemic and omicron variant.

F-35 Delivers Are the Key

Lockheed Martin had initially expected to deliver 133 to 139 jets in 2021, while the delivery numbers from last year surpassed the 123 F-35s that were delivered in 2020, when the novel coronavirus pandemic greatly impacted production and supply chain. What is also notable is that despite the continued Covid-19 pandemic, which has resulted in a serious global supply bottleneck that shows no signs of being resolved in the near future, 2021’s delivery numbers also greatly surpassed the 134 aircraft that were delivered pre-pandemic in 2019.

The defense and aerospace giant has also attributed the strong production numbers to the use of digital technologies.

“Smart tools, connected machines and augment realities all contribute to the delivery and sustainment of aircraft,” the company had noted.

Lockheed Martin has stated that “some of the F-35A deployments and exercises demonstrated over 80 percent mission-capable rates.”

The year was one of several milestones, and included the first operational deployment of the U.S. Navy’s F-35C aboard the aircraft carrier USS Carl Vinson (CVN-70) in August.

Additionally, the joint air wing of F-35Bs of Royal Air Force and United States Marine Corps was embarked aboard HMS Queen Elizabeth, the Royal Navy’s new flagship aircraft carrier, which took part in her nine-month-long maiden deployment. During that time the F-35s took part in combat operations in the Middle East, and performed in joint training missions with several partner nations including Japan and South Korea, and flew nearly 1,300 sorties.

“The F-35 joint enterprise team continues to provide unmatched combat capability to the 21st-century battlespace through the F-35,” said Bridget Lauderdale, vice-president, and general manager of the F-35 program.

“Providing unparalleled support to the growing fleet, participating in numerous joint-all domain exercises and meeting our delivery target during a global pandemic is no small feat, while the F-35 was also chosen by Switzerland and Finland as their next fighter,” added Lauderdale. “Lockheed Martin is investing in digital technology that advances the F-35’s 5th Gen capabilities long after delivery. We’re embracing digital transformation to enable faster development and continuous deployment of software, using digital models and supercomputers to augment physical test data with simulation-based verification, and automating data processes to save time and glean insights that improve sustainment.”

To date, more than 750 F-35s have been delivered to customers around the world. According to Lockheed Martin, the F-35’s operational performance also remains strong; with some of the F-35A deployments and exercises demonstrating greater than 80 percent mission-capable rates. And as one of the most reliable aircraft in the U.S. fighter fleet, 93 percent of F-35 parts have performed better than predicted.

For this year, Lockheed Martin has announced plans to deliver 151 to 153 of the fighter aircraft, and while fewer than the 169 jets it had initially scheduled for delivery, the defense contractor has stated it was expecting to deliver 156 aircraft to the U.S. beginning 2023 and for the “foreseeable future.” The U.S. government is Lockheed’s biggest customer, accounting for three-quarters of its sales last year.

The F-35 program is also moving closer to formal full-rate production of the combat aircraft. As a result of the increased production, the Naval Air Systems Command’s (NAVAIR) Naval Air Warfare Center Aircraft Division (NAWCAD), which is headquartered at Naval Air Station Patuxent River in Maryland, announced that it will aid in putting three early F-35 Joint Strike Fighters – two B models and one C variant – into long term storage, The Warzone first reported. Those prototype aircraft are no longer needed for testing purposes as the program moves from its testing phase.

“With the conclusion of the Systems Development and Design (SDD) portion of the F-35 flight test program, three of NAS Patuxent River F-35 Integrated Test Force (ITF) flight science aircraft (x1 F-35C and x2 F-35B) are no longer required to gather flight test data,” the notice stated. “Therefore, it has been determined at the F-35 Joint Program Office (JPO) that these aircraft will be preserved via a preservation/protection system (i.e. shrink wrap) and transported elsewhere for other uses at a later date.”

The F-35 is now one of the most successful fighter aircraft programs in history, and it is now a critical component of the U.S. defense strategy.

The fifth-generation aircraft are now in service with three branches of the United States military and with the military forces of 14 international allied nations, and has attracted interest from several other countries. To date, more than 1,585 pilots and 11,545 maintainers have been trained, and the F-35 fleet has flown nearly 470,000 cumulative flight hours. Nine nations have F-35s operating from a base on their home soil, 12 services have declared IOC, and six services have even employed F-35s in combat. 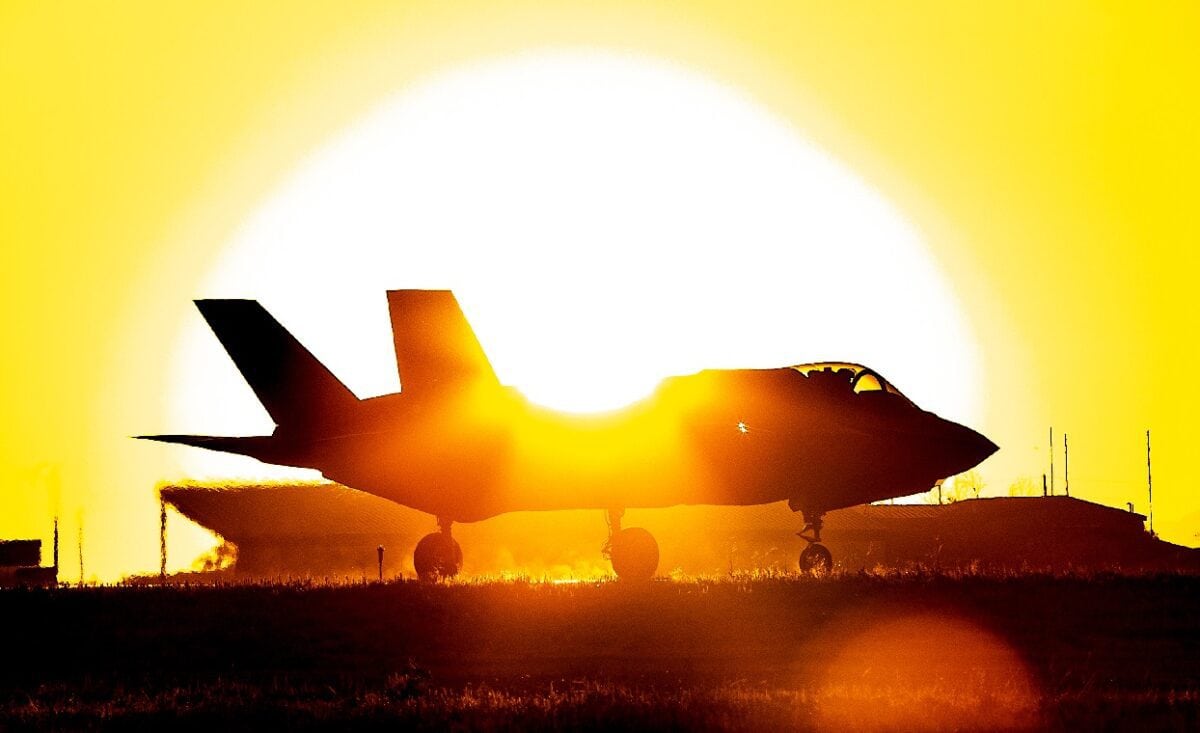 According to standard industry-accepted economic forecasting, the F-35 is also responsible for more than 254,000+ direct and indirect U.S. jobs.