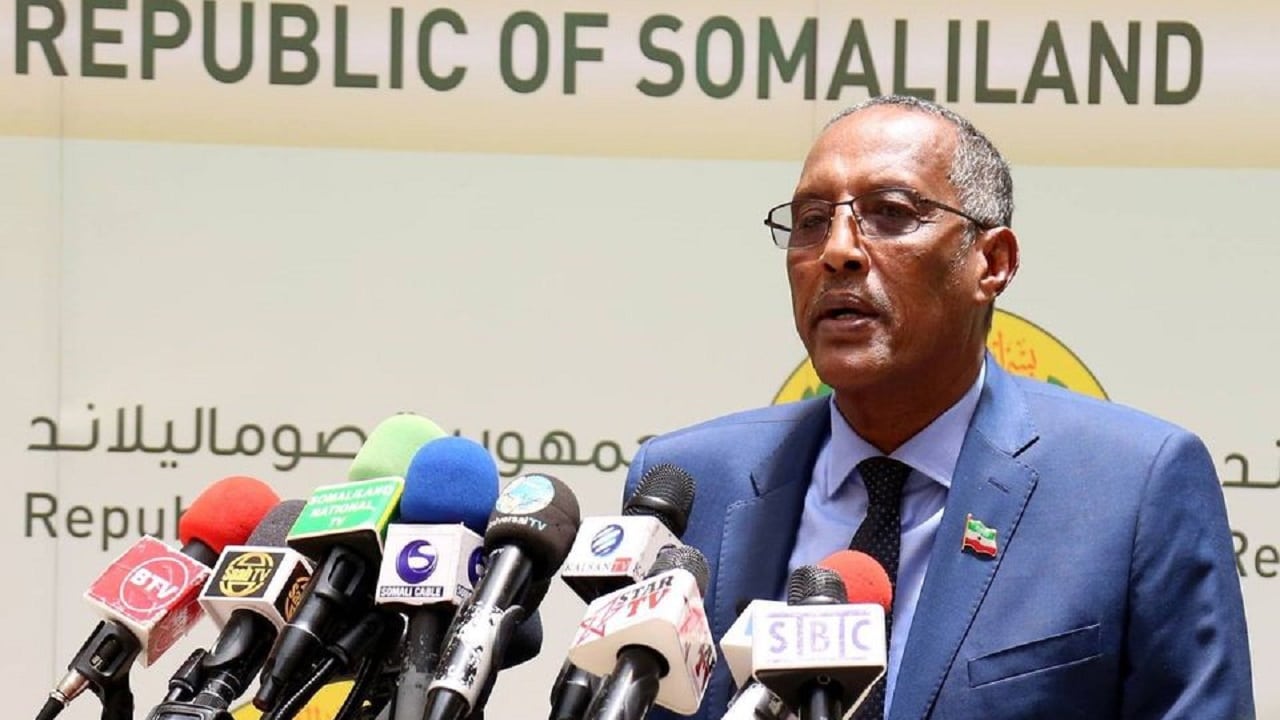 Somaliland President Muse Bihi is in the midst of a tour of Washington, DC. His visit—the first by a sitting Somaliland president—focuses attention on the unrecognized state’s quest for recognition.

No country today formally recognizes Somaliland, though its case for independence is strong. A former British protectorate, it has internationally recognized borders set more than a century ago. In 1960, it did briefly win independence—and all five members of the UN Security Council at the time recognized it. After five days, however, its leadership chose to join a union with Italian Somaliland to form what became Somalia. It was an unhappy marriage, turned murderous when Somali dictator Siad Barre began a campaign of genocide against the Isaaq clan. Somalilanders fought back and, in 1991, as the rest of Somalia collapsed and Siad Barre fled into exile, they declared their independence. Somaliland has governed itself democratically ever since and remained largely at peace.

While terrorist attacks are a near-weekly occurrence in Mogadishu, the last terrorist attack in Somaliland was nearly 15 years ago. Somaliland is safe: Westerners walk and drive around without security; crime is almost non-existent. Many Somali irredentists dream of reunifying Somalia, but Somaliland has now been separate from the rest of Somalia for longer than it was ever a part of it.

Bihi began his trip with a public address at the Heritage Foundation. The influential think tank’s president Kevin Roberts openly called for Somaliland’s recognition in his introductory remarks, and Bihi’s subsequent remarks made Somaliland’s case. Bihi also met with Molly Phee, the assistant secretary of State for Africa, who threw some cold water on his ambitions with a tweet, “Welcomed the opportunity to meet @musabiihi today and discuss strengthening U.S. engagement with Somaliland within the framework of our single Somalia policy.” Her remarks are boilerplate, but neither Somali irredentists nor Somalilanders craving recognition should interpret them as an indication that U.S. policy toward the region will remain unchanged.

Consider the Kurds: I began working on Kurdish issues in 1999 while holding a temporary fellowship at a small Washington think tank. Barham Salih, today the president of Iraq, was at the time the representative of the Patriotic Union of Kurdistan and had a tiny office on Capitol Hill. Barham—like Somaliland Representative Bashir Goth—was an intellectual and remarkable personality who intuitively “got” Washington.

He recognized most American policymakers cared little for internal Kurdish politics, and so kept his focus on the larger issues of justice, liberty, and democracy. While he befriended Congressional staff, State Department desk officers, journalists and think-tankers, he struggled, to get high-level meetings in the State Department or White House. When, 20 years ago, Kurdistan Democratic Party leader Masoud Barzani and his nephew Nechirvan visited Washington, Masoud threw a minor temper tantrum when both the State Department and Dulles Airport subjected him to ordinary security and refused to treat him as a VIP. Today, senior U.S. officials visit him at his palace complex.

My first visit to Iraqi Kurdistan was in September 2000, when I joined the faculty of the University of Sulaimani. At the time, I was one of three non-Kurdish Americans in the region. The State Department was standoffish, despite the strategic logic of closer ties with the Kurds. When I registered with the U.S. Embassy in Ankara prior to crossing into Iraqi Kurdistan, a condescending diplomat lectured me about how in her opinion the U.S. could prosecute me for violating U.S. sanctions on Iraq. (I had spoken to lawyers and understood the nuances: Because the Kurds did not stamp my passport and I did not spend U.S. dollars in Iraq, I was not in violation of sanctions). Within three years, circumstances would change and the United States would spend billions of dollars in the region.

Back to Bihi. Phee’s tweet does not matter. That the United States today recognizes a single Somalia is no secret. That an assistant secretary—not a desk officer and not a deputy assistant—met Bihi, however, shows the importance which the United States now attaches to Somaliland. Nor does a “One Somalia” policy preclude relations. The United States, for example, has a “One China” policy but still maintains a pseudo-embassy in Taiwan. Likewise, the U.S. commitment to Iraqi unity does not stop the U.S. Consulate in Erbil from functioning as a de facto embassy.

What Bihi, Foreign Minister Essa Kayd, and Bashir Goth understand but may Somali officials in Mogadishu and the trolls they pay with siphoned aid money do not is that the State Department executes policy, but it does not craft it. Here, the Congress matters more. The real triumph of Bihi’s visit may very well be the Congressional attention his trip has engendered. He has put Somaliland on the map for dozens of Congressmen, many of whom he will meet on his current trip. Importantly, he has found ample friends across the political spectrum, a rarity in Washington today. The case he can present for Somaliland is clear.

Somalia has no such resonance on the Hill, at the Pentagon, or in the White House. No matter how much money Mogadishu might spend on lobbyists, they can neither hide the reality of Somalia today nor explain why Somaliland can hold repeated one-man, one-vote elections with a fraction of the funds which Mogadishu politicians demand but on which they never deliver.

Herein lies another advantage for Somaliland. Two decades ago, the Kurds had no money. What little revenue they generated was, as with Somaliland, from customs and taxation. At the time, the Kurds never needed to pay their friends because the justice of their cause sold itself. Both the Turks and Saddam Hussein’s regime denounced Kurdish ambitions and accused Kurds’ friends of being on the take. What neither Turks nor Baathists realized, however, was that Washington interpreted such accusations as projection, a reflection of the corruption of Ankara and Baghdad. Today, the same pattern is at play with regard to Somali politicians and their trolls: Slander and calumny reflect poorly on Mogadishu but do not have any resonance among American policymakers.

Will America recognize Somaliland during Bihi’s trip? No, but increasingly policymakers recognize Somaliland’s merits and the justice of its cause. Two former national security advisors have signaled their support for the region, as have three former assistant secretaries of State. Some former officials are cowardly for not pushing the issue while in power, their influence matters as they mentor those who follow them. Likewise, the disaster of the Mogadishu-centric policies crafted by former U.S. Ambassador Donald Yamamoto may have a silver lining: Yamamoto’s promotion of Somali President Mohamed Farmaajo may ironically have been the best thing to happen for Washington-Hargeisa relations because they demonstrated the failure of the alternative. Indeed, a month after Yamamoto resigned, a Defense Department delegation quietly visited Berbera and offered a hugely favorable assessment of what they saw.

Simply put, Bihi’s visit is a strategic breakthrough. American policy is slow to change, but change it will. Just ask Iraqi President Barham Salih or Iraqi Kurdish President Nechirvan Barzani about how fast change can come after years of the State Department saying no. Bihi is laying the groundwork. Recognition of Somaliland’s independence is inevitable.