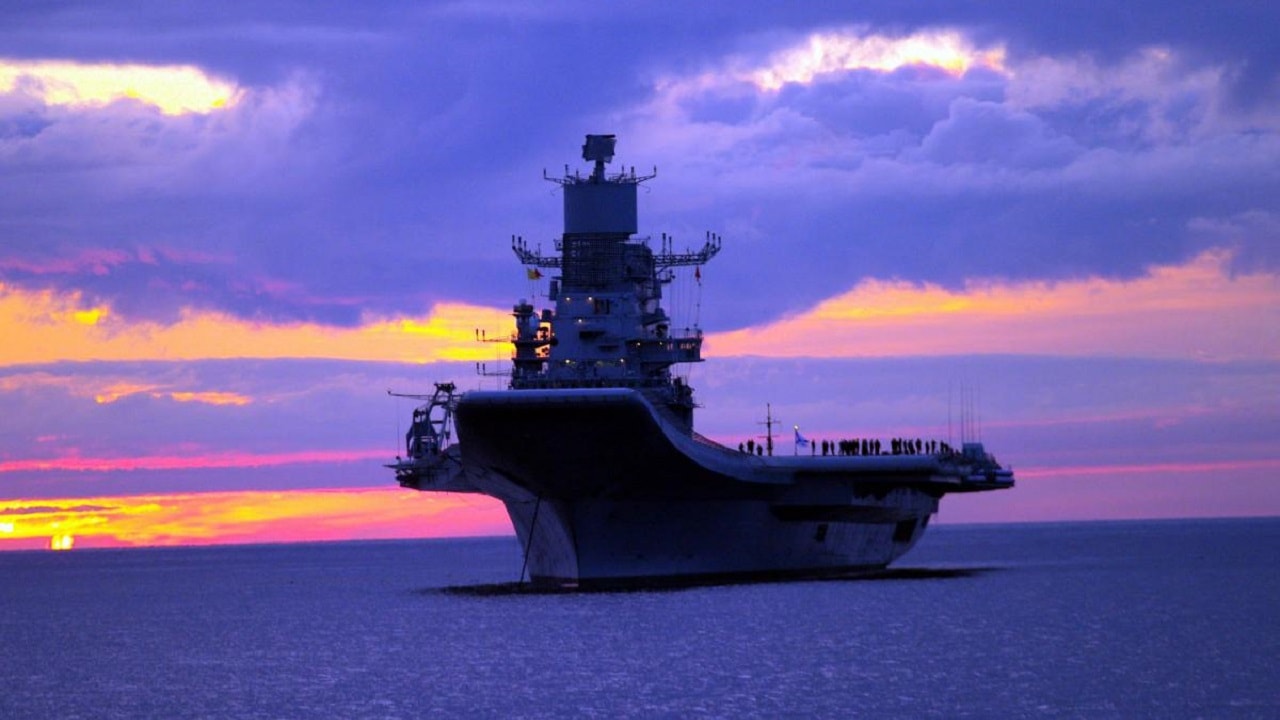 Vikramaditya in the Baltic Sea during sea trials in 2013.

Aircraft Carrier INS Vikramaditya: The Indian Navy’s Flagship Was Made in Russia as Baku – After the Second World War, the Royal Navy of Great Britain sold a number of warships – and that included several retired aircraft carriers. The Netherlands, Australia, Canada, and India all operated a former British carrier. Yet, today, the Indian Navy now operates a carrier from a nation not-so-well-known for such warships.

The INS Vikrant (IAC-1) is to be commissioned later this year, the flagship of the Indian Navy will be the INS Vikramadtiya, which began her carrier career as the Soviet Navy’s aircraft cruiser Baku.

Service With the Soviet and Russian Navies

The ship was an improved variant of the Kiev-class and is sometimes considered a separate class due to various improvements that included a phased array radar, extensive electronic warfare installations, and an enlarged command and control suite. She was laid down in 1978 at Nikolayev South (Shipyard No.444) in Ukraine, launched in 1982, and commissioned into the Soviet Navy December 1987.

The year’s long delay in commissioning was largely caused by software bugs in the new command and control system. She was one of the first Soviet warships to utilize such an advanced computer network system.

Baku served with the Soviet Navy and was renamed Admiral Flota Sovetskogo Soyuza Gorshkov in 1991. She continued to serve with the Russian Navy until she was decommissioned in 1996 due to high operating costs. The carrier had only recently returned to service after undergoing repairs for a boiler room explosion that had occurred two years earlier.

Despite the issues, the warship, which displaces 45,000 tons fully loaded and has a length of 932 feet, proved to be a modern and capable carrier. As with other Kiev-class aircraft cruisers, she could carry a maximum of thirty-six aircraft. As originally designed, Baku had an air wing that consisted of a squadron of twelve Yak-38 ‘Forger’ V/STOL aircraft, a dozen Ka-27 ‘Helix-A’ ASW/SAR helicopters and two Ka-31 ‘Helix’ AEW helicopters. Flight operations were assisted by the distinctive new Cake Stand TACAN.

Unable to maintain the warship, Moscow looked for foreign buyers and in January 2004, the carrier was sold to India for $2.3 billion, and subsequently underwent an extensive upgrade at Sevmash Enterprise. Rechristened INS Vikramaditya, she was commissioned into the Indian Navy on November 16, 2013, and officially entered service the following June.

Despite the efforts to keep the carrier well-maintained, INS Vikramaditya has been plagued by problems in the past several years. In 2016, two people were killed when a toxic gas leak occurred during maintenance work in the carrier’s sewage treatment plant compartment, while a fire broke out in the boiler room of the aging carrier in April 2019, resulting in the death of a naval officer from smoke inhalation, while several others were injured after fighting the blaze. A second fire occurred last May.

Even with a new flagship set to enter service, INS Vikramaditya will likely remain in service as New Delhi faces increased aggression from China in the Indo-Pacific region.