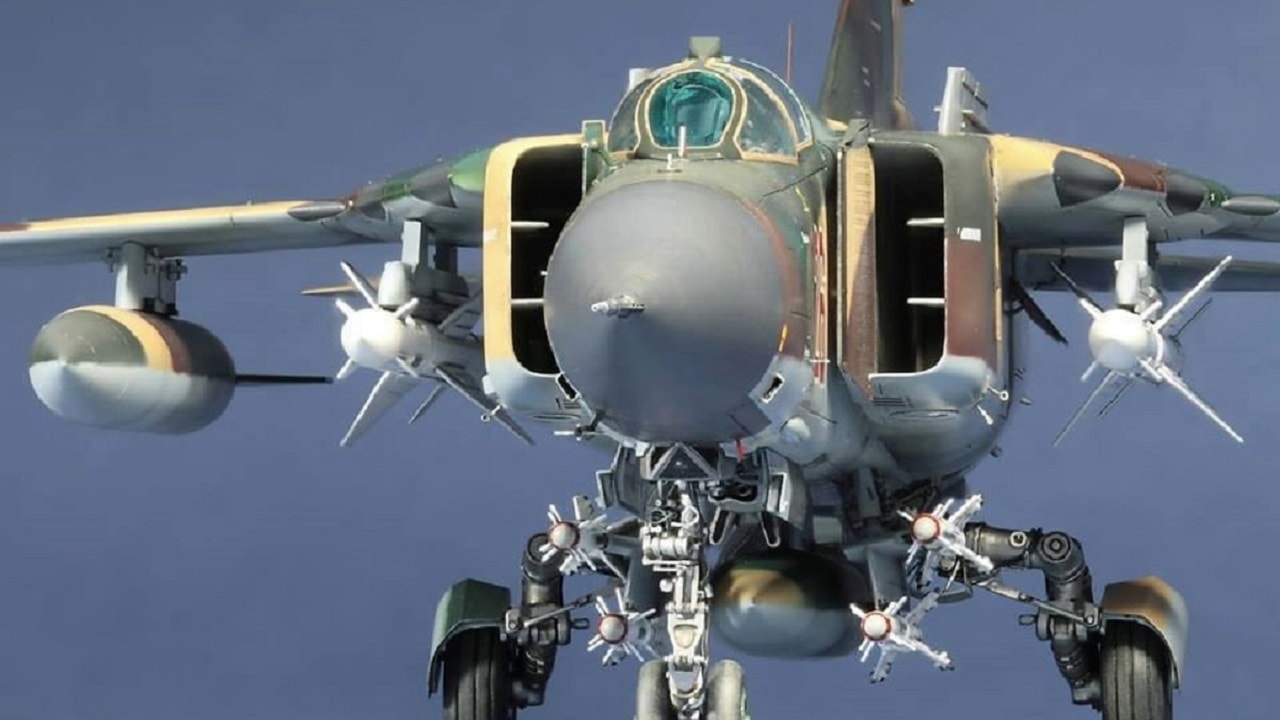 Compared to the MiG-21, the Flogger had great promise – its advanced radar and fire control system could fire missiles at targets beyond visual range, while its variable “swing-wing” geometry, was similar to that of the General Dynamics F-111 Aardvark.

As the first swing-wing fighter to enter service with the Soviet Union, the MiG-23 wasn’t without issues. It was reported to be difficult to fly and expensive to maintain, while its engines had a short service life.

It has been suggested that those factors contributed to the decision among Warsaw Pact nations to continue to operate the older MiG-21 alongside the newer MiG-23.

All that resulted in a rather poor reputation, and western observers believed it was merely a “serviceable” and “highly utilitarian” aircraft at best. However, in retrospect, that assessment may have been on the harsh side, and the MiG-23 has in recent years earned some respect as an impressive design that could match some of the western aircraft of the era.

It has been noted that performance-wise, the F-111 was capable of reaching a top speed of 1,650 mph whereas the MiG-23 topped out at 1,553 mph. Moreover, the Flogger had a range of just less than 1,600 miles, while the Aardvark could cover 3,660 miles without refueling.

However, the aircraft’s robust landing gear allowed the MiG-23 to operate from short, remote runways. In addition, MiG-23 pilots could select the wing sweep for low-speed take-off and landing or for supersonic flight. It was actually a compact aircraft that was just about two-thirds the size of the F-111, and employed a single-seat cockpit rather than the two-side by side cockpit of the F-111.

Despite all of this, many experts rightly point out its combat record and consider the MiG-23 a terrible aircraft. As one expert put it:

“There is no ambiguity here: the MiG-23 boasts a long, well-documented, and deeply embarrassing service record. The full extent of its failures is too great to recount in detail, but here are a few highlights. Over a dozen Syrian MiG-23 jet fighters were shot down by Israeli F-15s and F-16s over the course of the Arab-Israeli Wars. Iraqi MiG-23 jet fighters also fared even more poorly against Iran during the Iran-Iraq War, reportedly suffering upwards of fifty losses against Iranian F-14s, F-5s, and F-4s. Libyan MiG-23s were routinely outperformed by Egyptian MiG-21 jet fighters during the Libyan-Egyptian War, and two of these fighters were destroyed by two U.S. F-14 Tomcats during the 1989 Tobruk skirmish.”

And yet, the Flogger was a relatively affordable aircraft, and it proved to be reliable in other instances. This was clearly the Soviet Union’s best combat jet but proved serviceable.

Multiple variants of the MiG-23 had been produced, including the MiG-23MS, which was designed for foreign export and was less capable than domestic Soviet versions. Clearly, the masters in Moscow didn’t want their client states to be armed with anything as powerful as the Soviet Union possesses. 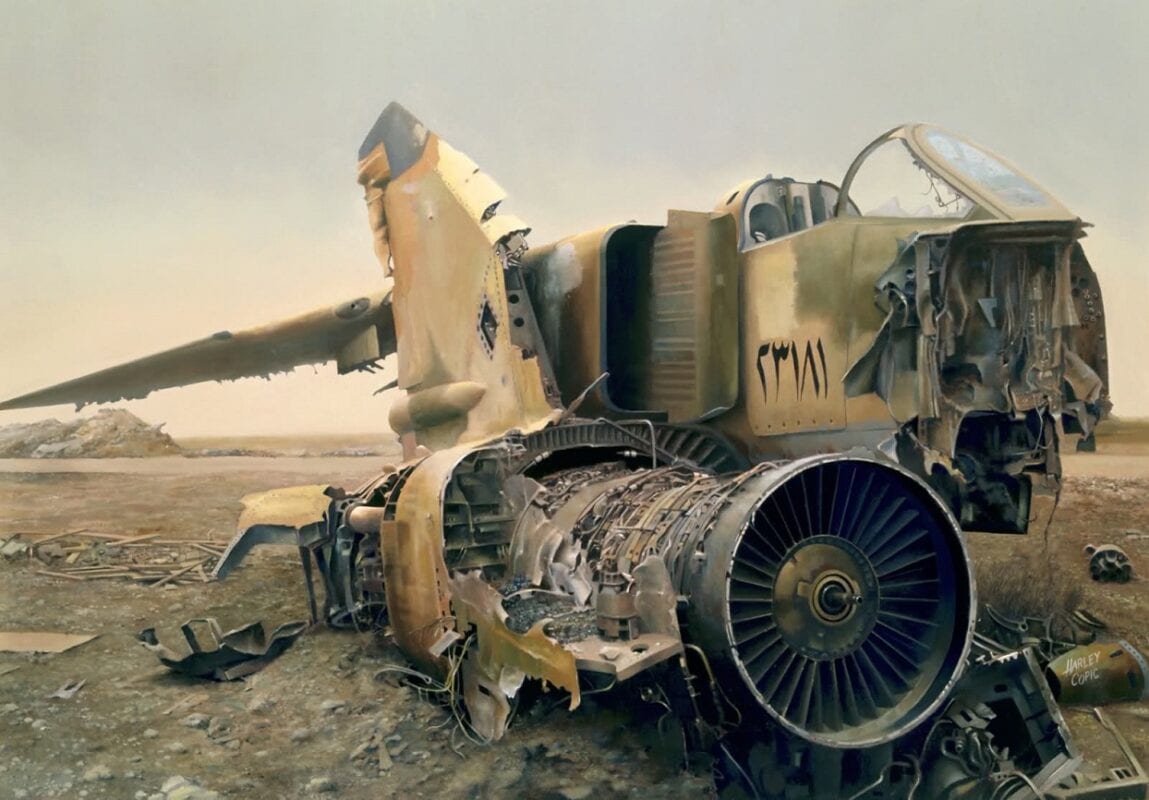 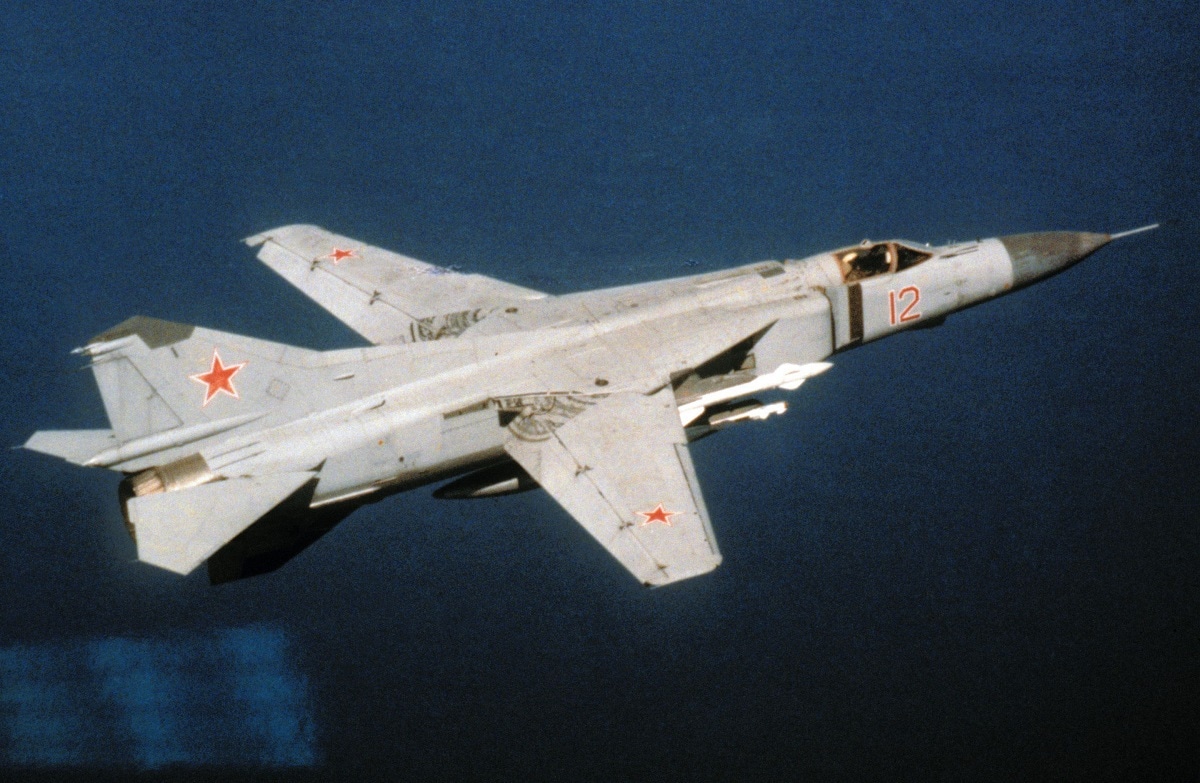 The MiG-23MS was equipped with a less sophisticated radar housed in a smaller radome. First delivered in 1973, it was given the NATO code-name “Flogger-E.”

By the end of the Cold War, more than 5,000 MiG-23s of all types were built, and the aircraft was only pulled from front line service with the Russian Air Force in 1999, while some aircraft remain in service with former Soviet partners including Angola, Ethiopia, North Korea and Syria.